Road studs or cat-eyes are a common sight on the roads of Pakistan. However, globally, especially in developed countries, these have long disappeared. Having been chiefly replaced with solar road studs, they are seldom seen anywhere.

However, Pakistan has quite the knack for welcoming obsolete objects. As car enthusiasts, it is slightly hard to hold back on adding the “new” model of City into the game. Coming back to the topic, these abnormal road studs were not displaced by the world for no reason. 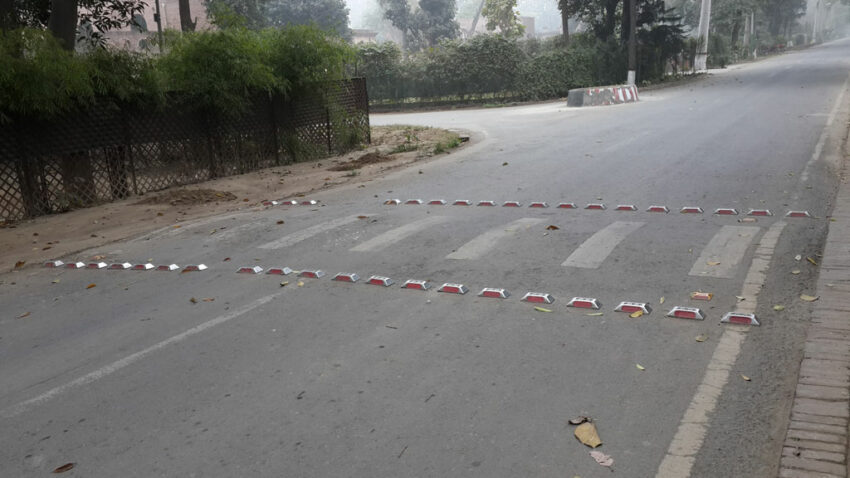 Brought into existence by Percy Shaw in 1953, they were initially placed to dictate the traffic. Especially at night, when the lanes became hard to see, they would twinkle, thus guiding the way of drivers. But, this wasn’t the case with those that were placed in Pakistan. From navigators, they updated to speed-breakers. What’s worse is that they were oversized.

If there were a single reason why these little metal pieces aren’t liked, we would state so. But there were several issues with these dangerously abnormal road studs. The major ones were that they put the life of the people at risk. Moreover, they were toxic when it came to the well-being of the machinery of vehicles. When cars go over them, they disrupt the functions of wheels, including the alignment. This particular factor made the vehicle potentially dangerous to drive around. And if it wasn’t enough, they resulted as poisons for the vehicle in general. A few of their effects included lethal damage to the tires and the suspension units.

After the discovery of their damage, another factor soon emerged. It appeared that these abnormal road studs could become loose as well. Therefore, during any event with a bit of traffic, they could hit any car or passenger when set loose by the tire of another car. This so happened in an incident on the road, with the loss of life. 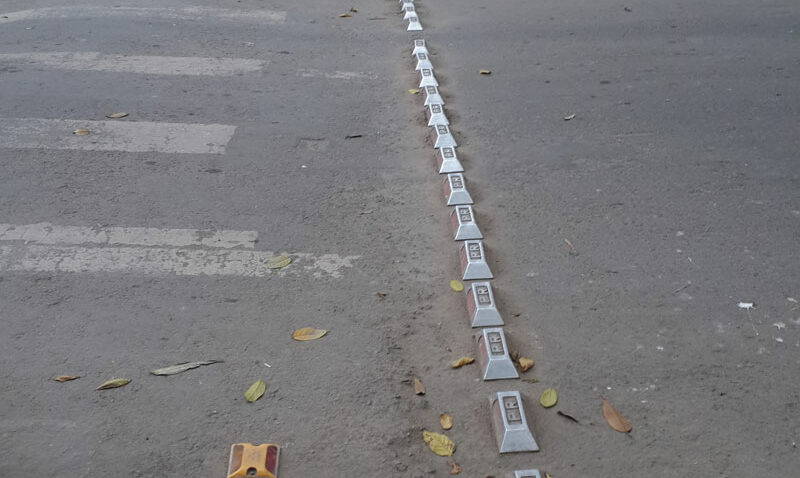 Upon multiple notifications to the authorities and the loss of an elite life, there was some action. However, it was soon dampened down. The reason for this was a claim made by Abdul Fateh, Director Roads and Maintenance, CDA (Capital Development Authority). He argued that these were necessary to keep the rash roadies at bay. He referred to their use as speed breakers, crucial. But did they do that job well? Well, we wish. Because apparently, the only way to dodge these obsolete troublemakers is to speed down their way. This notion is the direct opposite of what a speed breaker is supposed to do.

Despite failing every possible reason for adoption, these dangerously abnormal road studs or cat’s-eyes remain common. Action has been taken at several sites. However, the process is painstakingly slow and refuses to show visible progress. 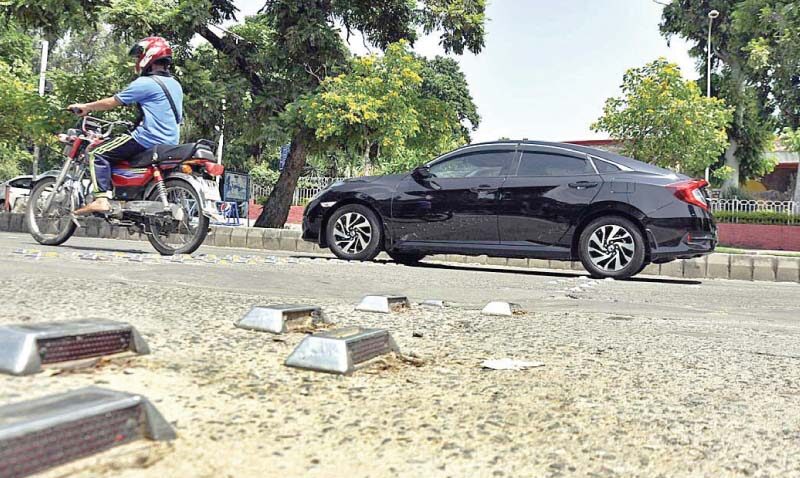 Despite attempts to remove them from significant locations, the lack of proper funds withholds the efforts. And however outrageous it may sound, there are still some higher authorities, which consider these essential to control adventurous driving. The time for replacing them was several years ago; now, it has evolved into a desperate ethical need.