The History of Honda HR-V

Honda Atlas has just launched the new HR-V in Pakistan. This is the second time the crossover has been introduced by the company in our country as the previous model that was introduced in January 2016 was discontinued after a short while due to poor sales.

Now that the latest Honda HR-V has arrived in Pakistan, lets take a look back at its history. The subcompact crossover that’s positioned as a B-segment offering is manufactured by Honda over three generations. The nameplate dates back to 1998 when the first generation HR-V was introduced. According to Honda, the name “HR-V” stands for “Hi-rider Revolutionary Vehicle”. The HR-V debuted as the J-WJ concept, which was among the four concepts in Honda’s J-Mover Series unveiled at the 1997 Tokyo Motor Show as well as the 1998 Geneva Motor Show. Based on the Honda Logo, the first generation HR-V was sold between 1999 and 2006 in Europe, Japan and selected Asia-Pacific markets. It was available in 3-doors as well as 5-doors iterations. 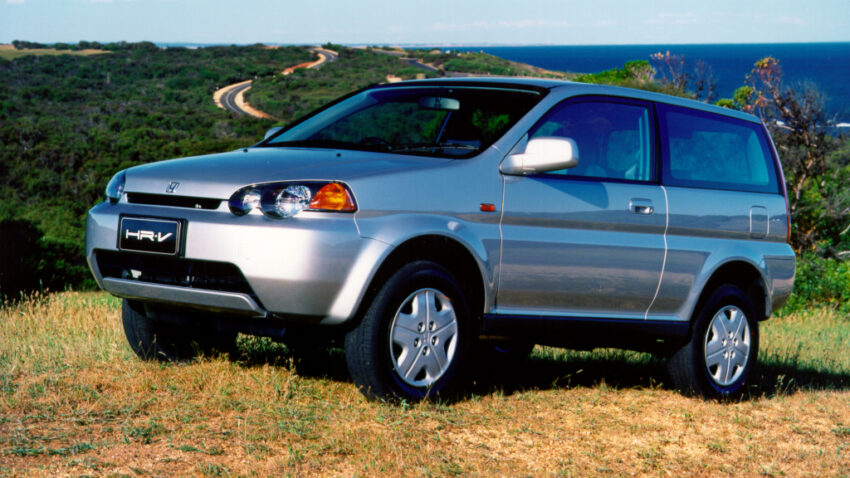 The first gen Honda HR-V was powered by 1.6L engines in standard and VTEC guises. Transmission options included 5-speed manual and  Multimatic S (CVT). The production of first gen HR-V ended in year 2006 and was succeeded by the 2nd gen Honda Crossroad. 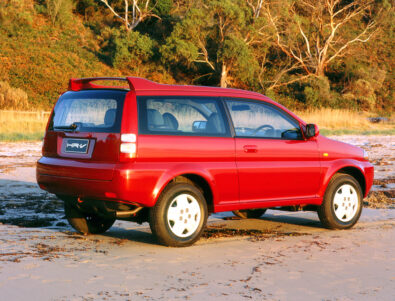 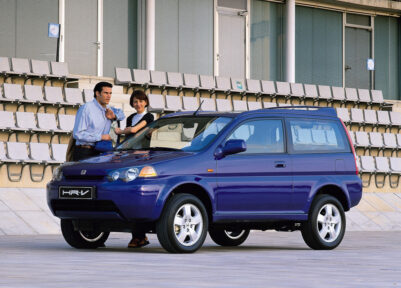 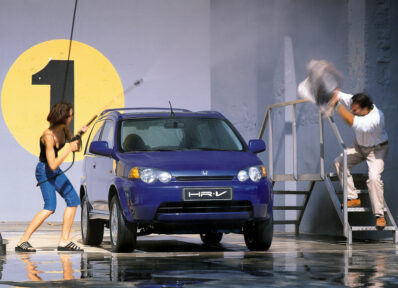 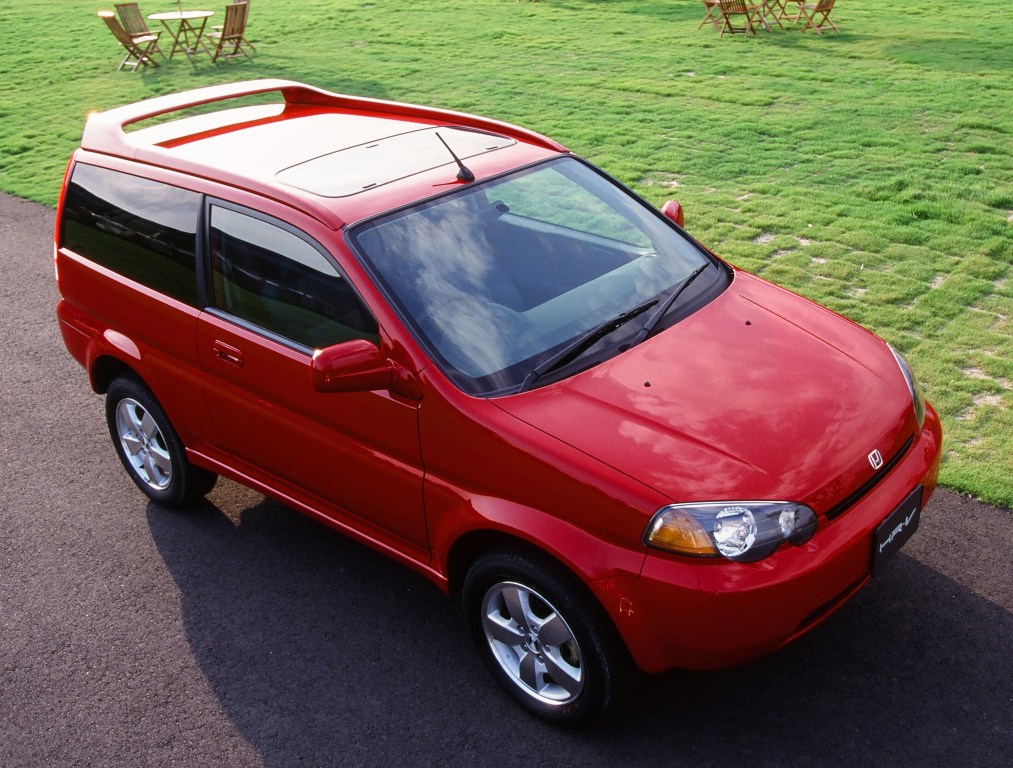 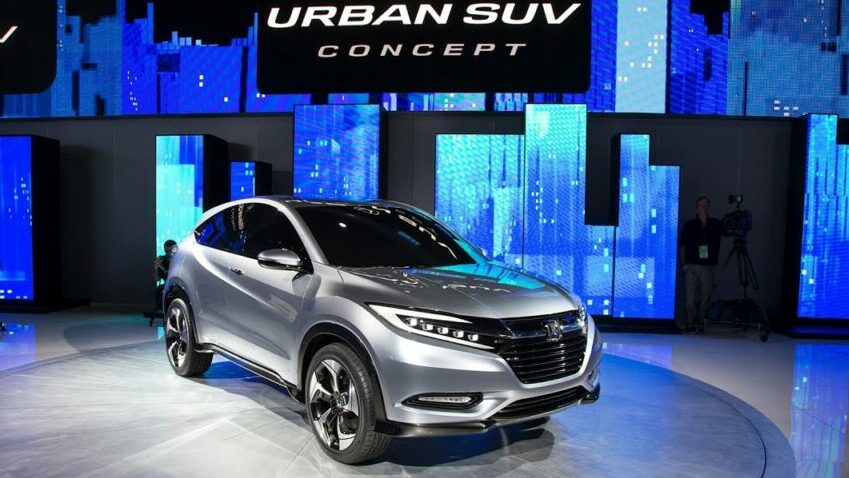 After a hiatus between 2006 and 2013, Honda reintroduced the nameplate for the second generation HR-V. The 2nd gen HR-V was previewed as the Urban SUV concept which was unveiled at the 2013 North American International Auto Show and was based on the third-generation Honda Fit. Production of 2nd gen HR-V began in late 2013 for the Japanese domestic market (JDM) where its sold as Honda Vezel. The vehicle retained the HR-V name for sale in international markets. While the first gen HR-V was produced in Japan only, the 2nd gen HR-V was produced in a number of Honda factories around the world including Mexico, Brazil, Argentina, China, Indonesia, Malaysia, Thailand, Taiwan as well as Nigeria.

The 2nd gen HR-V was available in a number of 1.5L engines in naturally aspirated as well as turbocharged guises. In addition a 1.8L petrol as well as 1.6L turbodiesel was also offered in selected markets. Plus a hybrid variant equipped with Honda’s i-DCD system was also available in JDM as well as few other markets. Transmission choices included 5-speed manual and 7-speed CVT while the hybrid variants were paired with 7-speed DCT gearbox.

The 2nd gen HR-V never fared well when it was introduced in Pakistan in January 2016 due to the fact that the vehicle was under-equipped, priced higher and saw a hard time competing with the JDM Vezel which was available in our market courtesy used imports. The JDM Vezel not only was better built, was rich in features & equipment, had better quality and was available cheaper than the brand new HR-V sold by Honda Atlas. A JDM Honda Vezel in Pakistan

Despite the Vezel being coming as a ‘used car’ in our market, it grabbed the attention of auto consumers in Pakistan who had developed a huge craze for this car while the locally available HR-V failed to get any traction. By 2018, the HR-V which was priced at PKR 42.44 had literally no one to buy the crossover and ultimately Honda Atlas had to discontinue it due to poor market response. 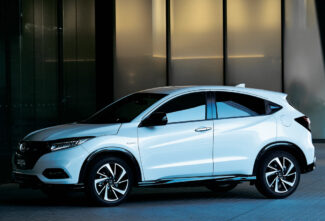 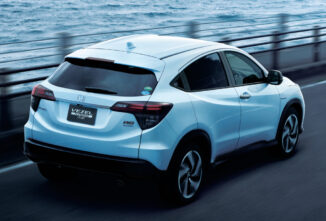 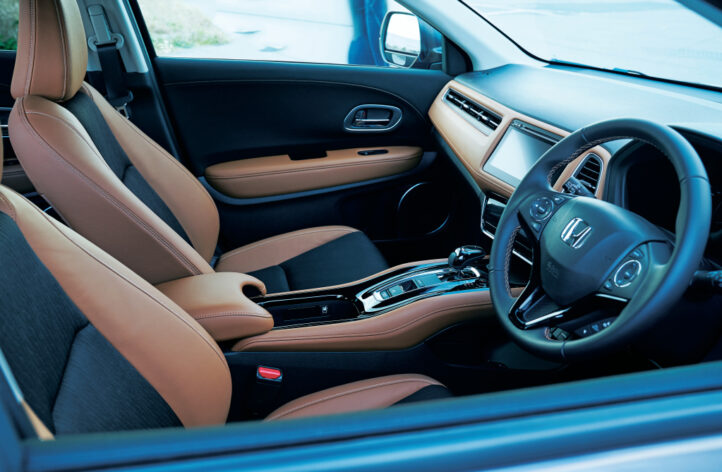 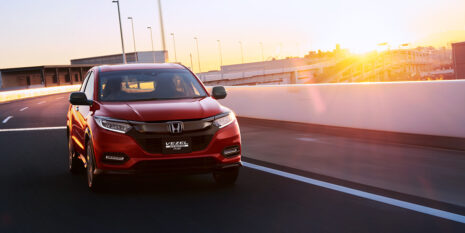 The third-generation HR-V is split into two different models for different markets. The global model (with “RV” model code) was first introduced in February 2021 and has been produced in Japan, Thailand, Indonesia, Malaysia, Brazil, Taiwan, China, a few European markets and now in Pakistan. The North American market received a different and larger model (with “RZ” model code) which according to Honda is there to “meet the distinct needs of U.S. customers.” Outside North America, this iteration is sold as the Honda ZR-V in selected markets. While this is the third generation of HR-V, the crossover is sold as the 2nd gen Honda Vezel in Japanese domestic market. As before, the new HR-V is available in a number of engine choices including naturally aspirated, turbocharged and hybrid powertrain options. Plus for the first time, a battery electric version of HR-V will be sold in Chinese market. Badged as e:NS1 and e:NP1 these electric versions will be manufactured for the Chinese domestic market by Dongfeng-Honda and Guangqi-Honda respectively.

Here in Pakistan we get the global RV iteration of the new HR-V. In terms of looks it is substantially different from its predecessor. The styling is very much coupe-inspired with a sloping rear hatch. Interestingly Honda’s signature solid wing face is not there at the front. Inside, the minimalist theme continues with simple dashboard design much like what’s there in the 11th gen Honda Civic sedan. In Pakistan the 3rd gen HR-V gets powered by 1.5L naturally aspirated engine that develops 121 hp of power and 145 Nm of torque and is paired to a CVT gearbox. There is no turbocharged or hybrid version offered here, while the flagship RS trim has also been skipped from being introduced in our country. While the previous HR-V was a marketing disaster for Honda Atlas, we will have to wait to see how the new 3rd gen HR-V performs here. The vehicle is priced at at PKR 59.99 lac for base variant while the up-spec S version has been priced at PKR 61.99 lac. 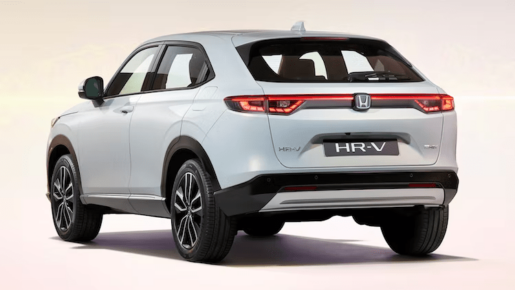