Earlier today a news went viral on the internet claiming that Pak Suzuki is about to launch the Limited Edition Mehran VX in Pakistan. However hours later, some media outlets denied the claim.

As per our sources, Pak Suzuki will be offering the VX variant with air-conditioner, which originally came equipped without one. The move may help the company clear out the piled up stocks since it suffered heavy losses in the past few months due to the ban on non-filers from purchasing new cars. Government however, has recently lifted the ban and has allowed non-filers to purchase vehicles up to 1300cc engine capacity. 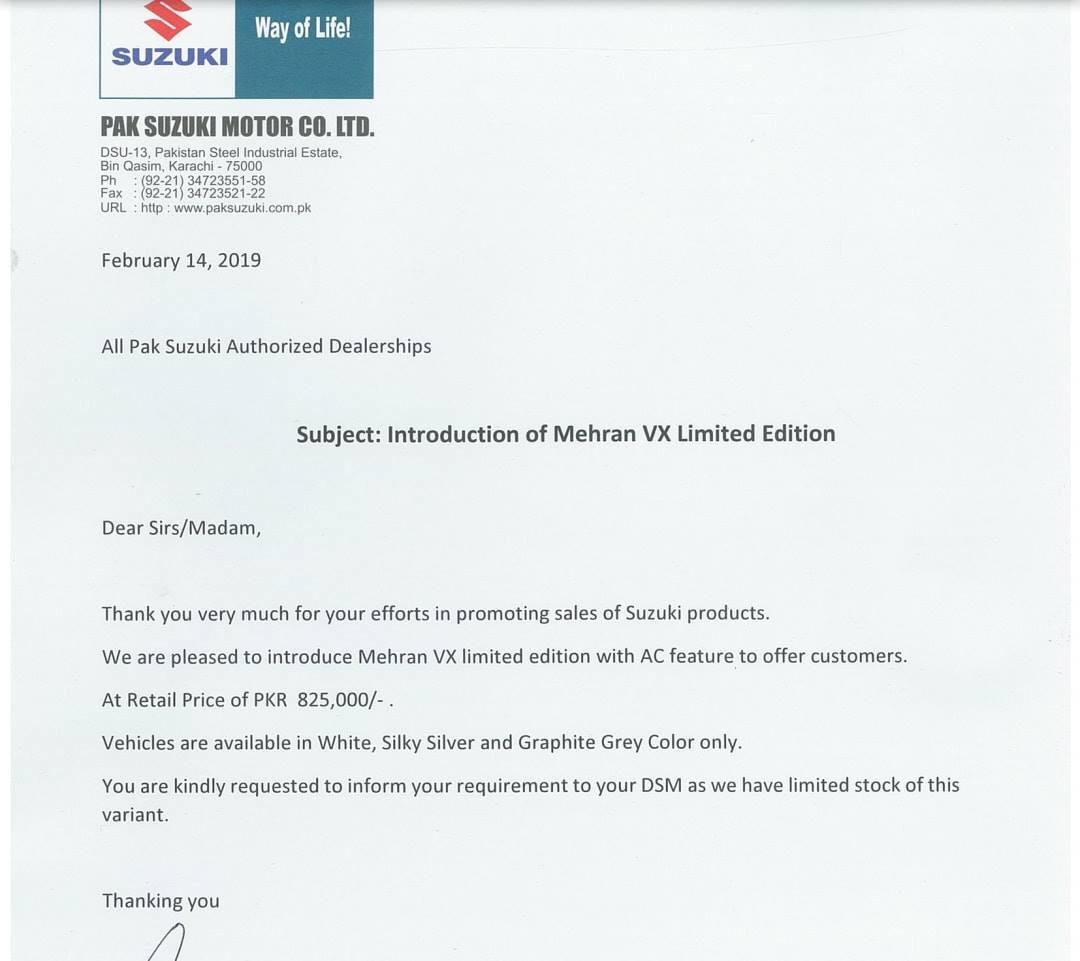 According to the letter that was circulating, the price of Mehran VX Limited Edition that comes equipped with air-condition will be PKR 8.25 lac and will be offered in white, silver & grey colors only.

Pak Suzuki is not planning to continue on with the Mehran as it officially announced to retire the hatchback (originally the 2nd generation Alto) last year, and is already in process of introducing the 660cc 8th generation Alto in Pakistan.

It remains to be seen whether Pak Suzuki will make a public statement regarding the clarification of this information. Else, the only thing that comes to our mind is.. “Yeh saarey mil kay humko pagal bana rahey hain…”