Toyota is carrying on an extensive re-engineering program for the development of a right-hand-drive (RHD) version of the Tundra. The full-sized pick-up truck is traditionally sold in the North American markets.

In a statement, Toyota Australia has revealed about the developments saying that it has partnered with the Walkinshaw Automotive Group for the re-development of the Tundra for right-hand-drive markets such as Australia, for Walkinshaw’s experience in this field of work. Prototype testing for RHD Tundra will commence next month. Approximately 300 units will be deployed around Australia as part of the final stages of its RHD re-engineering program. These 300 Tundra vehicles will not be put up for sale, and instead remain under monitoring for real-world usage conditions in Australia. This re-working of the Tundra from left- to right-hand-drive will involve components such as the steering column and rack, throttle and brake pedals as well as shift lever from the new Land Cruiser J300. Moreover, the Tundra to be deployed for RHD development will use an inline hybrid powertrain featuring the 3.5L turbocharged petrol V6 engine, Toyota said.

According to Toyota Australia VP of sales, marketing and franchise operations Sean Hanley:

“This is a dedicated re-engineering program, led by Toyota Australia and made possible by our global partners and is closely supported by our parent company and Toyota North America. It will utilize OE (original equipment) levels of design, development, testing and componentry rooted in Toyota’s deep commitment to quality, durability and reliability.” 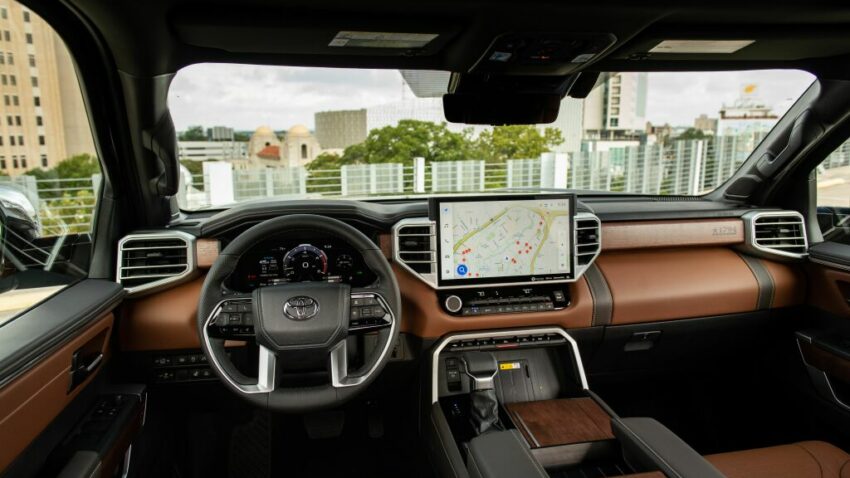 The launch of the new RHD Toyota Tundra (in Australian market) can be expected to take place in a year from now. However it is yet to be known which RHD markets other than Australia the full-sized pick-up truck will be headed to.