The all new Toyota Land Cruiser J300 is set to hit the local showrooms soon as Indus Motor Company (IMC) has hinted the arrival of the latest model on its website with a ‘Coming Soon’ tag.

The J300 debuted in July earlier this year and instantly became a huge success with waiting time exceeding beyond several months. The Japanese automaker is facing a hard time keeping up with orders specially in wake of high demand and semiconductor chip shortages. The crisis caused Toyota’s global output for the new Land Cruiser to dwindle by 40% already. However Toyota has now finally resumed deliveries of Land Cruiser 300 in right-hand drive markets. 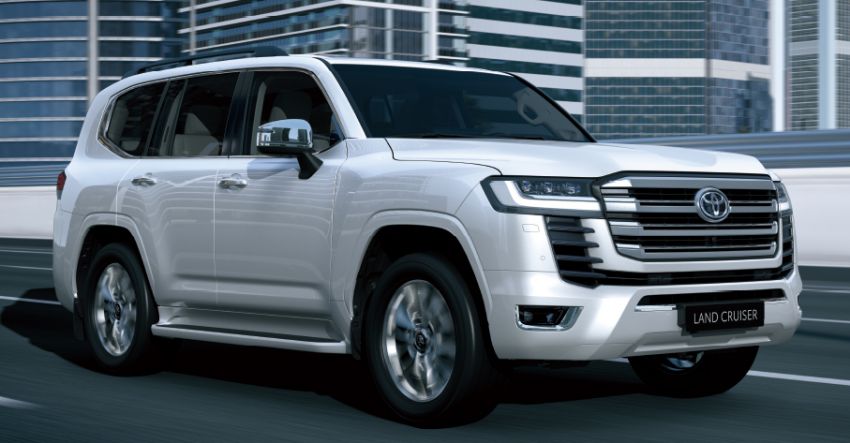 Built on the GA-F iteration of the latest TNGA modular platform, the Land Cruiser J300 continues to ride on the ladder-frame chassis and although the exterior design may look similar to the preceding J200 model, the performance, powertrain as well as the interior are a huge leap forward compared to the outgoing model. According to Toyota, the new Land Cruiser J300 is 200kg lighter than the old J200 and has a lowered center of gravity, improved weight distribution as well as an improved suspension structure with a host of safety assist systems on offer.

Under the hood, the Land Cruiser J300 gets powered by a range of V6 turbocharged petrol and diesel engines, replacing the V8 units from the LC200 series. There is a 3.5L twin-turbocharged V6 petrol engine producing 410 hp of power and 650 Nm of torque, while the diesel engine is a 3.3L twin-turbo V6 with 302 hp and 700 Nm of torque. Power is sent to all wheels via a 10-speed automatic transmission. A naturally aspirated V6 petrol engine with a 6-speed automatic gearbox will also join the lineup later on and will be introduced in selected markets. 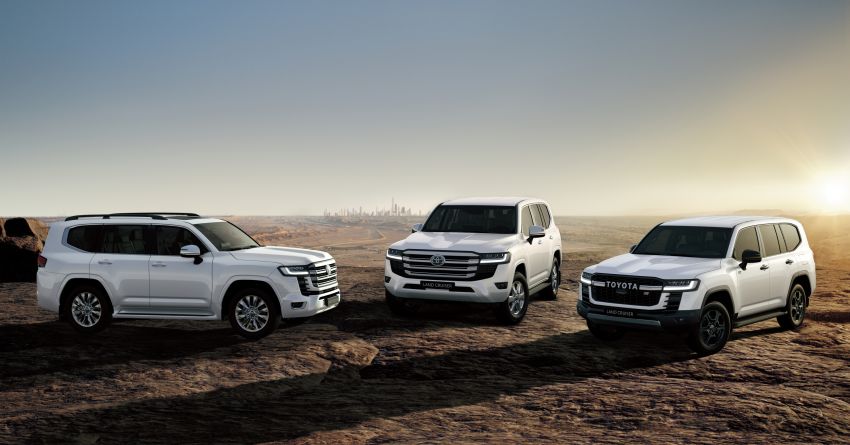 Although there is no official word on pricing but according to our sources, one can expect the new Toyota Land Cruiser J300 to be priced around Rs 60 million+. Stay tuned to CarSpiritPK for more updates.

wpDiscuz
Tags:IMCIndus motorsLand CruiserToyota
previousMandatory Airbag Requirements Might Put an End to These Cars
nextTurkey’s TOGG to Debut at CES 2022 with Electric SUV and Sedan