Toyota says customers will have to wait for up to 4 years to get delivery of the new Land Cruiser J300 SUV. The Japanese automaker says the delay is not related to the global chip shortage or the supply chain crisis however, it refused to comment on the reasons behind the long delivery time.

Meanwhile, Toyota says it is slowing production at up to 11 of its plants in Japan due to rising Covid-19 infections among its workers and at parts suppliers. According to the company:

“As Land Cruiser is very popular, not just in Japan but around the world, we apologise it is expected to take a long time before we can deliver the product. There is a possibility it could take up to 4 years if you order now. We will continue to shorten the delivery time and we appreciate your understanding.” 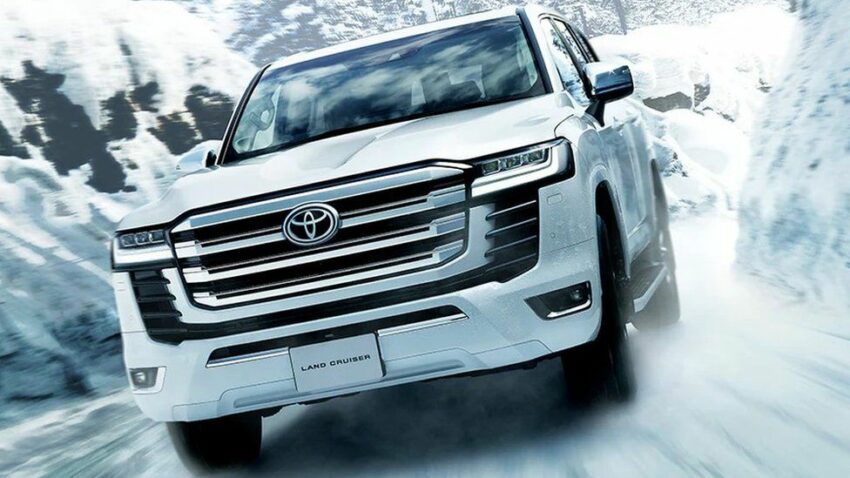 Ever since the new Land Cruiser debuted in June 2021, there has been a strong demand for the new J300. Business tycoons, industry titans and wealthy politicians around the world who can’t afford to compromise on status besides performance, luxury and practicality are eager to get their hands on the new machine.

The new Land Cruiser is only built at Toyota’s Yoshiwara plant in Aichi, Japan, however as per reports Toyota is considering to ramp up the production of new Land Cruiser J300 in order to meet the demand. The J300 is also being teased with a ‘Coming Soon’ message on Toyota Pakistan website, but there is no official word regarding the launch timeline of the SUV.