United Motors are the latest to announce the increase in prices across the lineup in wake of rising shipping & raw material costs and depreciating currency value against the US Dollar. The revised prices will take effect from the 1st of December 2021 according to the company notice.

With an increase of Rs 119,000 the price of 800cc United Bravo hatchback has now reached Rs 1,149,000 whereas the 1000cc Alpha hatchback has witnessed an increase of just Rs 49,000 after which it is available for Rs 1,399,000. The new ex-factory prices are applicable on all new orders made after 1st of December 2021. Freight charges & advanced income tax is not included in the above mentioned price & will be additionally charged. 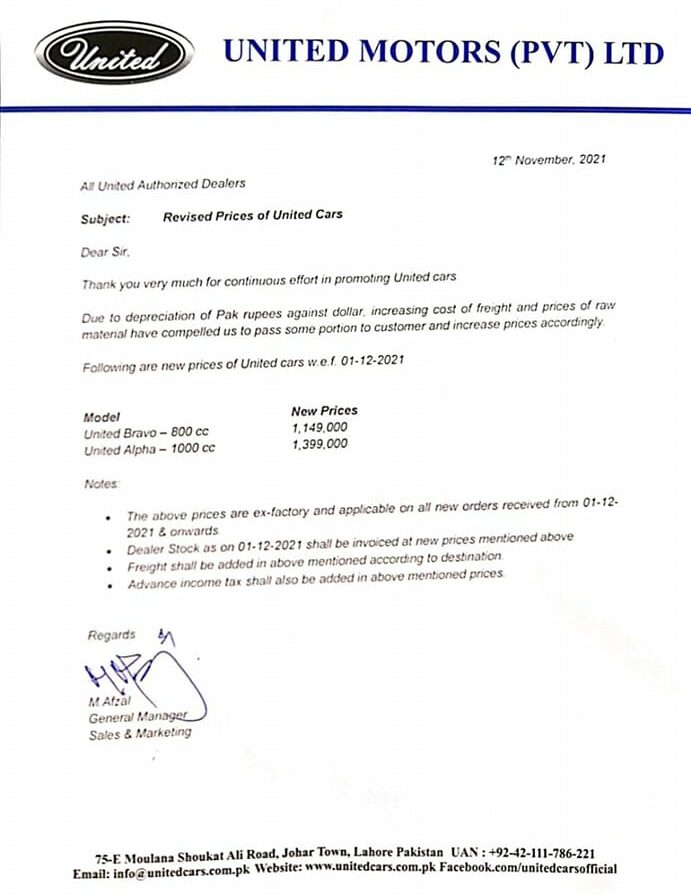 Now that most of the automakers have already increased the prices of cars assembled in Pakistan, there are some left which are yet to announce the revision. The new prices of Changan, MG and Proton are also expected to be announced in near future. However according to sources, if Rupee is further depreciated, car prices will see another hike after January 2022.