Following the footsteps of every other auto assembler in Pakistan, United has now increased the price of its newly launched Bravo hatchback. 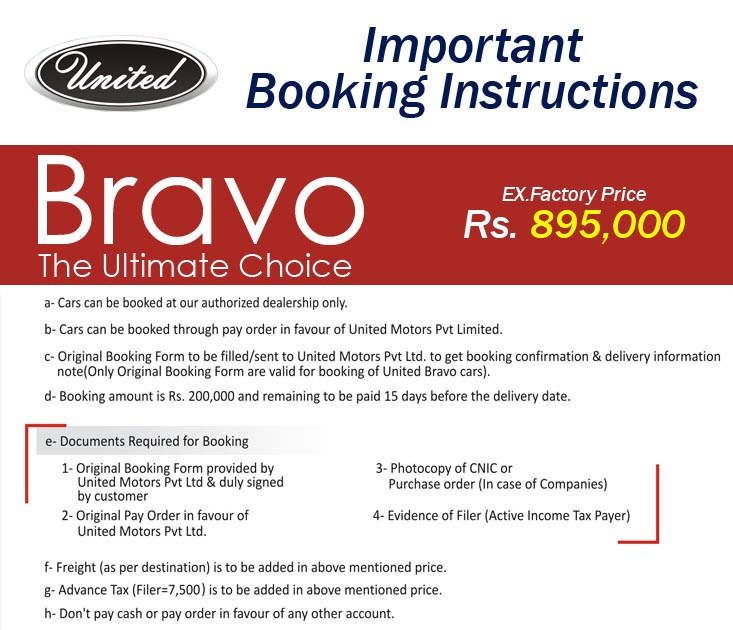 United has already started assembling the Bravo hatchback locally and has stated that the price increase has been made due to the depreciating value of Pak Rupee which has affected its business operations in terms of CKD imports.