It’s a common saying that “ek baar jab pesay barh gaey, phir kum nahi hotay” (prices once increased, never come down), however in a surprising move yesterday, United Motors announced to reduce the price of their 800cc Bravo hatchback amid strengthening Rupee value against the US Dollar in open market. 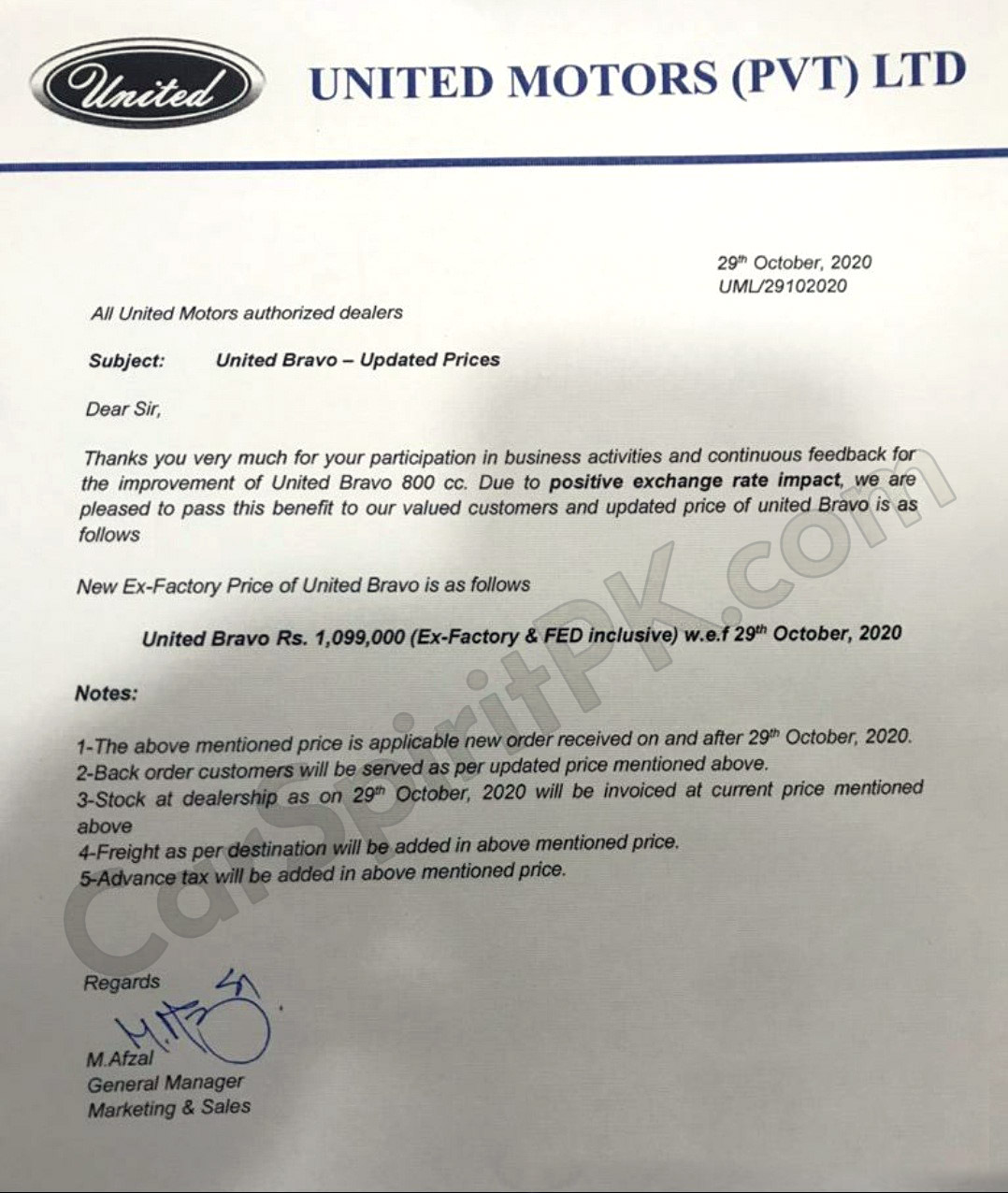 The company while transferring the forex benefit on to the consumers reduced the price of Bravo by Rs 100,000 after which the hatchback now retails for PKR 10.99 lac. Although one might argue that the price of United Bravo is still PKR 1.75 lac more than what it was in July last year when 1$ was equal to Rs 160 odd rupees, exactly for what it is being traded today. Still the price reduction is a welcome gesture and should be followed by other automakers which have substantially increased car prices particularly during the last couple of months even when Pak Rupee has been on course to regain its lost value against the Dollar.

Car prices are up to 12% higher than July last year considering the Dollar values exactly the same as it was in July 2019. We believe its time other assemblers follow the footsteps United Motors to give some relief of positive forex change to the consumers in form of lowering the prices as it will significantly boost the sales of locally assembled vehicles.