Up Close with the Sazgar BAIC D20 Hatchback

Sazgar Engineering Works acquired “Category A- Greenfield Investment Status”, under the Auto Policy 2016-21 in March 2018. The company is in process of introducing a range of vehicles including the D20 hatchback, X25 crossover and BJ40 SUV which were also displayed at the PAPS 2020 expo in Lahore earlier this year.

The recent news regarding the company’s intentions to launch the D20 sedan in Pakistan brought Sazgar back into the spotlight. According to Ali Hameed, the Director Marketing at Sazgar-BAIC, the D20 sedan will be priced same as Suzuki Cultus which leads us to believe that the car will be priced somewhere around PKR 18.0 lac to 20.5 lac (ideally).

Both D20 sedan and hatchback share the same platform, interior, same set of engines as well as the exact same equipment on offer. Luckily Mohammed Abdullah of CarSpiritPK recently got a chance to get himself close to a BAIC D20 hatchback in Lahore and witnessed the test unit in detail. His initial impression will help you establish a better idea of this upcoming vehicle. As Abdullah puts it:

“I spotted the BIAC D20 hatchback parked at the Emporium Mall, as usual, I shamelessly started taking pictures of the odd car that I had found. While I was doing that, the person who was the driver of the car arrived and he was courteous enough to let me take pictures, even from inside. So I took all the pictures I could and even sat inside.”

In terms of looks, the BAIC D20 has a decent design. As revealed earlier it’s pretty much inspired by the first generation Mercedes-Benz B-Class. This is because BAIC has close ties with Daimler and since 2003 operates a joint venture in China that assembles Mercedes Benz vehicles. In fact the BAIC D20 is based on 2004 Smart Forfour platform so it isn’t an ordinary Chinese replica vehicle you get in case of United Bravo or Prince Pearl which came into being in some unknown Chinese factory. 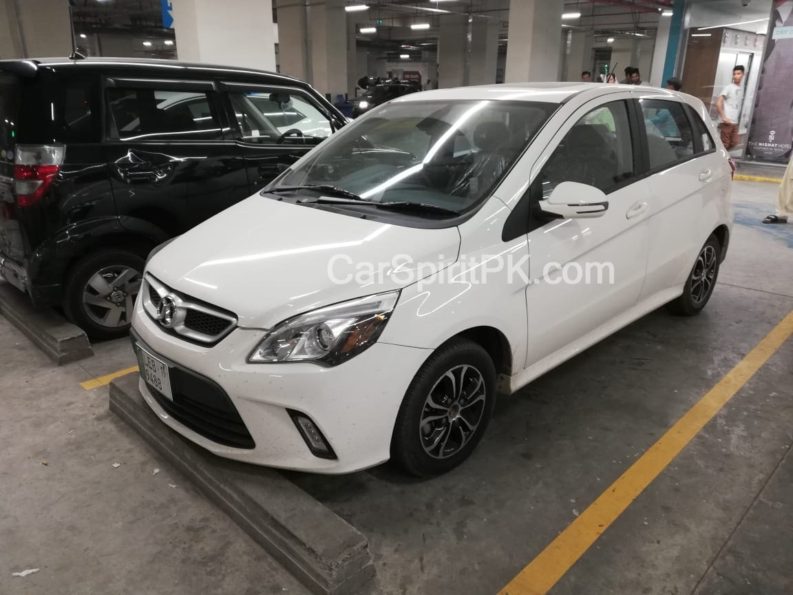 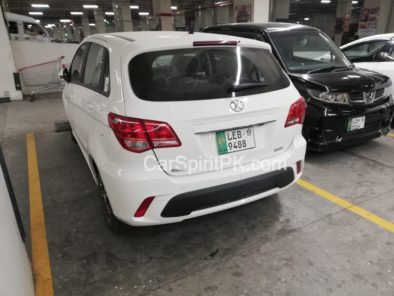 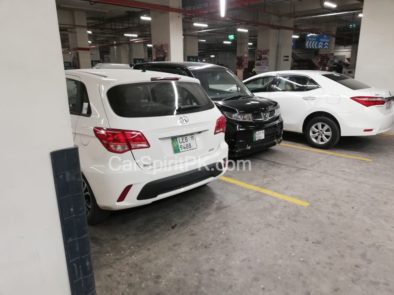 Also when you see this one parked next to other vehicles including local assembled ones as well as the JDMs, it gels well with the two & doesn’t look like an alienated vehicle. The quality of the vehicle especially when you observe the fitment of panels & gaps as well as the paint was very much flawless.

Once you step inside, the black color coded interior with silver accents welcomes you. The design is much better than what you get with the FAW V2, but it looks somewhat dated and obviously so, since the vehicle was developed back in 2011/12. 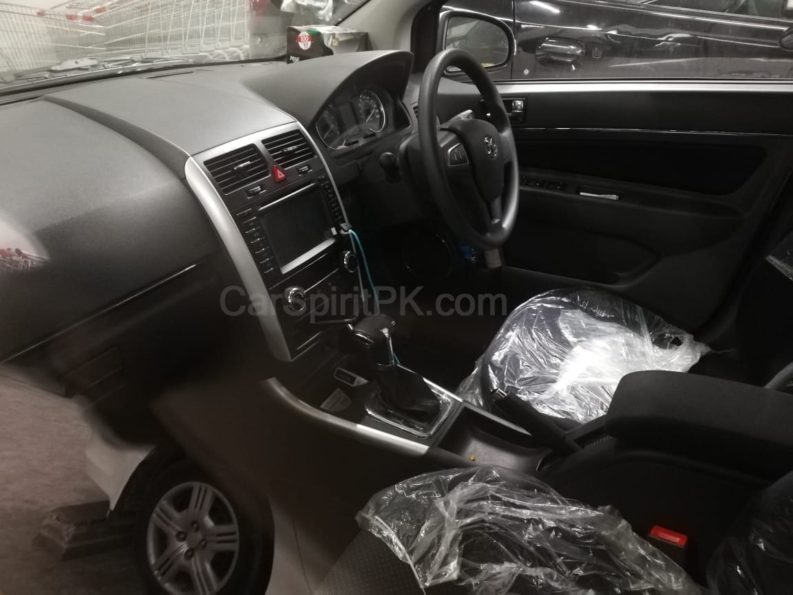 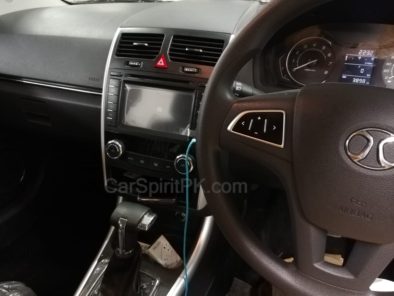 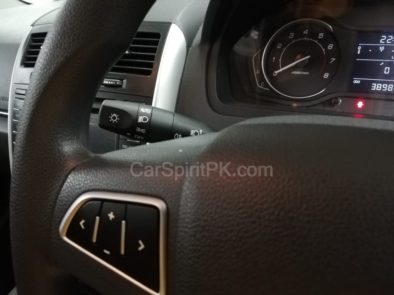 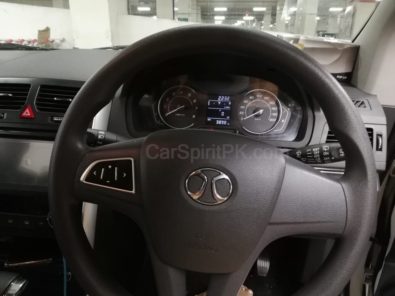 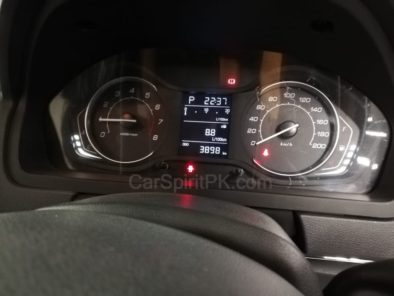 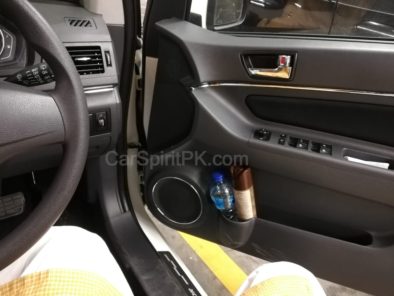 You get a steering wheel with audio controls on the left spoke but the right one comes empty. There is a touchscreen multimedia system, under which there are radial knobs for the air-condition operations & other vehicle controls underneath. The automatic gear level is nice & chunky and feels good to get hold of one.

The speedometer has analogue dials for tachometer and speedometer between which there is a digital multi-information display. On the extreme ends, the temperature & fuel information is also displayed digitally. The door panels are again much better than what you get in the FAW V2, & comes with bottle & document holder embedded into one. As for quality you can rate it above any local assembled Suzuki for sure but still we believe it leaves much to be desired.

The test unit had a 1.5 liter under its hood and obviously we were not able to test drive it, the engine felt raging when we revved it though. However it was louder than expected perhaps either due to average sound insulations or the workmanship of the engine itself. The vehicle had less than 4,000km on the odo so it wasn’t actually an abused unit. 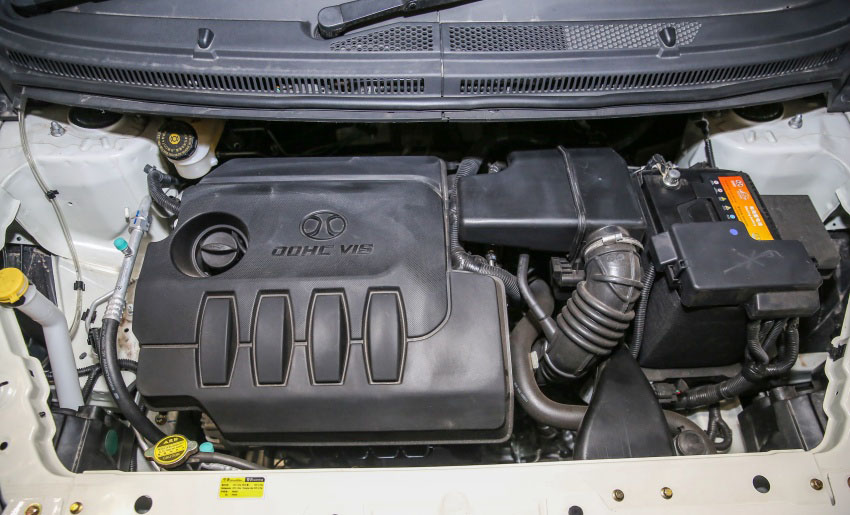 “I checked out the plastics and the upholstery and found it to be fairly okay. I even got to fire up the engine and rev it a bit. I had arrived to the mall on a 2nd gen Toyota Prius and had recently sold our FAW V2 so I could compare it with both. So the engine noise wasn’t the best insulated out there but it was at least as good as V2 if not more. The seating position was lower than Cultus (Celerio) which I think of to be a good thing. Kudos to the driver of the car who let me check it out!”

If Sazgar is able to price this car equivalent or below the Suzuki Cultus as they say they will, then it will surely be able to draw customers in huge numbers and may even create problems for the upcoming Proton Saga & Changan Alsvin sedans in addition to the already available ones here. 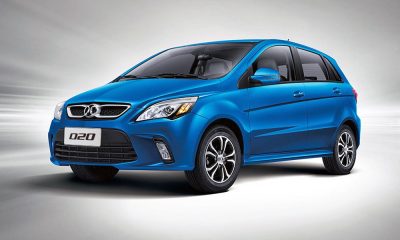 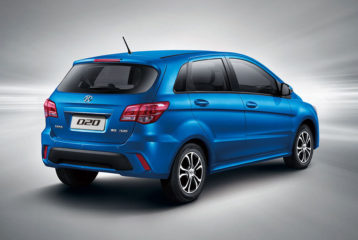 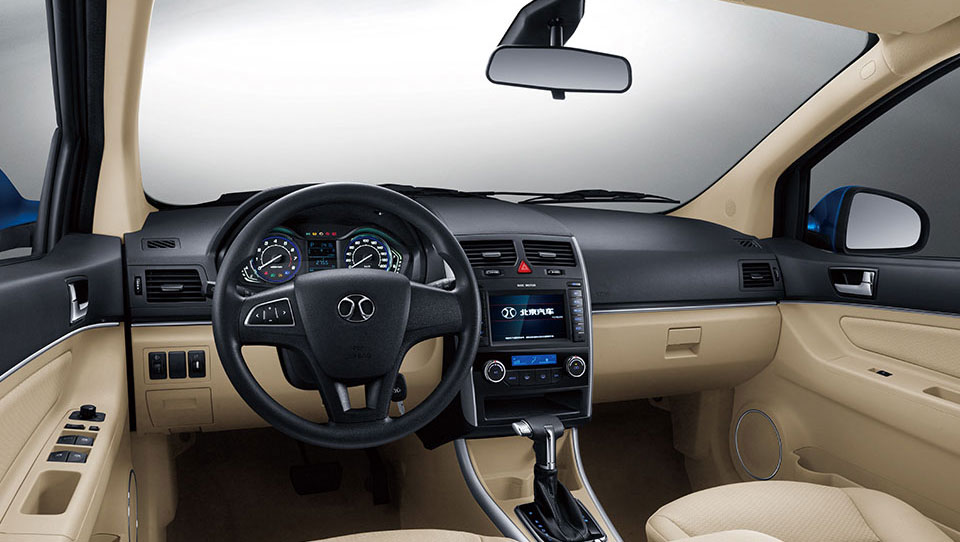 However we believe instead of an all grey interior, the company should consider offering the beige/ black interior color combination as an option which in our opinion looks much vivid than the aforementioned one.  Want to share your thoughts about the Sazgar-BAIC D20, do let us know with your comments.