In the first two months of the current financial year (2M-FY22), import of CKD/SKD kits for local assembly of all vehicles swelled by 214% to $369m from $117m in the same period last fiscal year, while import of CBU vehicles posted a growth of 118% to $103m from $47m in 2M-FY22. Furthermore, the import of used vehicles also swelled to 29,276 units in FY21 from 16,455 units in FY20 though it was 49,990 units in FY19 and 73,640 units in FY18. Plus in addition to newcomers, the existing assemblers have also imported new CBU vehicles in good numbers. In the all-time high import of new vehicles in FY21, the share of importing CKD/SKD kits for the local assembly of vehicles is still well above 80% compared to 20% share of import of used and new vehicles. 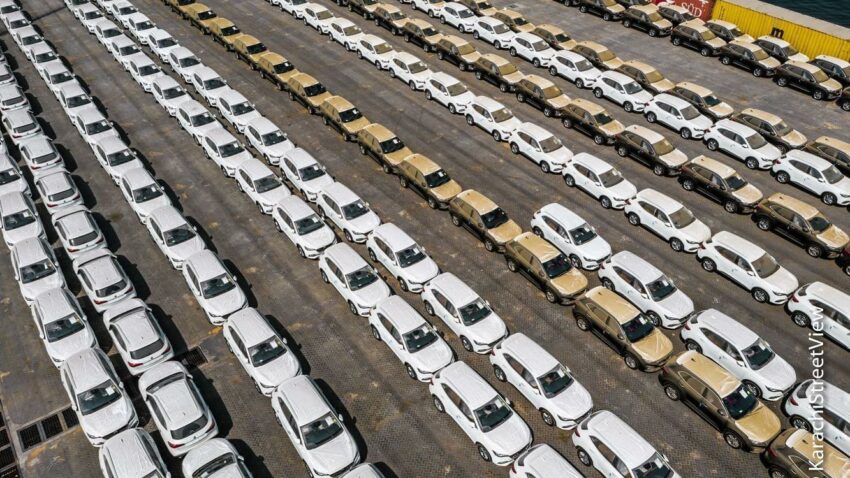 Government under Auto Policy 2016-21 had allowed assemblers to import 100 units per variant to test the market. But the massive import bill suggests that commercial imports by some specific models have enjoyed an edge. For example, 7,000 units of the MG HS have been delivered to the buyers since November 2020 till date while around 1,000 units are still parked at the port. Additionally the recent imported batch of Haval H6 & Jolion as well as Proton X70 also exceeds well above 100 units as stipulated in the policy, with local production (assembling) still not in sight.

Reacting to this, a leading South Korean assembler said it imported a minimum of five to six units to a maximum of 50 units of different variants ahead of the start of local assembly. Another new entrant said industry pundits claimed the highest-ever localization of parts in cars to up to 65%, but in reality no investment had been made towards localization of hi-tech parts, engines, transmissions and electronic control units in the last 30 years. But things at the end of newcomers isn’t too encouraging either with only up to 10% localized content is also a key reason for soaring import bill on the back of CKD/SKD kits.

wpDiscuz
Tags:Cars in PakistanCKDimportlocal assembledSKD
previousToyota Hybrids- Highest Selling and the Most Fuel Efficient Among JDMs
nextKia Wins 6 Prizes at the 2021 Russian Car of the Year Awards