What Happens when Rusty Cars are Crash Tested?

Rust is the biggest enemy of an automobile. Cars are not designed to last forever, sooner or later they will start to get rusted if not properly taken care of, and become vulnerable to many potential hazards.

Related: 7 Mechanical Failures That May Lead to Accidents

Have you ever wondered how old rusted cars perform in a crash test? Well, researchers at a Swedish non-profit organization Villaagarnas Riksforbund and insurance company Folksam tested used cars that are just over a decade old to find out just how much age and rust affect used cars, and whether or not the cars’ crash-worthiness degrades over a moderate period of time.

Multiple cars from two groups were tested: 2004-2008 generation Volkswagen Golf and a 2003-2008 generation Mazda 6, all of which were diagnosed with rust issues. The cars were subjected to front and side impacts according to Euro NCAP standards, and the tests were conducted at Thatcham’s British Crash Laboratory.

The Golf and Mazda 6 were specifically chosen because they represent two distinct segments and both are popular in Europe. More interestingly, the duo are relatively sensitive to rust, some of which have found its way into the crash beams. 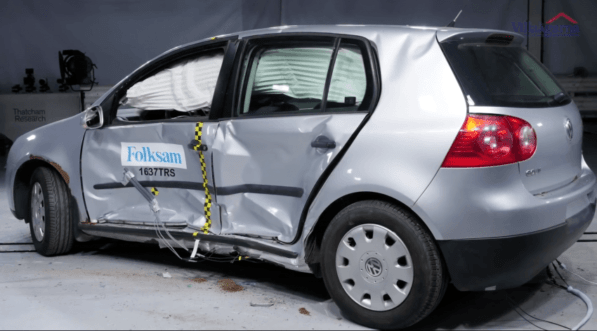 Unsurprisingly, the deterioration in both cars’ crash safety levels was discovered. Granted, both the Golf and Mazda 6 are older cars, so they wouldn’t have been put through the more stringent tests that have been put in motion and standardized in recent years. To level the playing field, both cars were tested as per Euro NCAP’s standards of that time.

As the tests show, both cars received a lower rating in comparison to when new. “When the Mazda 6 was tested in the frontal test, the car was deformed so that the driver’s seat ended up leaning against the interior of the car and the crash test dummy hit its head in the B-pillar (the pillar between the doors),” said the organization.

The Volkswagen Golf met the same fate as well, as it was found to have lost some of its crash-worthiness. However, it’s only down by a single point in comparison to its score when new. 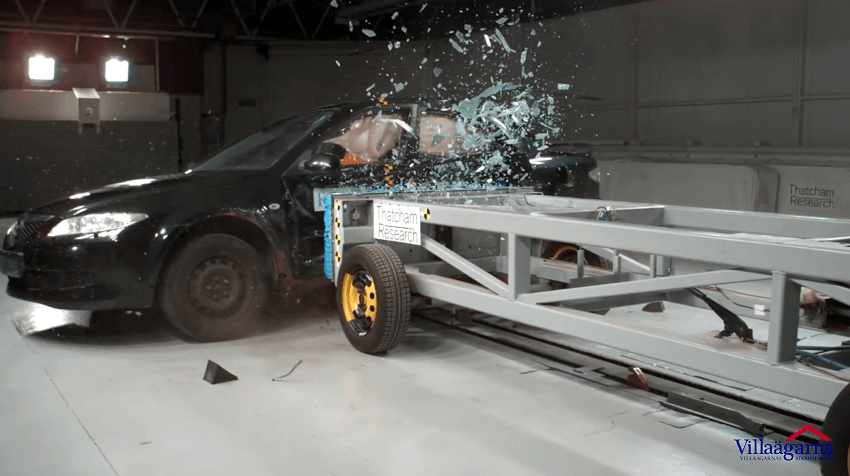 “For the Volkswagen Golf, the grade was reduced according to Euro NCAP’s five-point rating scale from a weak five (33 points) when the car was new to a strong four (32 points),” the researchers said. “But the difference in crash safety was marginal with only one point difference.”

Perhaps the most surprising finding was just how much the Mazda’s crash performance deteriorated due to rust issues. “In the case of Mazda 6, crash safety was significantly impaired. The rating was lowered from a weak four (26 points) when the car was new to a weak three (18 points). According to Folksam, for Mazda 6 there is a 20% higher risk of being killed in a real accident, because of the rust,” explained the researchers.

The research group points out that no two cars’ rust issues are alike, and hence it cannot be said with certainty that another used Mazda 6 with rust problems would have fared the same in these tests. The location of the rust issues matters, but in the case of the Mazda 6 it no longer deformed as designed, thus the degradation of its crash-worthiness.

Watch the videos below to compare how the rusted crash tests fared in comparison with original Euro NCAP’s tests.