Ever since Pak Suzuki unveiled the new Alto 660cc at the 2019 Pakistan Auto Parts Show (PAPS), the hatchback has been in hot discussions.

There are mixed reviews about the vehicle so far, some are quite excited for the 8th gen Alto that will replace Mehran as the entry level hatchback in Pak Suzuki’s lineup. Suzuki Mehran which apparently was the 2nd gen Alto, continued to be sold for 30 years in our country. 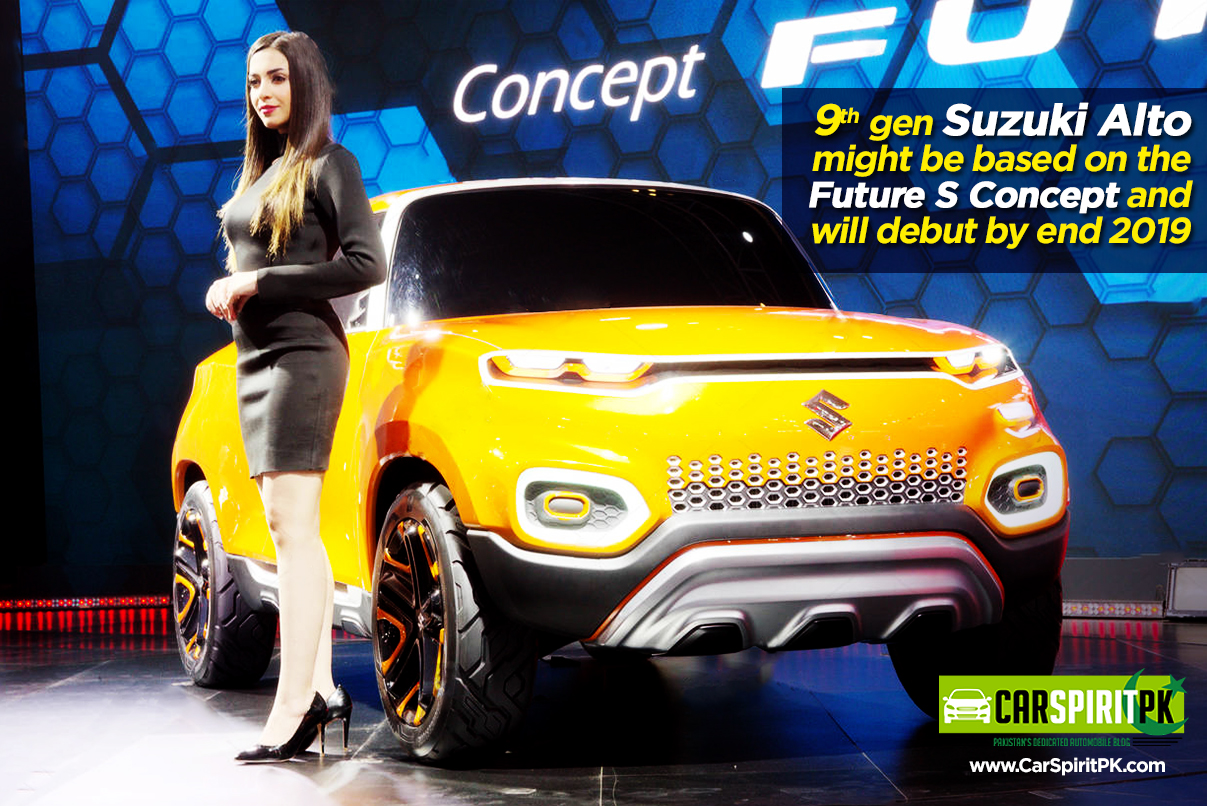 The rest of the people however aren’t too excited about the new Alto for various reasons. First is the fact that this generation was introduced back in 2014 and is about to be replaced by the 9th gen Alto which is scheduled to break covers in October 2019. Pak Suzuki thus maintains its reputation of launching a globally retired model as their entry-level offering. 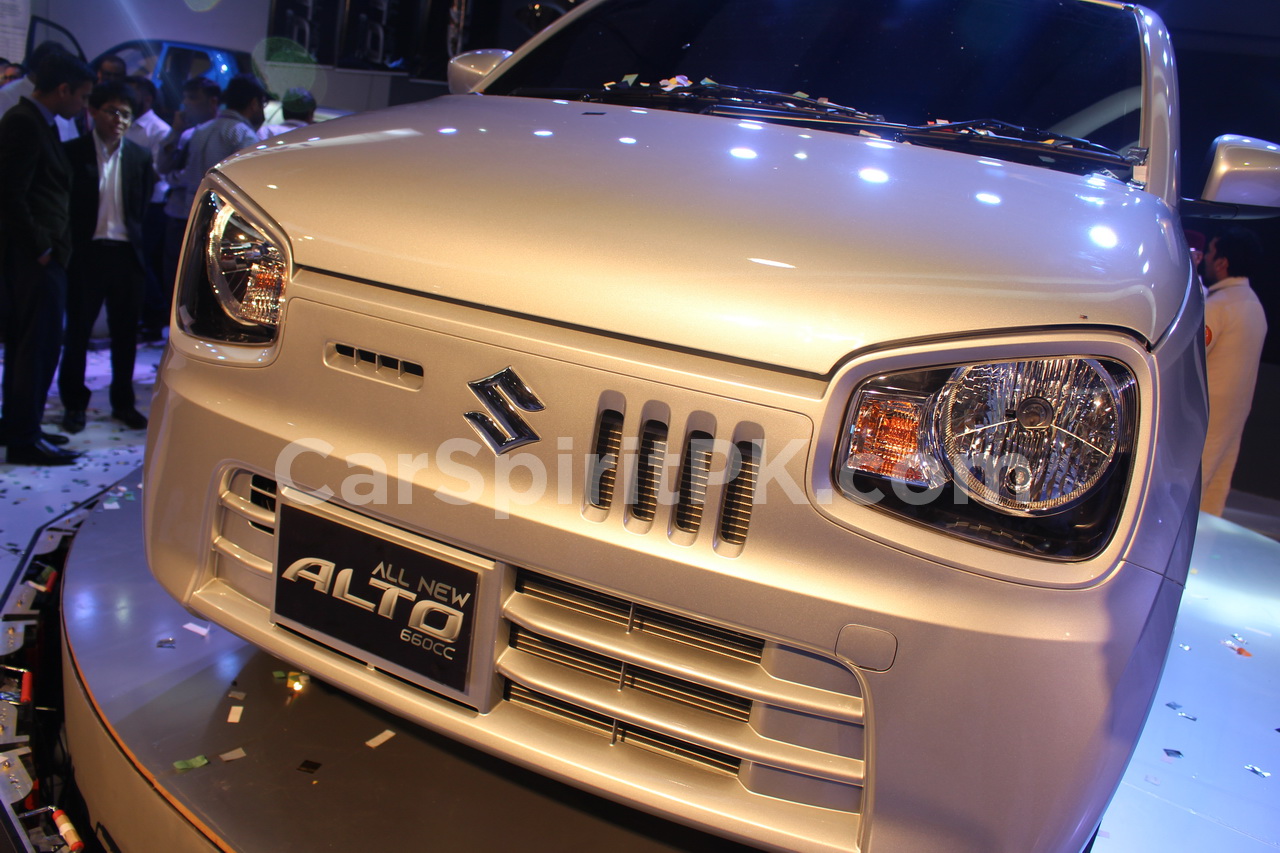 Second is the fact that Pak Suzuki hasn’t officially disclosed any details about the Alto variants, pricing and the features on offer. Even the display units at PAPS were locked and had jet-black tinted windows so no one could peek inside. Although we already know how the interior of this Alto looks like as the vehicle is already running on our roads as a (used) JDM import, still what sort of equipment Pak Suzuki is going to offer remains a mystery.

Suzuki is also accepting bookings against PKR 500,000 without having the need to disclose the final prices and specifications of the vehicles. Like we said earlier, public is already too excited to get their hands on the new Alto no matter how stripped it may be.

The unofficial details that are available at the moment suggest that the Alto will be available in 3 variants and two transmission options. The base variant is going to be a bone-stripped version that will likely cost around PKR 9.5 lac. This version will reportedly come without air-condition, power steering and power windows etc. It will also likely have black bumpers, black door handles and side mirrors, and will be deprived of wheel caps too. 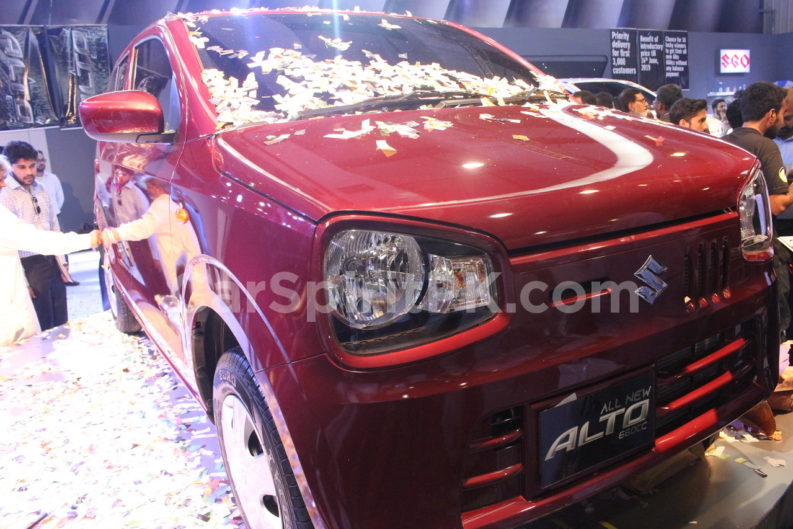 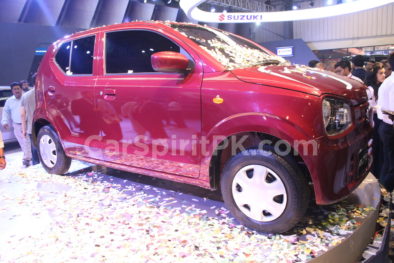 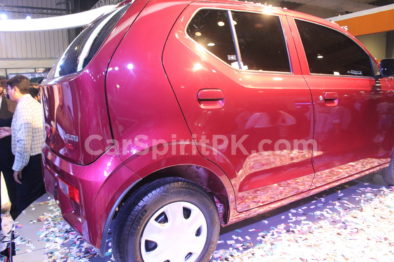 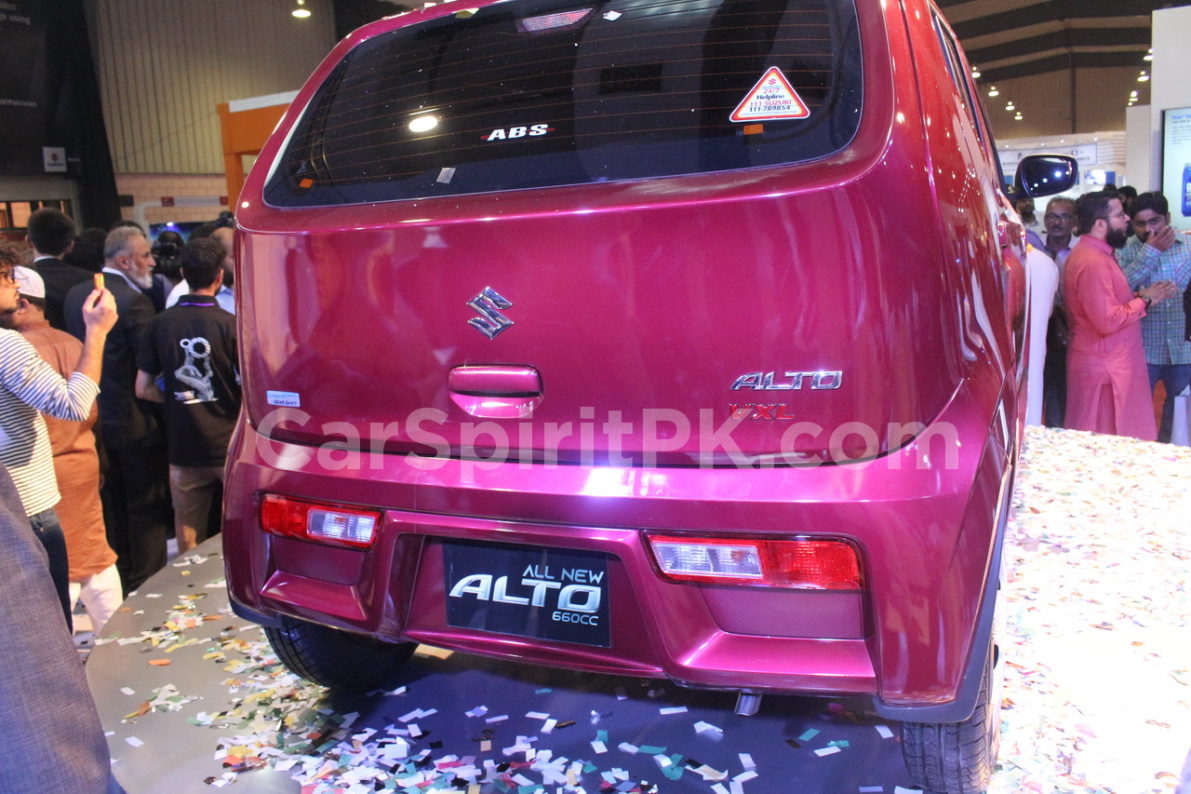 Then comes the VXR version which apparently will have the air-conditioner and that’s probably going to be the only difference between the base VX and VXR. Although one might expect it to have matching bumpers and cosmetic enhancements but again this news is from an unofficial source so we cannot be 100% sure.

The VXL will have the power assisted stuff (steering/ windows), will have ABS, 2 airbags and as per unofficial sources, will be available in manual as well as AGS (auto gear shift) version. The Alto VXL AGS will be the most expensive variant with prices reportedly going to be north of PKR 12.5 lac.

This does create a question though. Pak Suzuki’s current best seller as far as the passenger cars are concerned is the Wagon R. Despite its obnoxious styling, the vehicle is popular due to its excellent fuel economy figures and is a prime choice for those related to ride-hailing services.

Wagon R sells at an average of over 2,700 units a month which is more than that of its expensive sibling, the Cultus which sells at a monthly average of around 2,000 units. Suzuki Wagon R is available in two variants, the VXR which is currently priced at PKR 12.64 lac whereas the VXL cost PKR 13.44 lac.

Despite positioned as the flagship variant having a VXL moniker, the Wagon R VXL that cost PKR 13.44 lac misses out on safety and equipment on offer. There are no airbags, no ABS, no power mirrors, only front 2 power windows, no adjustable steering wheel, no fog lamps and what not.

Compared to this, the Alto VXL which will cost around PKR 12.5 lac, will offer airbags and ABS and will still be almost a 100,000 cheaper than the Wagon R VXL. The only reason people go after the Wagon R is its fuel consumption, but according to a Pak Suzuki official, the new Alto 660cc will reportedly deliver over 20 km in a liter so it will knock off the Wagon R beating it in fuel consumption too.

Alto overpriced, but is Wagon R in trouble?

Many people believe the Alto 660cc is heavily overpriced, considering its price versus features on offer. Although we will have to wait for June 2019 when Pak Suzuki will officially launch the Alto, to find out the exact details and specifications but considering the fact that the Alto VXL will offer more than the Wagon R VXL against a (possibly) lesser price tag, and with better fuel economy, it’s quite likely that the sales of Wagon R will suffer. Perhaps Pak Suzuki will have to readjust the prices of Wagon R, or even the new Alto 660cc, we will have to wait to find out.

Furthermore Suzuki will be having 3 hatchbacks that will be quite similar in features and specs so it will be interesting to see how they position them effectively. Although in past Pak Suzuki used to have more than 3 hatchbacks in their lineup (Mehran, Alto, Cultus MK-II, Swift) but each was entirely different from the other.

This time around the Wagon R and Cultus share the same engine, the Cultus and Alto will share the same transmission (AGS) and the list of features and equipment is also quite overlapping. So what is your opinion? Is the new Alto 660cc going to create troubles for the other two Suzuki hatchbacks, particularly the Wagon R? Do let us know with your comments.