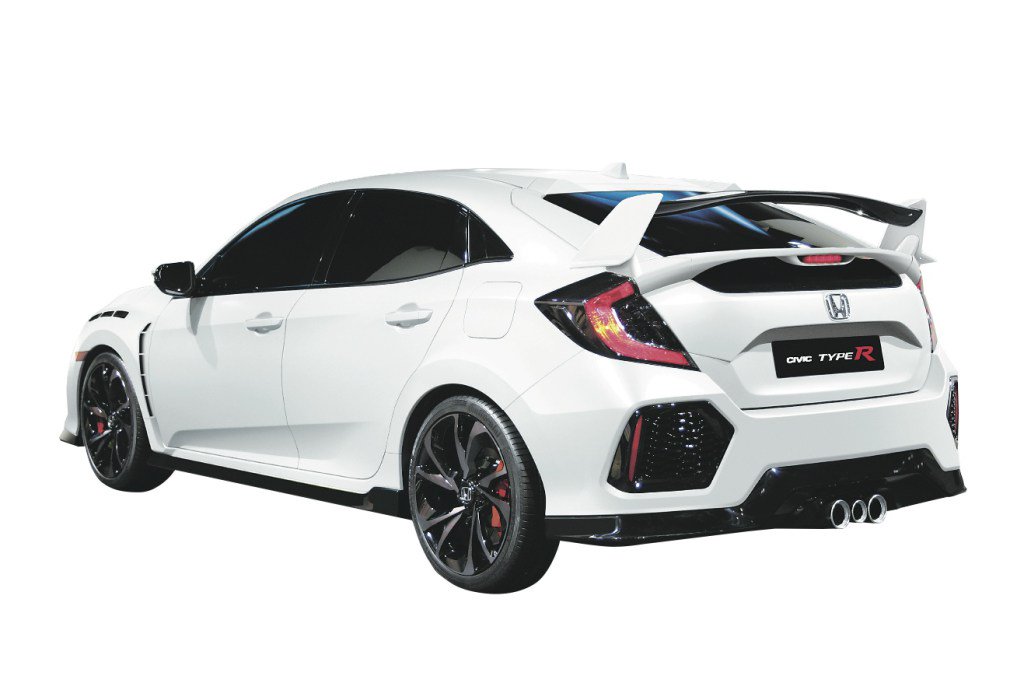 Japanese Magazine, Mag-X, has posted a rendered image of the 10th generation Honda Civic Type R based on the new Civic X hatchback. The Japanese magazine reports that it will be locally released in August 2017.

The Civic X Type-R combines the elements of the new Civic with the aggressive styling of the current Honda Civic Type-R. So far only the rear-end of the Civic Type R has been rendered which features a large fixed wing, three tailpipes mounted centrally, sportier bumper, lowered ride height, large alloy rims shod by low profile tires, and a flaring wheel arches. The front-end could lose the bold chrome elements for a glossy black trim surrounding the grille.

Under the hood, the 10th gen Civic Type-R is likely to carry over the 2.0-liter turbocharged VTEC four-cylinder unit from the current Civic Type R, which produces 306 hp and 400 Nm of torque. The current car is only equipped with a 6-speed manual gearbox, which sends power to the front wheels only.

Like the current Civic Type R, the new model will be manufactured at Honda’s manufacturing plant in Swindon, UK and exported to markets where demand exists.