The first car launch in Malaysia this year is the 2018 Kia Picanto which is the third generation of the South Korean hatchback. There is only one variant available, a 1.2 EX automatic which is priced at RM 49,888 (PKR 14.15 lac).

The 1.2 liter Kappa II naturally-aspirated four-cylinder engine produces 84 PS at 6,000 rpm and 122 Nm at 4,000 rpm. It is mated to a four-speed automatic transmission, no manual version is available.

Related: KIA Rio- All You Need to Know

Measuring 3,595 mm long, 1,595 mm wide and 1,485 mm tall, the new Picanto retains mostly the same dimensions as its predecessor, although it is 5 mm lower and has a 15 mm longer wheelbase of 2,400 mm. Despite this, the car is claimed to offer more headroom, shoulder room and legroom both front and rear, and luggage space has increased from a minuscule 200 liters to 255 liters, thanks to a more efficient design. 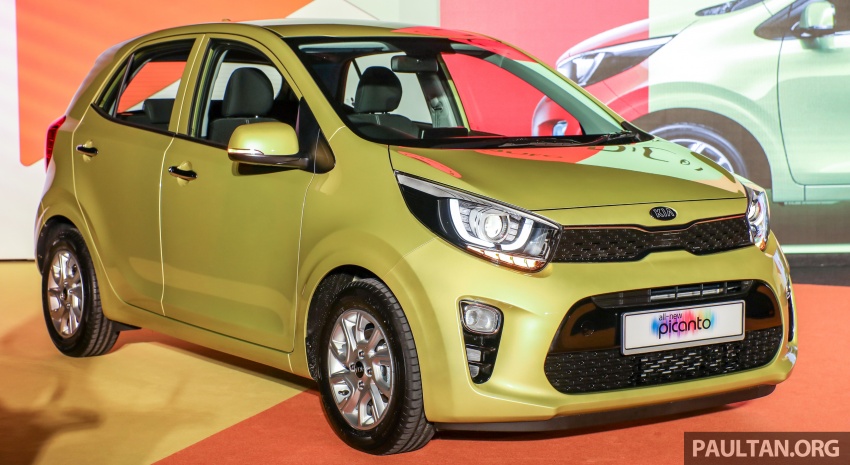 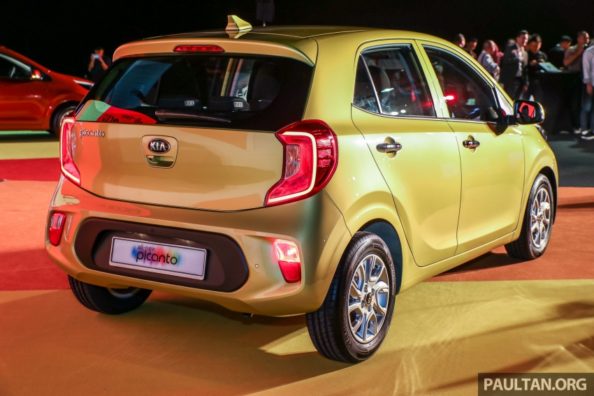 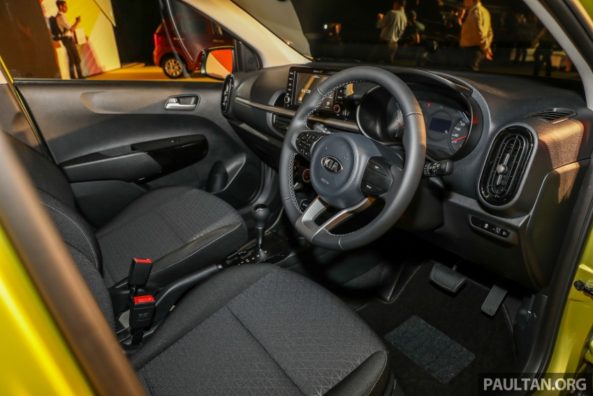 Visually, the new Picanto is distinguished through new projector halogen headlights with U-shaped LED daytime running lights forming a continuous line instead of being individual diodes. Kia’s signature “tiger nose” grille has also been widened to meet the headlights. The rear design is more angular as well, with larger LED tail lights.

The interior has been made noticeably more upscale with a dual-tier dashboard with a Rio-style floating head unit sitting above the twin horizontal center air vents. Also, the corner air vents are now vertical and in an unusual lozenge shape, giving the cabin a quirky spin on things. There is a three-spoke steering wheel instead of two-spoke while the air-con switchgear has gained a concave shape. 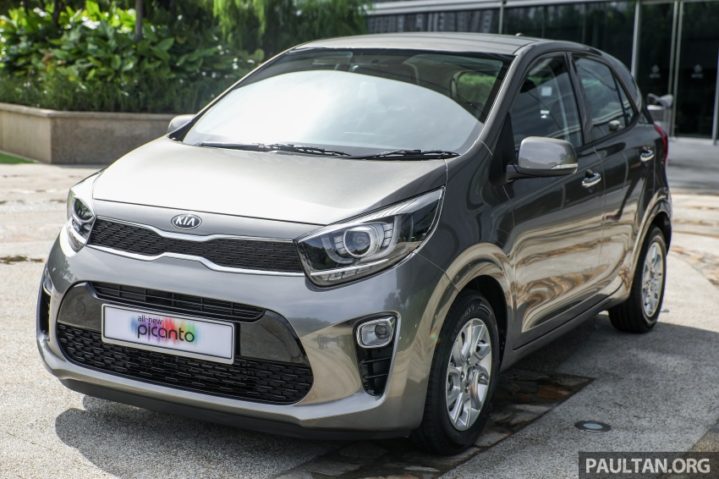 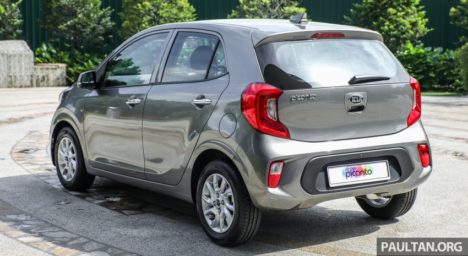 The new Picanto is said to be safer than before, using double the amount of advanced high strength steel as before. There’s also a number of soundproofing measures for reduced noise, vibration and harshness, plus stiffer anti-roll bars and a quicker steering rack for improved handling.

KIA is in process of making a comeback in Pakistan partnered with Lucky group, however among the range of vehicles that have been spotted testing so far, there is a second generation Picanto instead of the third. To read more about the Picanto, click here.