After months of speculations, spyshots and teasers, the much awaited 2019 Toyota Supra has been officially revealed at the 2019 Detroit Auto Show.

The all-new A90 Supra gets a GR prefix to its name, marking its status as the first global model from in-house motorsports arm Toyota Gazoo Racing. The front-engine, rear-wheel drive Supra is based on the latest G29 BMW Z4 as part of a sports car collaboration between Toyota and BMW.

It is also the first time that the interior can be seen. As evident, the Supra borrows much of its switchgear from BMW. The iDrive system, complete with its tiled interface, has also been lifted straight from the German automaker, but the design of the 8.8-inch digital instrument cluster with its central rev counter is unique to the Toyota. 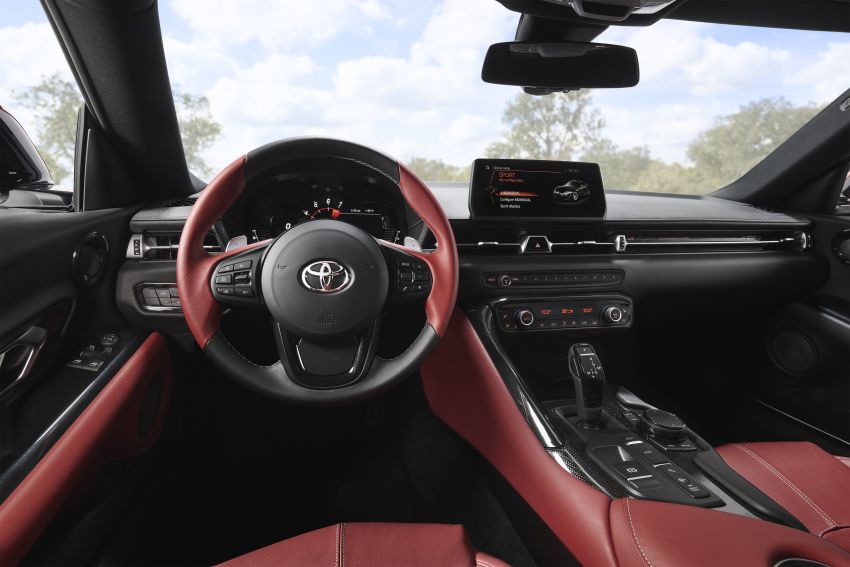 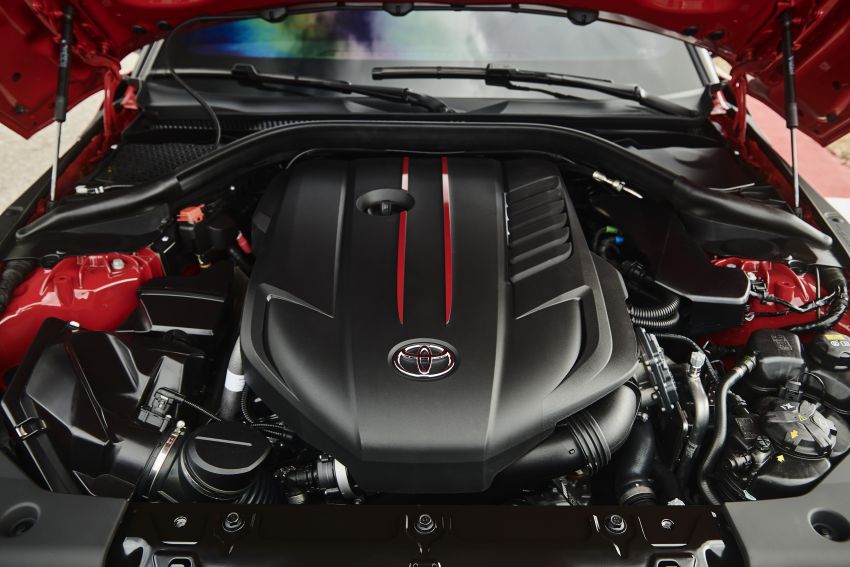 The GR Supra retails from US$49,990 for 3.0 liter engine – the only one confirmed for North American market at the moment. The premium version will cost US$53,990 whereas a limited Launch Edition, essentially a Premium version with red door mirrors and black 19-inch alloys, goes for US$55,250.