Toyota brought its hydrogen-powered GR Yaris concept to do a special demonstration run during the 9th round of the World Rally Championship (WRC) in Ypres, Belgium.

Dubbed the Toyota GR Yaris H2, this concept car was first revealed in December 2021 and this latest test run is the first time Toyota has taken an “under-development hydrogen-engine vehicle” on public roads outside of Japan. On the second day of the Ypres Rally, Toyota President and CEO Akio Toyoda, who is also a race driver under nickname Morizo, got behind the wheel of the hydrogen-powered GR Yaris concept for Special Stage 11.

The hydrogen-powered GR Yaris served as a test car and ran ahead of the safety car sent out to confirm “stage safety” before the start of Special Stage 11. It was a 15km long stretch and featured “extremely narrow farm roads that ran along fields and between houses”. Morizo was accompanied by former four-time WRC champion Juha Kankkunen as a co-driver for this particular stage.

The Toyota GR Yaris H2 has the same hydrogen-combustion powertrain as the Corolla Sport race car that’s been competing in the Super Taikyu endurance racing series in Japan since May 2021. Although this GR Yaris concept uses the same fuel source as the fleet-only Mirai hydrogen fuel-cell electric vehicle (FCEV), the Mirai relies on chemical reaction in its fuel cells to generate energy, whereas the GR Yaris has an internal-combustion engine with hydrogen as the fuel. 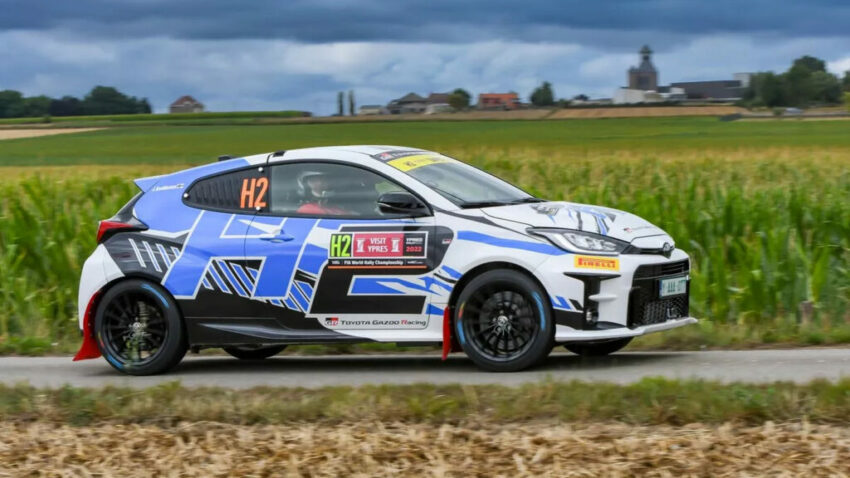 Hydrogen combusts at a much faster rate than petrol, which Toyota has found results in “good responsiveness whilst delivering excellent environmental performance”. Toyota has been working on this hydrogen combustion-engine technology since 2017, but says it’s “still in the early stages of development and not yet ready for commercialization”. The Japanese automaker says it will continue developing its hydrogen-powered engine through the harsh lens of motorsport for now. 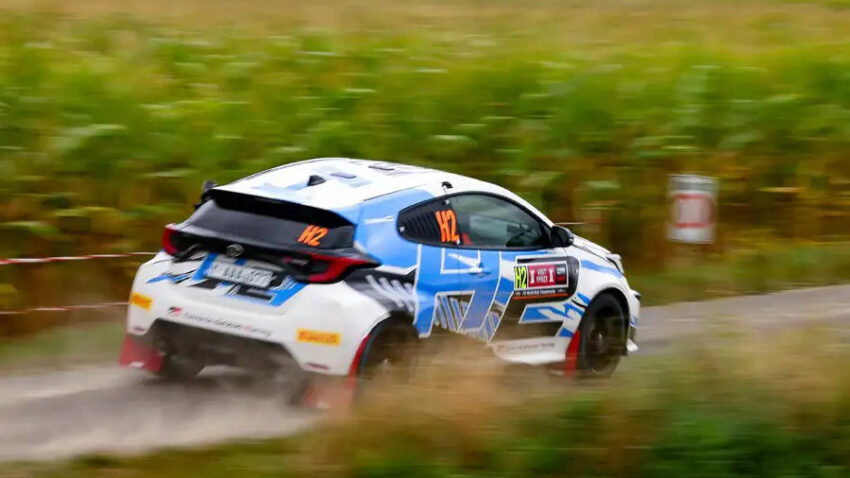 Rather than focusing exclusively on electric vehicles (EVs), Toyota is known for currently offering, exploring and continuously developing a range of hybrid, plug-in hybrid electric (PHEV), and hydrogen-powered vehicles. Toyota believes since hydrogen engine emit zero CO2, these engines will become one of the options for achieving carbon neutrality not only in the world of motorsports but also in the world of everyday cars.