Verna is a popular subcompact sedan by Hyundai that competes against the likes of Honda City and Toyota Yaris. The current generation Verna made its debut at the Chengdu Motor Show back in September 2016 and after a span of 3 years received a thorough facelift in October 2019.

The Verna facelift got a highly polarizing design treatment for the Chinese market perhaps to cater to the taste of local consumers, however as expected the facelift treatment for other markets is different. Verna, which is sold under the name of Hyundai Solaris in Russia has just been unveiled and it shows us pretty much what Verna facelift for international markets will look like. Interestingly, the debut at the Hyundai Motor plant in St. Petersburg and was programmed in such a way as to coincide with the launch of the 2,000,000th Hyundai car in Russia! 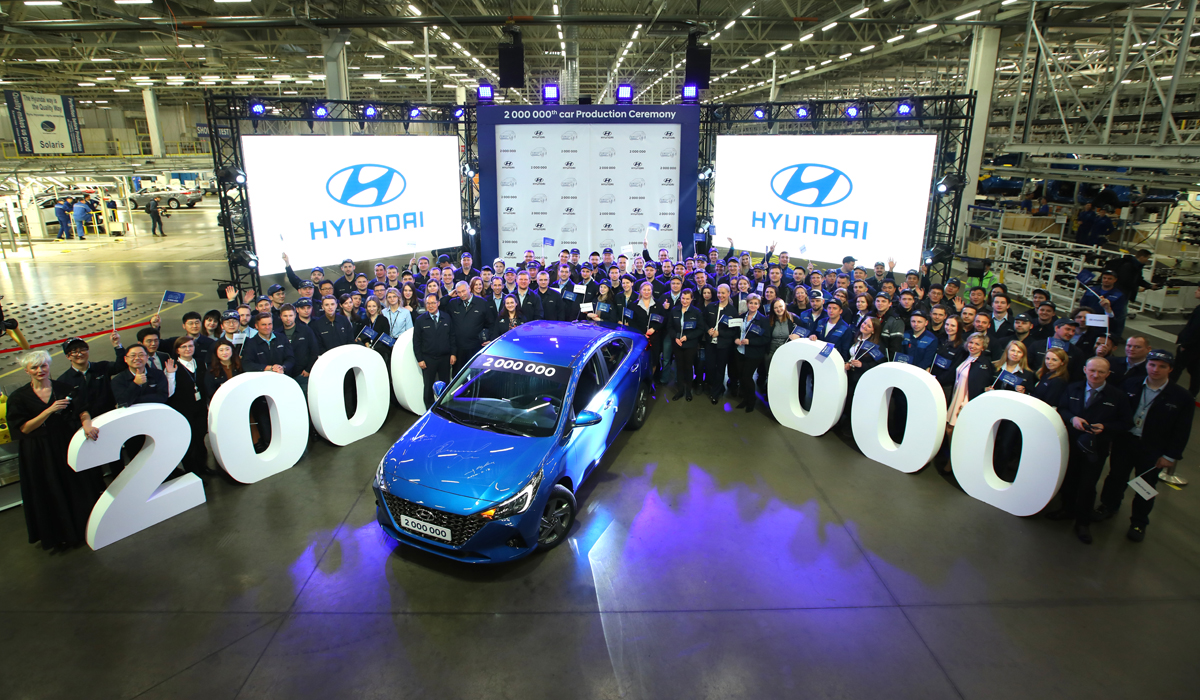 The fascia becomes sportier with large blacked-out cascading mesh grille and edgier front bumper with revised fog lamps housing and reshaped lower air intake. The grille is flanked by restyled sharper LED headlamps with DRLs. Apart from new alloy wheels, the side profile looks unchanged. There are subtle changes to the back which includes a new bumper with faux diffuser & reworked tail lamps.

Inside, the new Hyundai Solaris (Verna) gets a new design for the central air vents and their adjusters now feature a new silver trim on its surrounds. It also gets a new, 8-inch floating touchscreen infotainment system replacing the current model’s 7-inch unit. The Solaris also comes with electrically adjustable front seats, remote engine start allowing warming up the engine in advance, as well as heated seats & windshield to tackle with brutally cold Russian weather.

The Russian-spec Solaris gets two engine options– a 1.4-liter engine delivering 100hp of power and 132 Nm of torque, and a 1.6-liter producing 123 hp and 151 Nm of torque. Both the engines are offered with 6-speed manual and 6-speed automatic transmission options.

Verna alongside i10 and i20 hatchbacks if introduced holds the potential to shake the market for sure. However Hyundai-Nishat in Pakistan is focused on introducing cars that are largely beyond the reach of masses hence is yet unable to create any sort of presence whatsoever.