It was reported earlier that the 6th gen Honda City will continue to be sold in India despite the country becoming the second market in the world to have received the all new 7th gen City sedan. Now Honda India has officially announced the sales of the 6th gen Honda City parallel to the all-new model in order to provide more buying options to the consumers. Due to the COVID-19 pandemic, many new car buyers are facing a financial crunch and the 6th gen City bearing a lower price tag will help those willing to get a new sedan in affordable prices.

The resurrected 6th gen City is available with two trim options– SV and V & is priced at INR 9.29 lac and 9.99 lac respectively. Bear in mind the latest generation model that was launched in July is priced from INR 10.9 lac in India and goes as high as INR 14.6 lac for the top-spec variant. It is pertinent to mention that the 6th gen City was priced from INR 9.91 lac prior to the introduction of latest model, so for an average buyer it has become almost INR 62,000 (PKR 1.4 lac) cheaper than its preceding standard price.

In terms of design the 6th gen City remains similar to how it always looked. Up front there is a honeycomb grille with a chrome slat in combination with LED headlamps with DRLs. At the side, there are chrome door handles and 16-inch multi-spoke alloy wheels. The rear profile also features the same styling with LED tail lamps and stylized bumper. 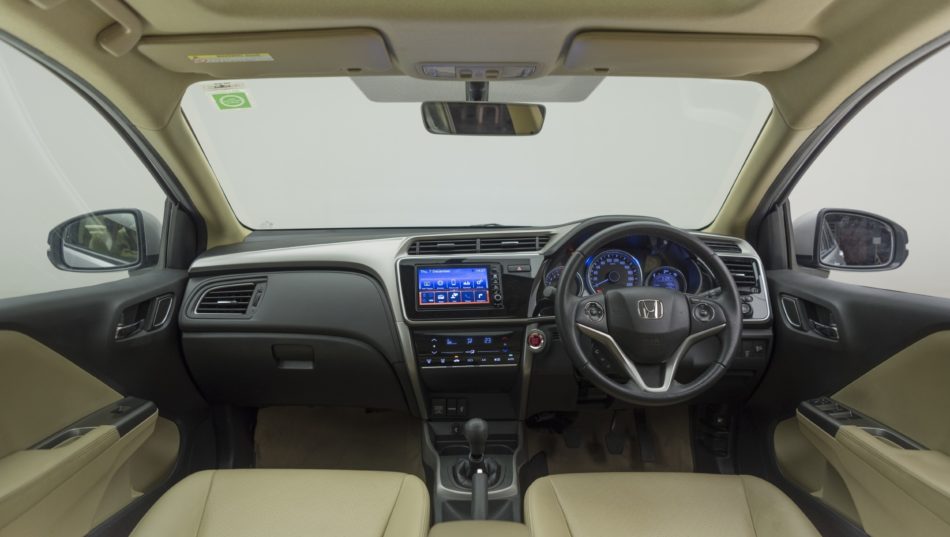 Just one petrol engine and transmission option available in both variants, which is the 1.5-liter BS6 compliant i-VTEC unit delivering 118hp of power and 146Nm of torque mated to a 5-speed manual gearbox. The engine along with 5MT transmission delivers an ARAI claimed fuel economy figures of 16.5 km/l.

The 6th generation Honda City was first launched in India back in 2014 and received the facelift in 2017. This generation model was known among the most successful vehicles in its class having cumulatively sold more than 350,000 units in India to date.