All New Toyota Mirai FCV Goes on Sale in Japan

Toyota has formally launched the latest generation of Mirai hydrogen fuel cell vehicle (FCV) in Japan, which features a longer range than its predecessor along with a host of new functions. The first gen Mirai debuted back in 2014 and has been replaced after a standard span of 6 years.

According to Toyota, the all new Mirai benefits from three tanks to store the hydrogen fuel used to power its electric motor, and the result in a massive increase in its operating range to 850 km, or 30% more than the 650 km the first-generation Mirai (which had two tanks) was able to deliver. The new Mirai also enhanced its seating capacity from 4 to 5. Revealed as Mirai concept ahead of the 2019 Tokyo Motor Show last year, the all new model is a huge leap forward compared to its predecessor. Now entering the 2nd generation, the Mirai gets ‘coupe-inspired’ styling which is dramatic and bold, rather than the obnoxious one of its Prius-inspired predecessor. Not only that the 2nd gen Mirai is longer and wider than the out-gone model but sits lower to the ground as well. 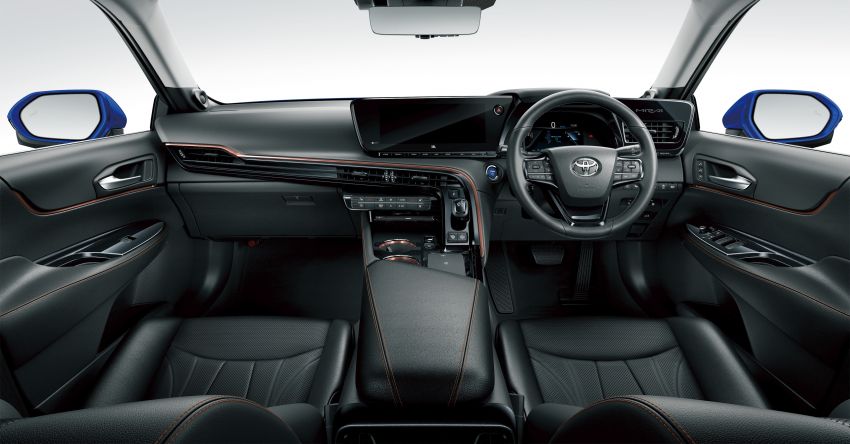 Like exterior, the new Mirai gets an impressive and completely revamped interior with an 8-inch TFT LCD digital instrument cluster and a 12.3-inch touchscreen infotainment system with Android Auto and Apple CarPlay support, as well as a 14-speaker JBL audio system and Qi wireless mobile charging. 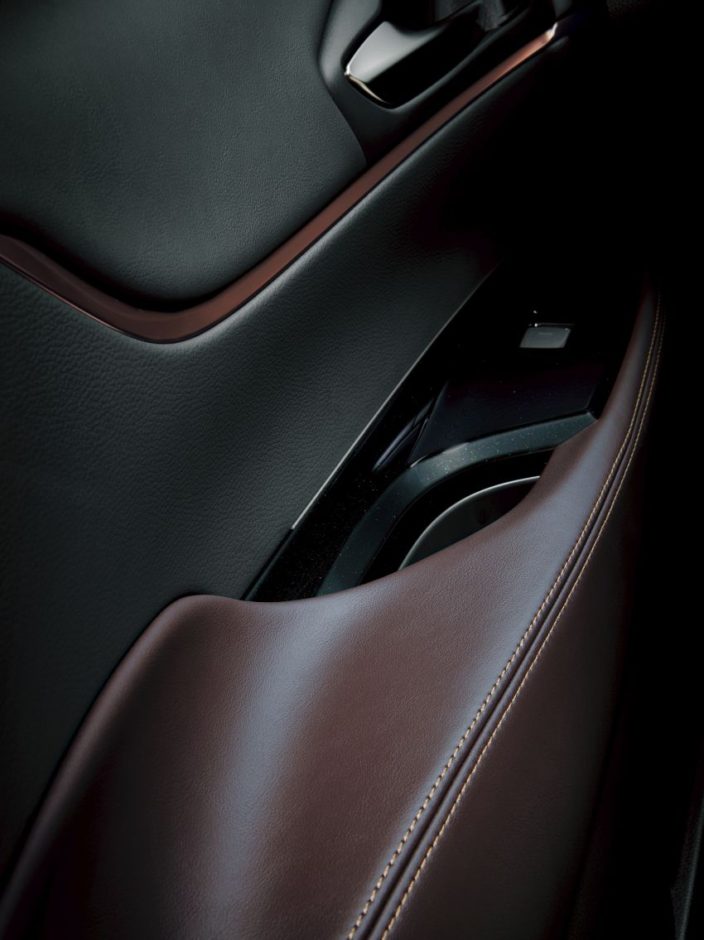 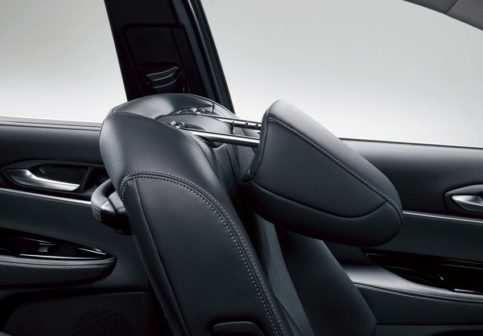 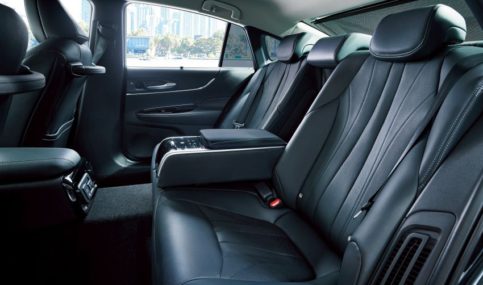 Interior of all new Toyota Mirai

In terms of safety & equipment the 2nd gen Mirai comes rich in configuration with the latest Toyota Safety Sense suite, which now includes a smarter Pre-Collision System with Pedestrian Detection that can see cyclists, pedestrians, and even an oncoming vehicle or pedestrian at an intersection when performing a left-hand turn. This system also comes with an emergency steering assist function, designed to stabilize the driver’s emergency steering maneuvers within their lane while avoiding a preceding pedestrian, bicyclist or vehicle. 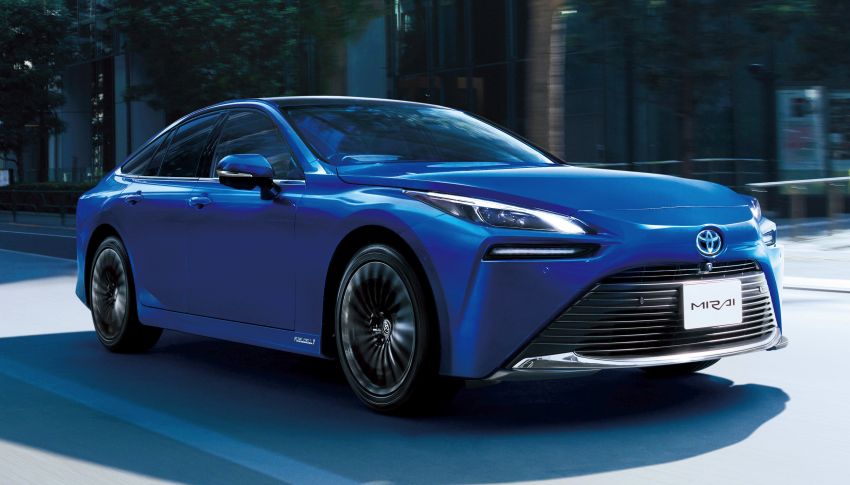 Plus there is full-speed Dynamic Radar Cruise Control (DRCC), which can be activated above 48 km/h and will bring the car to a complete stop if necessary, while also being able to resume moving afterwards. The DRCC system also allows for smoother overtaking of slower vehicles, providing an initial increase in acceleration in preparation for changing lanes once the driver engages the turn signal.

In order to prevent accidents caused by pedal misapplication, the 2nd gen Mirai comes standard with “Plus Support,” which suppresses acceleration if pedal misapplication is detected, even when there are no obstacles in the vicinity. Other driver assistance kit include the Toyota Teammate Advanced Park assist, which handles all operations (steering, acceleration, braking and gear changes) for a parking procedure. In addition, Mirai is now equipped with a minus emission function, which prevents harmful substances in the outside air from entering the car. 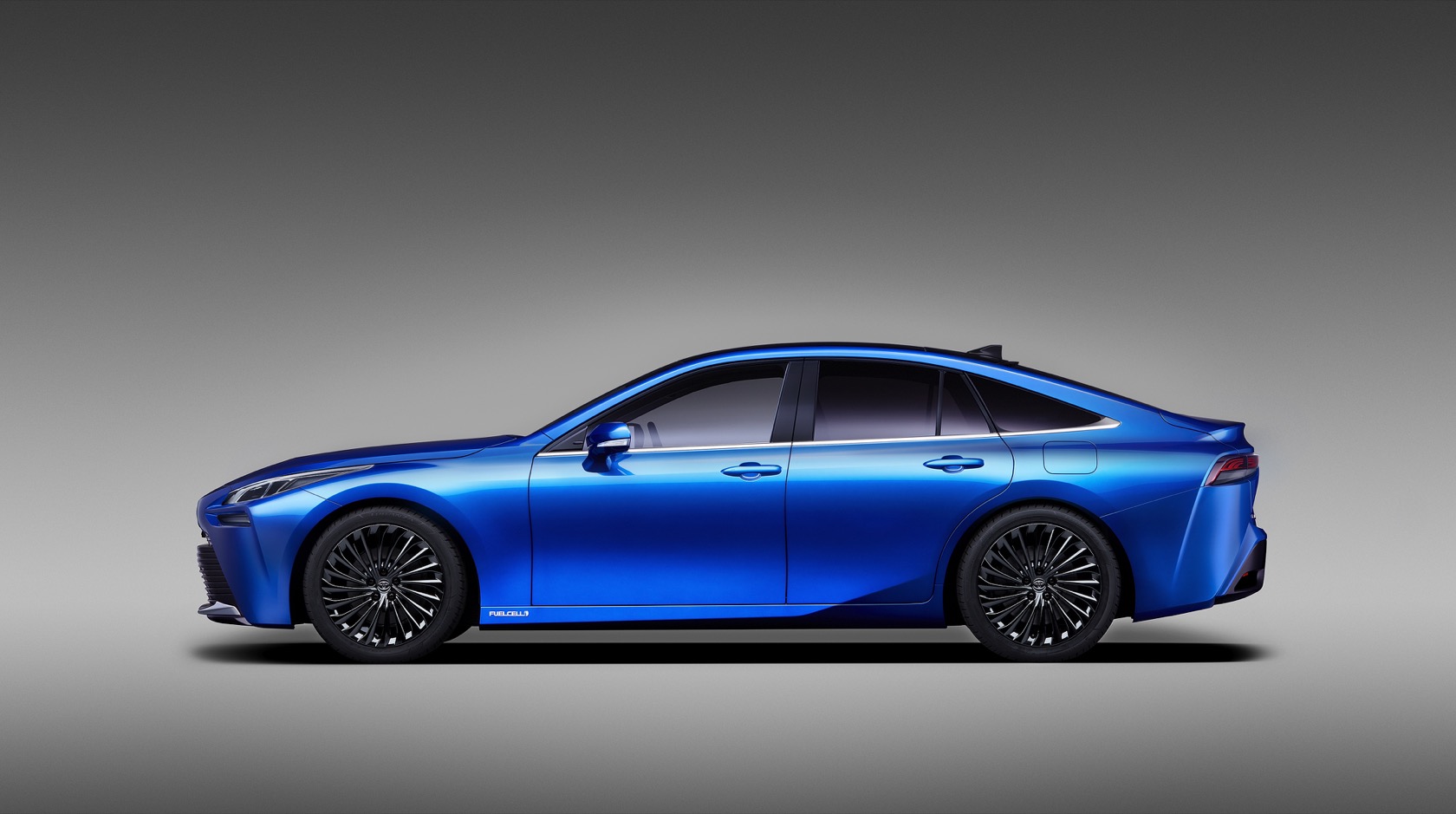 Additionally, the Mirai can also be utilized as an emergency power source during power outages caused by disasters and for other emergency situations, offering electricity through two different power supply routes. The first is through connecting the car’s external power supply outlet to a dedicated external DC electric power supply system. Operating under this guise, it can supply a maximum of 9kW DC. 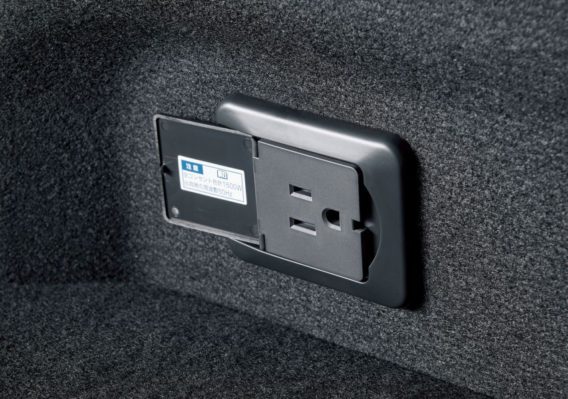 The other takes a more direct AC path, feeding electricity (100 volts, 1,500 watts) through two accessory outlets to power electric devices. This emergency electricity supply system is capable of providing electricity to an ordinary household (in Japan) for about 4 days at an average consumption rate of 400Wh. 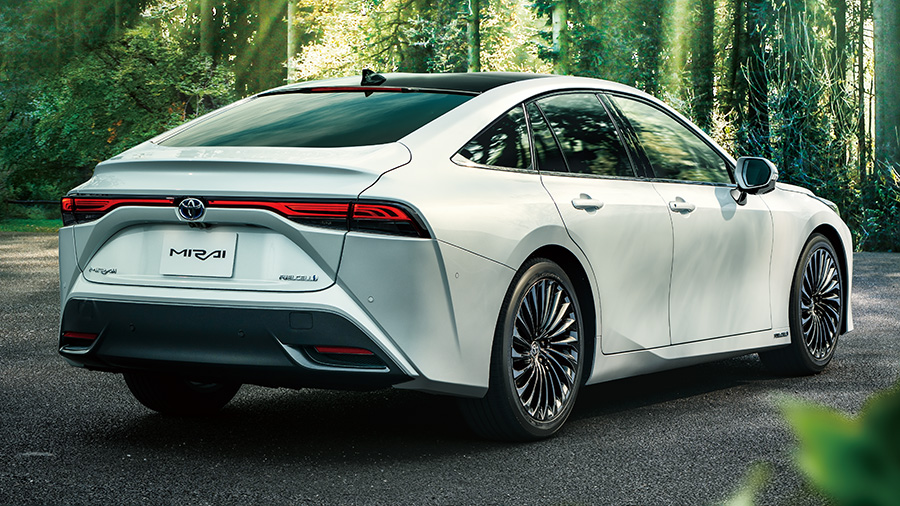 Available in 8 exterior colors & 2 grades, the most interesting thing about new Mirai is its price which starts from 7.1 million yen (PKR 1.08 crore) for the base G grade which is 300,000 yen (PKR 4.6 lac) lower than the out-gone model. By taking advantage of low-emission vehicle subsidies offered by the government, Japanese consumers can expect to pay about 5.7 million yen (PKR 87.4 lac). The up-spec Z grade costs 7.9 million yen (PKR 1.21 crore). 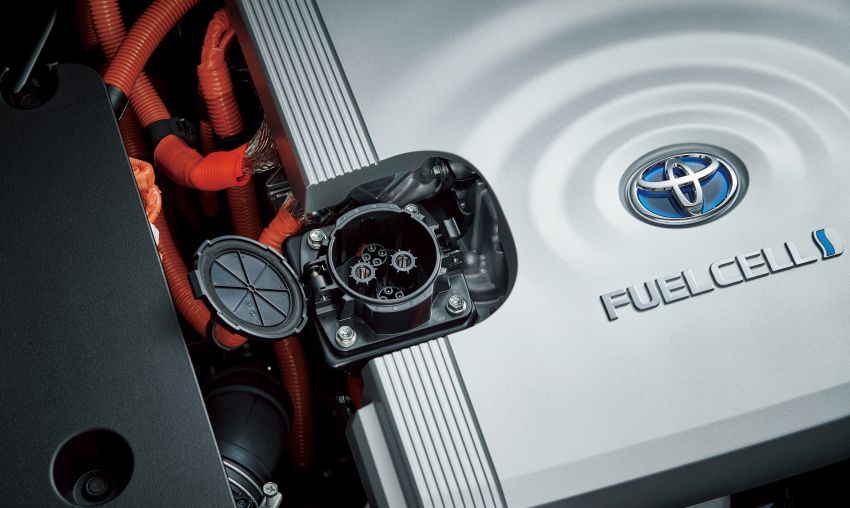 Toyota hopes to carve out the top market spot for FCV sales, along with other low-emission hybrid vehicles. It has been increasing production capacity of its fuel cell unit by about 10 times to 30,000 units annually, compared about three years ago. 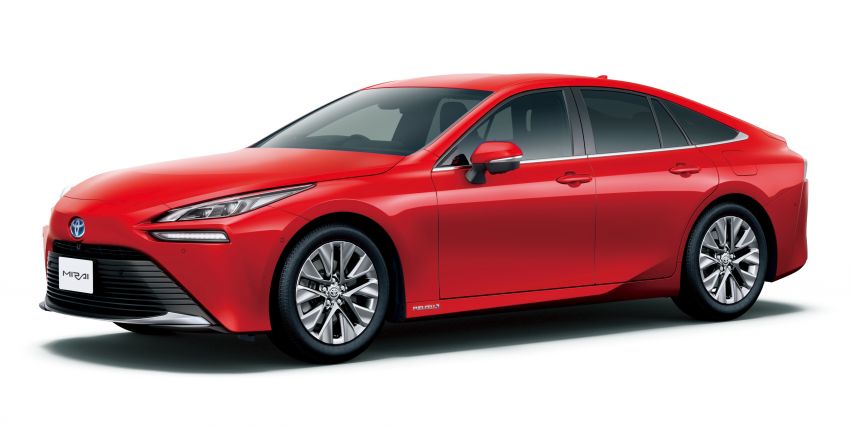