However the upcoming fiscal year 2022-23 is also expected to give the local auto industry some severe ups & downs. In fact, the auto industry stake holders are already expecting more downs than ups due to the dwindling situation of economy, political instability, massive rise in inflation and latest restrictions on car financing.

In fact, local auto industry representatives already anticipates up to 30% decline in sales in coming months with no recovery in sight considering the ongoing economic & political situation of the country. Moreover the latest restrictions on auto financing by State Bank which include rise in interest rate, and a reduction in tenure of financing from 5 to 3 years on above 1,000cc vehicles has made monthly installments unmanageable for ordinary buyers. According to a banking representative, consumer auto financing has shrunk to 20% after the State Bank’s revised prudential regulations.

Car prices are being revised after almost 35 days since the beginning of this calendar year. However to alleviate the price hikes, it has been reported that the Ministry of Industries and Production (MoIP) has proposed tax reductions to be implemented in the upcoming financial budget for FY22-23. Keep in mind, government already reduced some taxes last year, which brought the prices of local assembled cars down by a small margin, however in the following months auto assemblers announced multiple substantial price hikes thus nullifying whatever relief the public enjoyed for a couple of months only. 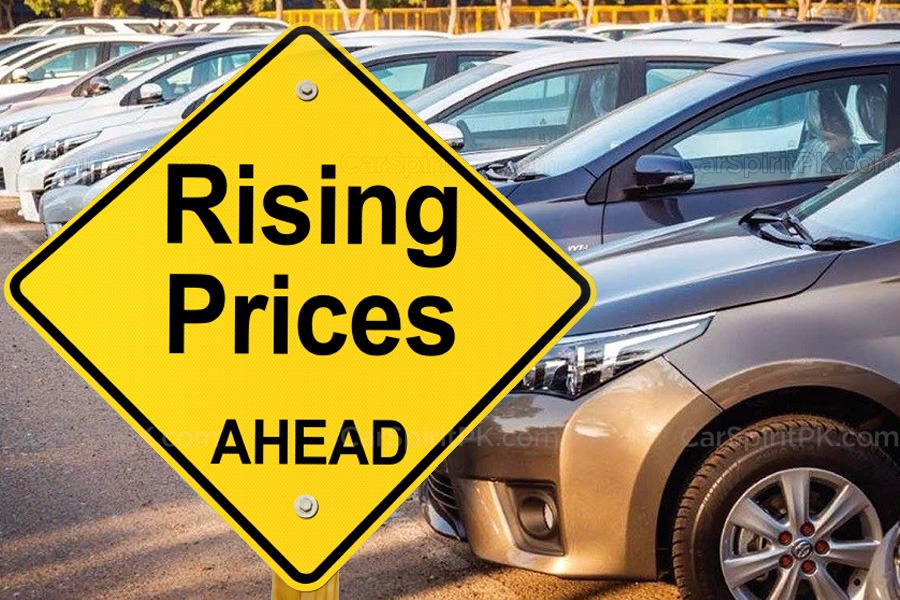 However a major concern for local assemblers is the forensic audit. The Ministry of Industries and Production taking notice of the intermittent price hikes, formed the auto industry monitoring committee to check the industry for profiteering and keeping car prices high. The committee includes officials of PAAPAM, Competition Commission of Pakistan (CCP), SBP, Federal Board of Revenue (FBR), Ministry of Commerce and Ministry of Industries and Production. The auto industry regulator Engineering Development Board (EDB) asked car makers to share their cost structure and rationalize frequent price hikes and threatened the industry of fixation of prices under the Price Control Prevention of Profiteering and Hoarding Act, 1977.

Major auto industry players however, declined to share their cost structures saying it was classified information. Moreover, Pakistan Automotive Manufacturers Association (PAMA), the representative body of local assemblers, said that the country had a free market, and it was the market that decided prices, not the state. Indus Motor Company CEO Ali Asghar Jamali has recently told media persons that if the government tried to fix car prices, Toyota would exit Pakistan.

Some of the industry experts see the price fixing threats by the government as an eyewash just to appease public disdain for a while over frequent car price hikes. They said the government would not be taking any actions against the industry. According to analysts, the government also does not want car sales to increase since every car sold in the country would negatively affect Pakistan’s current account and subsequently foreign exchange reserves. Up to 90% of the cost of a car depends on imported CKDs, SKDs and raw material. Even the locally manufactured parts depend highly on imported raw material.

Currently at this point, assemblers are a bit relaxed due to the pile up of advance bookings in their hands whose delivery time ranges between 2 to 9 months. However the second half of the new fiscal year is likely from when the local auto industry will begin to feel the heat. Will the economic & political crisis of the country settle by that time, we will have to wait to find out.