Ban on CBUs to Impact Most Newcomers

Pakistan has witnessed record foreign exchange spending on highest-ever arrival of new automobiles in 2020-21 with 10,513 units in FY21 compared to 1,680 units in FY20, 3,716 units in FY19 and 7,424 units in FY18. With this, the government has decided to impose a temporary ban on the import of CBU (completely built unit) vehicles for the next 6 months, effective from January to June 2022 in order to curtail the widening current account deficit.

According to information, the current account deficit had touched an alarming $5.1 billion during the first four months (July-October) of the current fiscal year (FY2021-22) against $2.3 billion, approved by the parliament and the National Economic Council (NEC) for the entire fiscal year. Now the government is worrying that with the existing pace, the deficit might cross $15 billion mark for the current fiscal year which is 6 times more than the initially approved cap.

Government under Auto Policy 2016-21 had allowed assemblers to import 100 units per variant to test the market. But the massive import bill suggests that commercial imports by some specific models have enjoyed an edge. For example, 7,000 units of the MG HS have been delivered to the buyers since November 2020 till date while around 1,000 units are still said to be parked at the port. Additionally the import of the likes of Haval H6 & Jolion as well as Proton X70 also exceeds well above 100 units as stipulated in the policy, with local production (assembling) still not in sight. Plus in addition to newcomers, the existing assemblers have also imported new CBU vehicles in good numbers. Toyota Corolla Cross, Camry, Rush, the Land Cruiser, Honda Accord, CR-V as well as Suzuki APV, Vitara and Jimny as well as luxury brands such as Audi & BMW all comes in form of CBUs.

Reacting to this, an official representing a leading South Korean assembler said it imported a minimum of five to six units to a maximum of 50 units of different variants ahead of the start of local assembly. However in other cases, the import of CBUs have been allegedly misused. 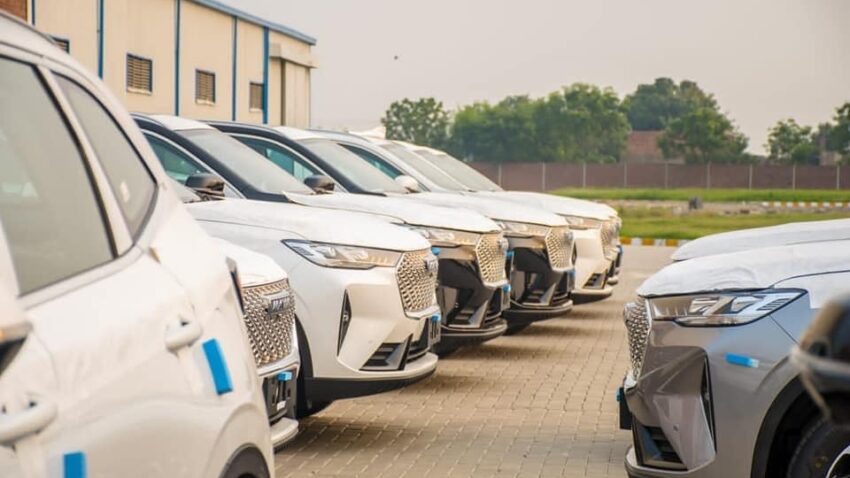 Now with the 6-month ban in place, the newcomers relying heavily on the imports of CBUs are most likely going to take a hit. But whether they will swiftly move towards assembling the units locally or will ‘wait’ for the ban to be lifted in order to resume their CBU operations, we will have to wait to find out.