This isn’t the first time the two automakers are working together, since the current Supra was also jointly developed by BMW and Toyota. Pieter Nota, BMW’s board member for sales and branding said:

“We have various projects with Toyota and believe hydrogen fuel cell technology is particularly relevant for larger SUVs.”

Hydrogen combines with oxygen in the fuel cell (which is located under the hood) to produce electricity which drives the car with water being the only emission. The fuel cell in BMW iX5 produces a maximum of 170 PS (125 kW) of energy, all of which is sent to a rear electric motor via an electric converter underneath the fuel cell. There is also a peak power battery that draws its juice from the energy generated by the fuel cell and from brake recuperation, sending more electricity when needed. 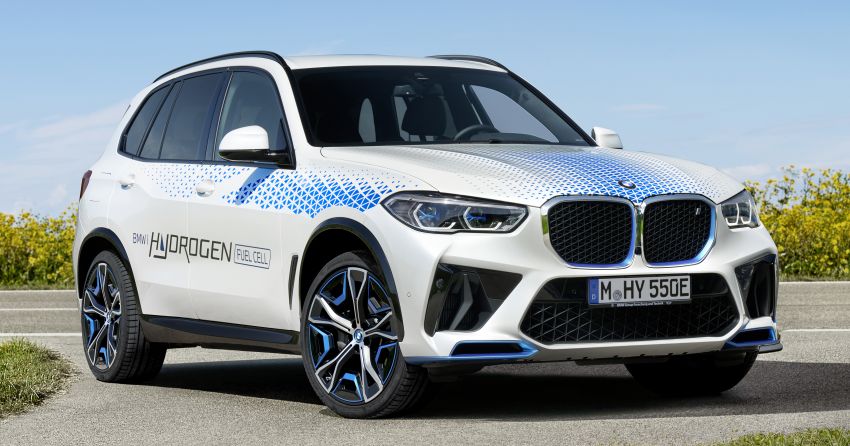 Together with the electric motor, the pair produces a combined output of 373 hp (275 kW). The fuel cell’s 700-bar tanks can hold up to 6 kg of hydrogen and takes up to just 4 minutes to fill up. According to BMW, a full hydrogen tank can offer up to 480 km of driving range. 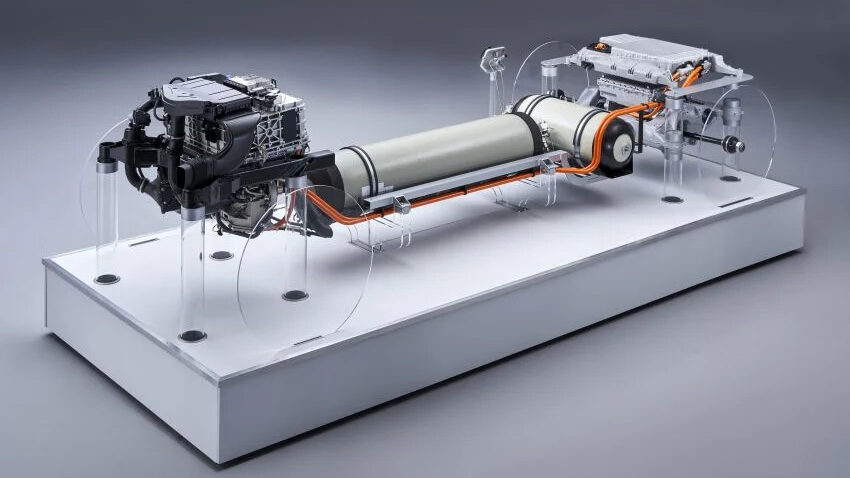 Alongside this announcement, BMW will reportedly accelerate its shift toward electric vehicles. The company is aiming for 50% of its sales, including MINI and Rolls-Royce, to consist of electric vehicles by 2030.

BMW’s decision to focus on hydrogen is driven by the hurdles that remain for EVs. Pieter Nota pointed out that “infrastructure is not the same everywhere” and the lack of availability of necessary materials as reasons. He said:

“We do believe in the importance of various technologies — battery electric vehicles, also hydrogen and efficient combustion engines — because we don’t want to put all our investment in one area.”