When China officially launched its secondhand vehicle export business in 2019, dealers had to send a huge number of e-mails and set up attractive websites to entice overseas buyers. But with the growing international recognition of Chinese brands in the past few years, partly driven by booming sales of electric vehicles in both the domestic and foreign markets, global buyers are now seeking out secondhand vehicles in growing numbers from Chinese dealers.

More evidence of the growth in exports of secondhand Chinese cars can be found in a used car market in Taizhou, Zhejiang province, where Wang Shen, the General Manager of Zhejiang Fanglin Import and Export Trade Co, was busy seeking cars for a major client in Poland. He said:

“Any car with driving range of less than 30,000 kilometers, without distinct scratches, and in a satisfactory condition is our first choice.”

Wang said the reason that why Japan and South Korea have become big exporters of used cars is largely dependent on the global popularity of their vehicle brands. Meanwhile, compared with them, automobiles manufactured by joint ventures in China, such as FAW-Toyota, Beijing-Hyundai and SAIC-Volkswagen, have no obvious competitive advantage in terms of the prices of used cars.

As a result of domestic companies’ generous spending on both offline and online promotions overseas, many foreign customers have increased their demand for used cars made in China. Chinese automakers saw their popularity start to increase in 2021, when their exports totaled 2.01 million vehicles, more than double the figure from the previous year, according to the China Association of Automobile Manufacturers (CAAM). 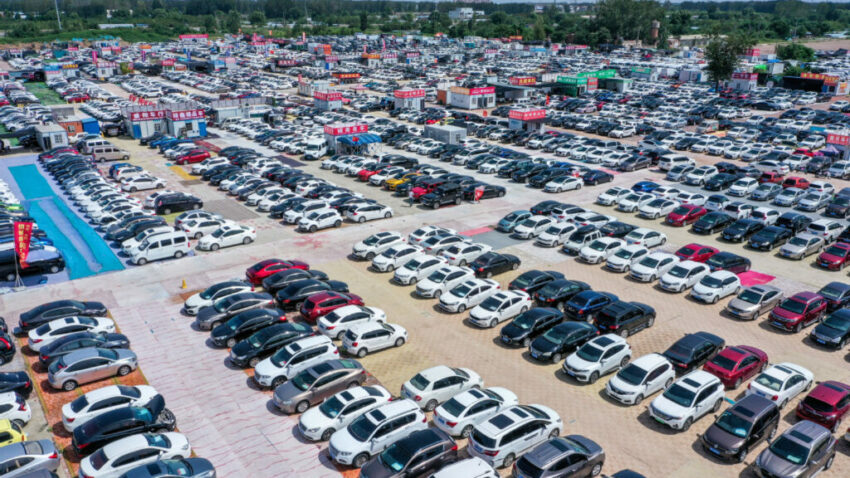 Boosted by supportive government policies and an increasing number of dealers, as well as robust exports of new cars in recent years, China’s exports of secondhand cars have entered the fast lane, and their prices have increased sharply. China exported more than 16,000 used cars in the first half of 2022, up from 15,123 last year. The prices of these cars have increased by an average of $4,895 in 2019 to nearly $15,000 in 2021, according to the Beijing-based China Automobile Dealers Association.

Tang Wei, an official at Taizhou Customs said dealers in Taizhou exported 5,631 used cars worth 860 million yuan ($123.49 million) to countries in the Middle East, Eastern Europe and Africa in the first 7 months of 2022. This was up from the 3,800 cars exported by Taizhou’s dealers in 2021. China launched exports of secondhand cars in 2019 in an effort to promote the upgrading of domestic automobile consumption. Chinese government has so far supported the development of secondhand car export business in 30 provincial-level regions across China, including Beijing, Tianjin, Shanghai and Guangdong province. While the export volume of secondhand cars is increasing, the proportion of secondhand electric vehicles is also growing year by year. However, the batteries in such vehicles are categorized as dangerous goods by shipping companies, putting exporters in a difficult position in terms of transportation.

Yang Jun, executive vice-president of Zhejiang Jishuai Import and Export Co, a Taizhou-based used car exporter, said that even though the popularity of Chinese electric vehicle brands has increased in overseas markets and some countries offer tariff reduction policies for imported secondhand electric vehicles, some shipping companies refuse to handle used electric vehicles due to a few cases of spontaneous combustion. 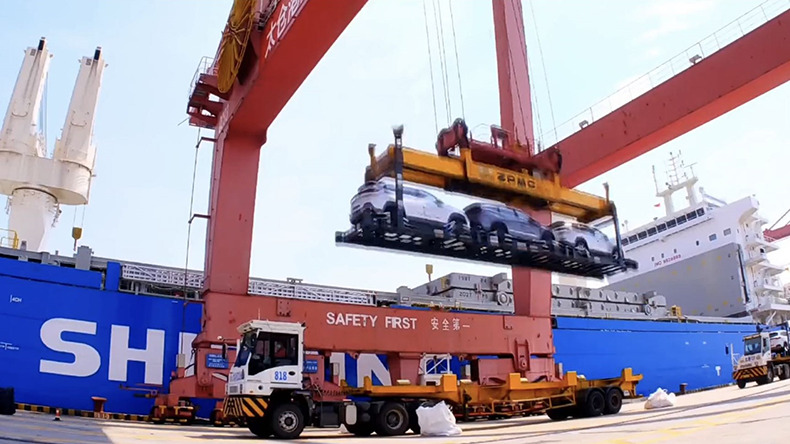 “Unlike gasoline-powered vehicles, which can be transported by container vessel, shipping companies only ship EVs on car and truck carriers,” he said, adding that many exporters have to spend more on China-Europe freight train services and road transportation to ship cars to Eastern Europe and Central Asia, and cut the number of vehicles exported to Latin America due to the restrictions imposed by shipping companies.

Related: Motor1 Says These 9 Chinese Automakers are Ready to Conquer the World

“Because different countries have their own requirements for imported used cars, we must make corresponding adjustments, such as converting voltage systems and installing SOS-buttons to meet the authorities’ requirements in Russia, South Africa and many Southeast Asian countries, before exporting them,” said Shi Lei, sales manager at Zhejiang Jishuai. 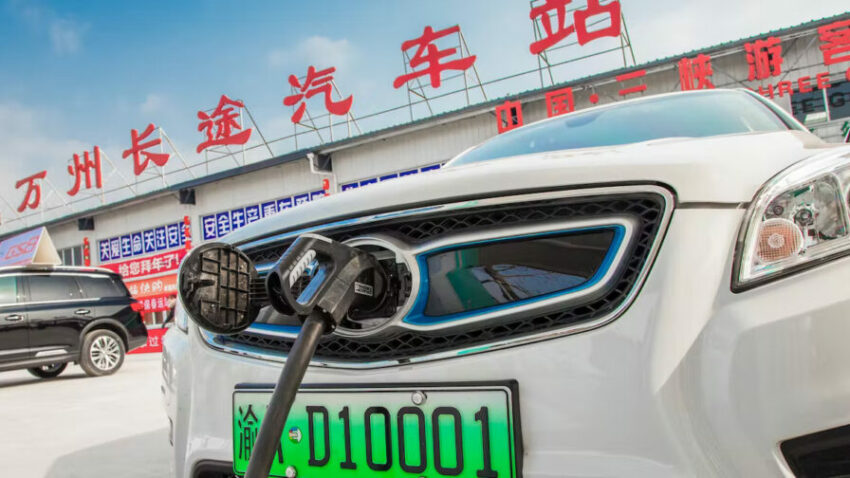 Due to the differences between the domestic and foreign markets, exports of used cars should be encouraged to develop in tandem with exports of new cars, along with the building of a sound after-sales service platform and the development of reliable foreign outsourcing service providers, said Luo Lei, deputy secretary-general of the China Automobile Dealers Association. It would be practical for domestic companies to ship used cars to countries where Chinese carmakers have already built such service networks, he said.

While the world seems to be benefiting from Chinese used-cars, we cannot take advantage of it primarily due to the fact that cars in China are left-hand-drive. Furthermore due to lack of interest of government towards electric vehicles, Chinese EV makers are far from bringing anything worthwhile here. The used cars imported from Japan (aka JDM) was perhaps the best bargain for auto consumers of Pakistan but that door has also been shut to support the import-dependent “local” auto industry which is unable to stand on its feet for over 30 years.