Ciaz Outsells City in India, Unable to Sell in Pakistan

The Ciaz in India has been consistently outperforming its rival Honda City in terms of sales. Honda City, which was once the undisputed champion in the mid-size sedan segment, seems to be fast losing ground to the Maruti Ciaz.

While the new 2017 Honda City facelift was able to steal the spot light away from Ciaz soon after its launch, it seems like the buzz around the City facelift has started fading. Latest sales chart shows that the Ciaz has once again overtaken the City.

One of the key reasons for the success of Ciaz in India is the price factor. While the Suzuki sedan goes almost neck-to-neck in specs, there is nearly a 3 lac rupee difference between the prices of both sedans. The Price of Honda City in India starts from INR 8.5 lac, whereas the Ciaz starts at INR 7.7 lac. The top of the line Honda City ZX CVT cost INR 13.53 lac in India, while the flagship Ciaz ZXi+ cost just INR 10.52 lac. 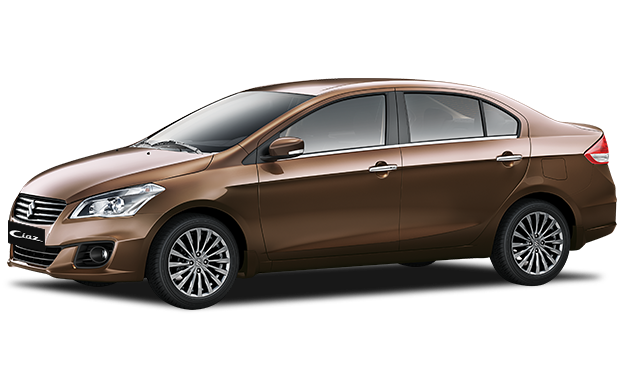 The Ciaz is really very fuel efficient. The Petrol version returns up to 20.73 km/liter with manual transmission. Its automatic variant offers 19.2 km/ liter. The diesel version, which is also the most fuel efficient car in India, offers 28.09 km/ liter. Furthermore all Diesel variants of the Ciaz come with SHVS mild Hybrid technology as standard which further boosts the fuel average of the vehicle.

In comparison the new Honda City returns up to 17.40 km/ liter on the Petrol Manual and 18.0 km/l on the Petrol Automatic. The City Diesel offers a mileage of up to 25.6 km/l.

Reportedly in India, Suzuki will launch a facelift for Ciaz in coming weeks. Updates will be mostly cosmetic along with some additions to the features list, and is expected to make the Ciaz even successful across the border.

On the other hand the Ciaz in Pakistan, which is an imported under-spec vehicle launched by Pak Suzuki earlier this year is yet to make its impact in the market. And more importantly Pak Suzuki doesn’t really seem to be interested in its marketing either as all of its attention goes towards the new Cultus (Celerio).

According to Azam Mirza, General Manager PSMC, there are currently no plans for the company to launch a locally assembled version. So perhaps the Ciaz is there just for the sake of being there, creating no troubles for its rivals whatsoever leaving the sedan playfield for Toyota and Honda while Pak Suzuki keep churning profits from the smaller vehicle segments. Oligopoly wins again!

The Ciaz which misses our more than a dozen features found in international models is available in a single trim with 2 transmission options in Pakistan. It is priced at PKR 18.59 for the manual and PKR 19.99 for the automatic version.

In order to make it a success, Pak Suzuki should bring the price down and must consider launching the Ciaz that’s available elsewhere rather than offering a stripped version specifically made to be slapped on Pakistani consumers.