The NIO EP9 electric supercar recently set a new record at the Nurburgring Nordschleife with a lap time of 6m 45.900s. The all-electric supercar, which premiered in November 2016 at the Saatchi Gallery in London, UK, had set a record last year too when it lapped the 20.8 km ‘Green Hell’ in 7m 05.12s, thus earning the title of the fastest electric car in the world.

19.22 seconds faster in its latest outing at the famed track, the EP9 has now beaten Lamborghini Huracan Performante’s record lap time of 6 minutes 52.01 seconds. The company says it was able to improve its time this year due to better weather.

In October 2016, we aimed to set a new lap record for an electric vehicle with our NIO EP9. In the inclement weather that the Nurburgring Nordschleife is known for, the EP9 completed two laps of the 20.8 km (12.9m) ‘Green Hell’, one of which was in 7m 05.12s, beating the previous EV lap record, making it the fastest electric car in the world. The EP9’s new lap record is 19.22 seconds faster than its previous lap time. This is a fabulous achievement for NIO and I am very proud of the team that has worked tirelessly to achieve this accolade. 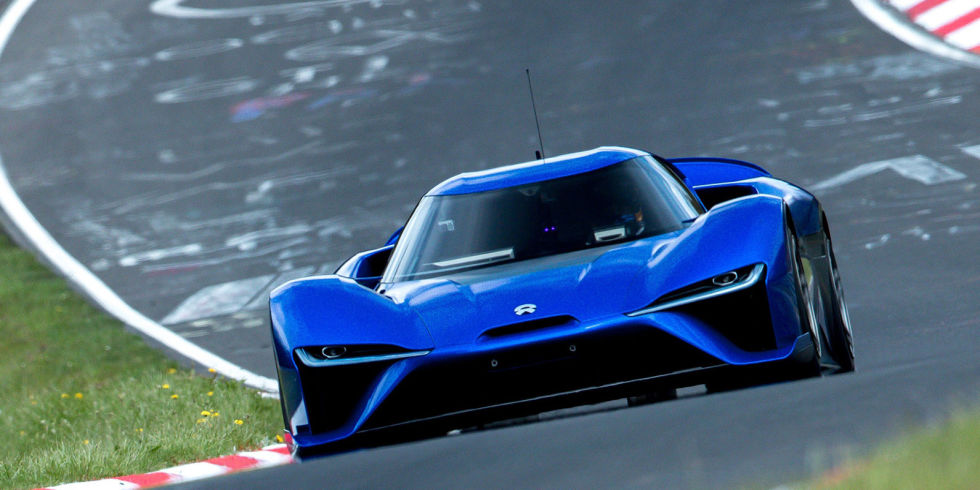 The EP9 gets four high-performance inboard motors and four individual gearboxes and delivers 1-MegaWatt of power, equivalent to 1342 bhp. It has a top speed of 313 kmph and accelerates from 0-200 kmph in 7.1 seconds. The supercar is capable of achieving 24,000 Newtons of downforce at 240 kmph.

NIO recently announced that it intends to produce a second batch of ten EP9s, and each one of which is priced at $1.48 million.