Toyota Gazoo Racing Team Thailand, has just clinched the first position at the 24 Hours of Nürburgring in the Super Production 3 (SP3) class, a grueling endurance race even for the most seasoned teams, for the second consecutive year with the latest 12th gen Corolla Altis.

Tuned by Toyota Gazoo Racing Thailand of course, the Corolla Altis at the endurance race with car #120 and #119 scored a double podium in the SP3 class, finishing first and third respectively. Another Toyota, a Toyota 86 (powered by a Subaru engine) was placed second.

This year, conditions at the Nürburgring were treacherous with heavy downpour and fog dominating the race. Low visibility and torrential showers caused multiple crashes, forcing race officials to suspend the race after 6 hours. Following a 14-hour intermission, the longest in Nürburgring history, the #120 car restarted the race from P1 and maintained its dominance right to the checkered flag.

The #120 car was driven by Taiwan’s Chen Jian Hong, Japan’s Naoki Kawamura and Thai national Grant Supaphongs while the #119 car was an all-Thai team comprising of Nattavude Charoensukhawatana, Nattapong Hortongkum, Manat Kulapalanont and Suttipong Smittachartch. With this, the Toyota Corolla Altis has once again proved its reliability and durability as it grabbed 2 out of 3 top positions at one of the toughest endurance races. 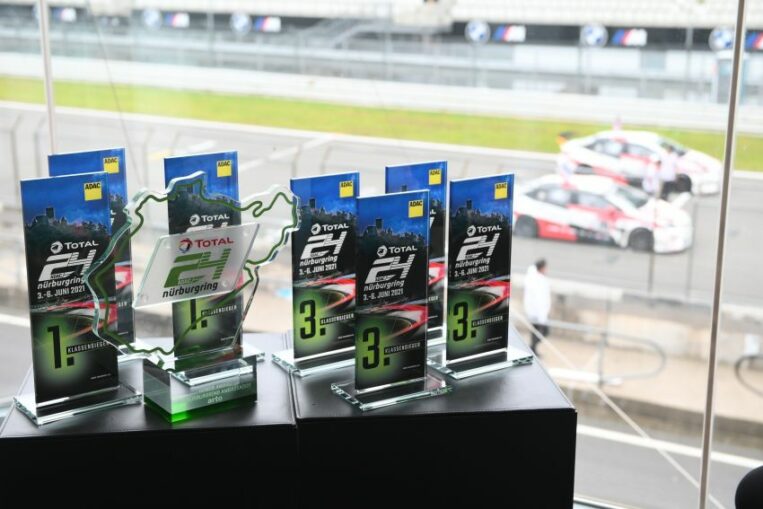 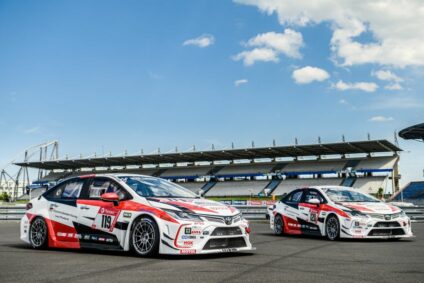 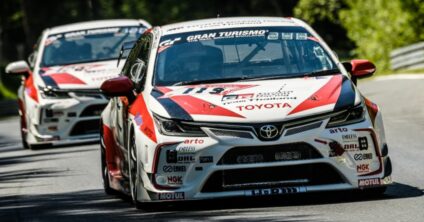 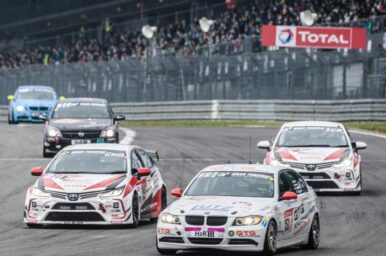 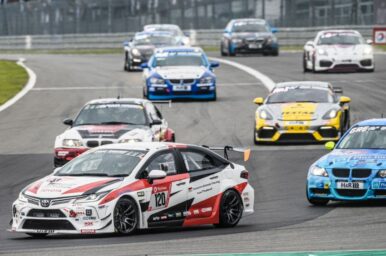 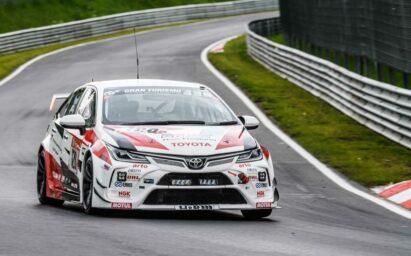 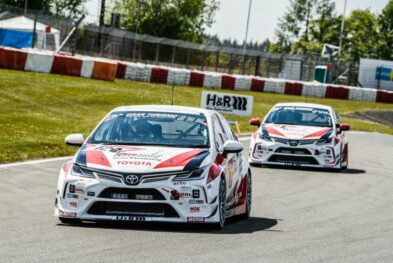 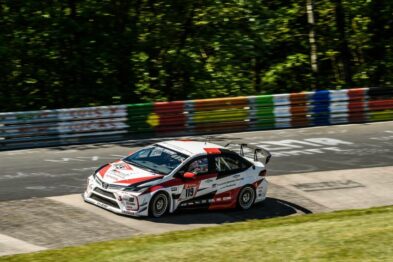 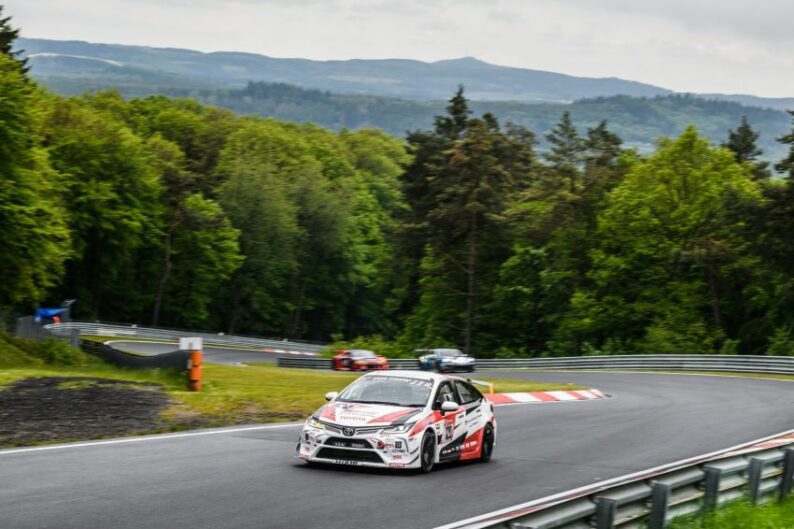 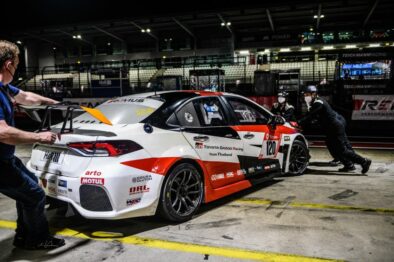 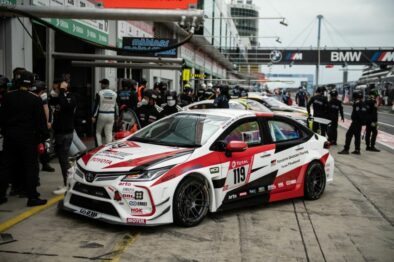 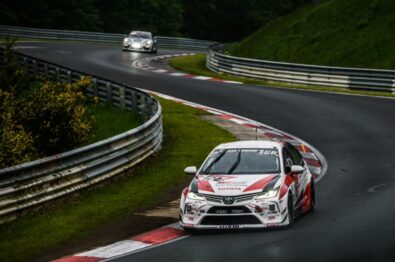 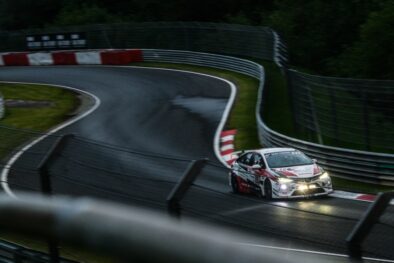 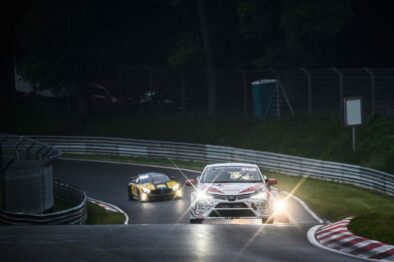 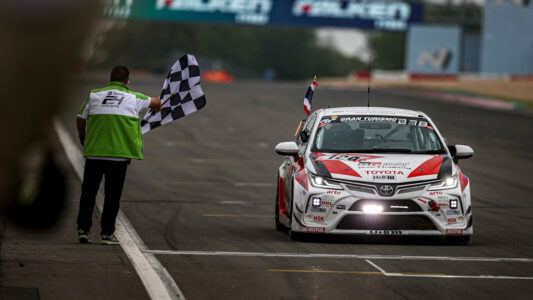 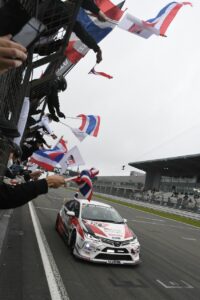 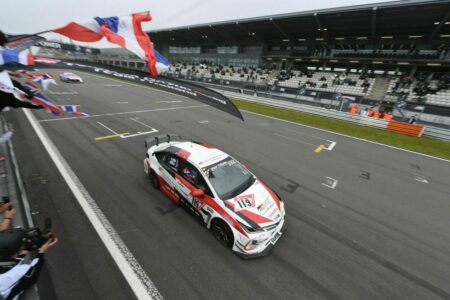 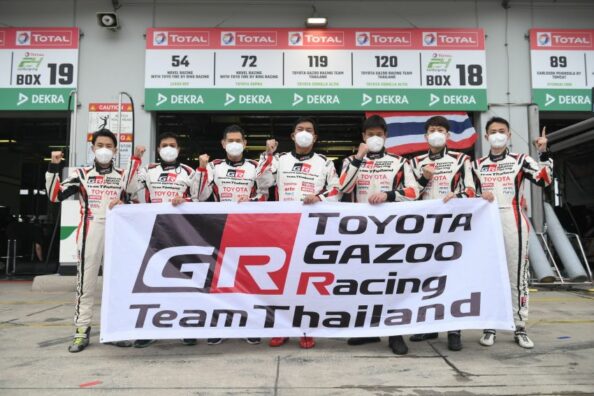 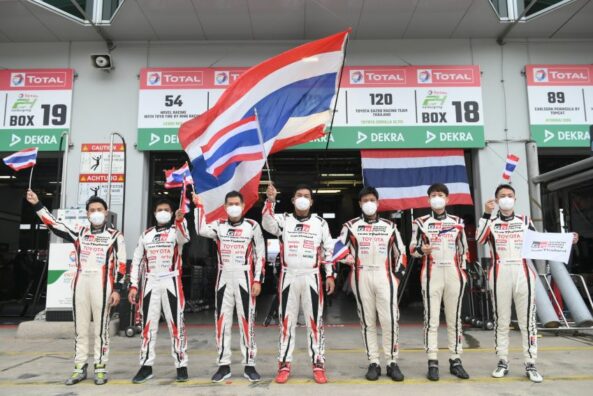 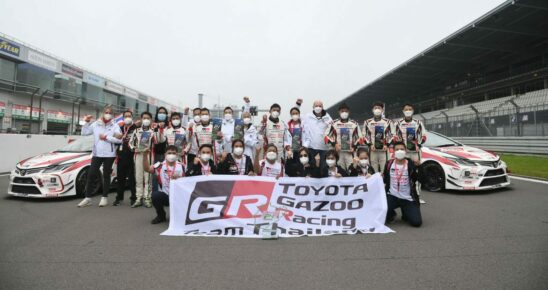