FAW Considering to Introduce the V2 AMT in 2018

FAW V2 is currently the only non-Japanese passenger car to be assembled in Pakistan. Introduced in our market back in 2014, the 1.3 liter V2 hatchback was initially imported as CBU from China, however since August 2017 the hatchback is being assembled locally.

Since then the popularity of V2 is on the rise, as the local assembled V2 has given a lot of confidence to buyers who were earlier hesitant to go for it. The car offers good value for money in an affordable price tag and more importantly, performs well too.

However the major concern for most of the people is the lack of variants, as the V2 comes in a single trim and off course, the unavailability of an automatic transmission. With the ever increasing traffic in big cities, the automatic transmission is considered a huge bonus particularly if you have to drive often in congested situations. 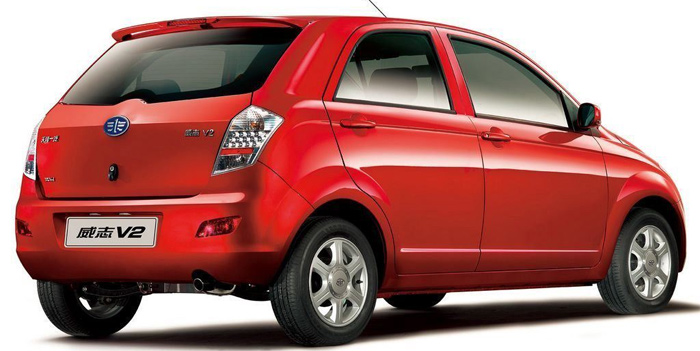 Now however, it has been learned from a reliable source that Al-Haj FAW is considering to introduce the V2 with AMT transmission somewhere in 2018. The AMT (Automated Manual Transmission) is a semi-automatic clutch-less transmission that facilitates manual gear changes using electronic sensors and actuators upon input from the driver or by a computer. This removes the need for a clutch pedal which the driver otherwise needs to depress before making a gear change. Recently a similar transmission was also offered by Pak Suzuki called AGS (Auto Gear Shift) in its flagship Cultus VXL variant.

The AMT was available with the V2 Cross in China and it will be a much needed addition to the V2 lineup here in Pakistan. Stay tuned to CarSpiritPK for more information on the V2 AMT launch in Pakistan.