Javed Afridi, the key figure behind MG (Morris Garages) cars in Pakistan has revealed the commencement of local production of MG cars in his tweet made earlier today.

He posted a couple of images of a white colored example of MG HS on his Twitter & Facebook accounts which are followed by 1.9 million and 3.0 million people respectively.

Later, Afridi also posted a video from the line off ceremony celebration of the first locally produced unit at MG plant.

Earlier this month, images of production plant were posted by MG Pakistan’s official Facebook page showing various stages of production process. According to the company, it will produce quality vehicles under the supervision of Chinese and Pakistani experts.

This will sure give a sigh of relief to MG owners & those willing to buy these cars in future. The company has already introduced MG HS and ZS crossovers in Pakistan (as CBU) and is in process of introducing the ZS EV electric vehicle. Javed Afridi has already hinted the launch of various other vehicles on his social handles including the MG5 and MG6 sedans, MG3 hatchback, MG Extender pickup truck as well as the Gloster and RX8 SUVs. 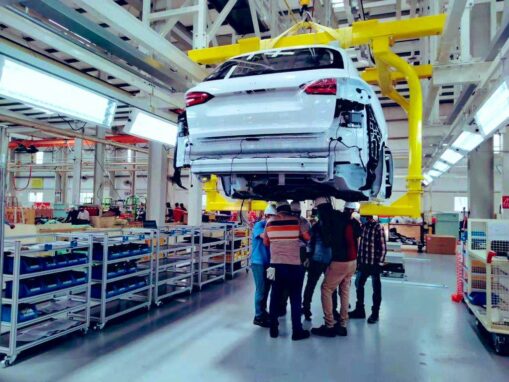