Heroic Driver Speeds Away Burning Oil Tanker to Save Lives

Real-life heroes do exist and that’s exactly what a Quetta tanker driver proved to be true when he drove away a burning tanker on the provincial capital’s Qambrani road to save lives.

In what seemed like a scene from an action movie scene, Muhammad Faisal drove off his heavy vehicle when it caught fire at a petrol pump located on the aforementioned road. The scene was captured by people there and the video went viral over the internet & social media within no time.

Faisal who hails from #Quetta recalled the nerve-wracking terrifying moments, “I thought now the oil tanker will explode and I will die.” pic.twitter.com/cyMAWRUot6

The brave tanker driver chose to put his life at great risk drove away the burning vehicle for around two kilometers in an empty place. Recalling the horrifying moments, Faisal said:

“When I saw the fire I rushed to drive away despite the roaring flames. My primary concern was to save human lives. I thought I would die but I was concerned about the population.”

He went on to explain that every time he would decide to stop, he would see some more people nearby and it would compel him to continue moving. “I was mentally prepared for my death,” Faisal said. What made the incident even scarier and more threatening for the driver is that it contained more than 10,000 liters of petrol. Faisal’s risky but brave efforts bore fruit as scores rushed towards the vehicle once it was stopped and managed to extinguish the flames. 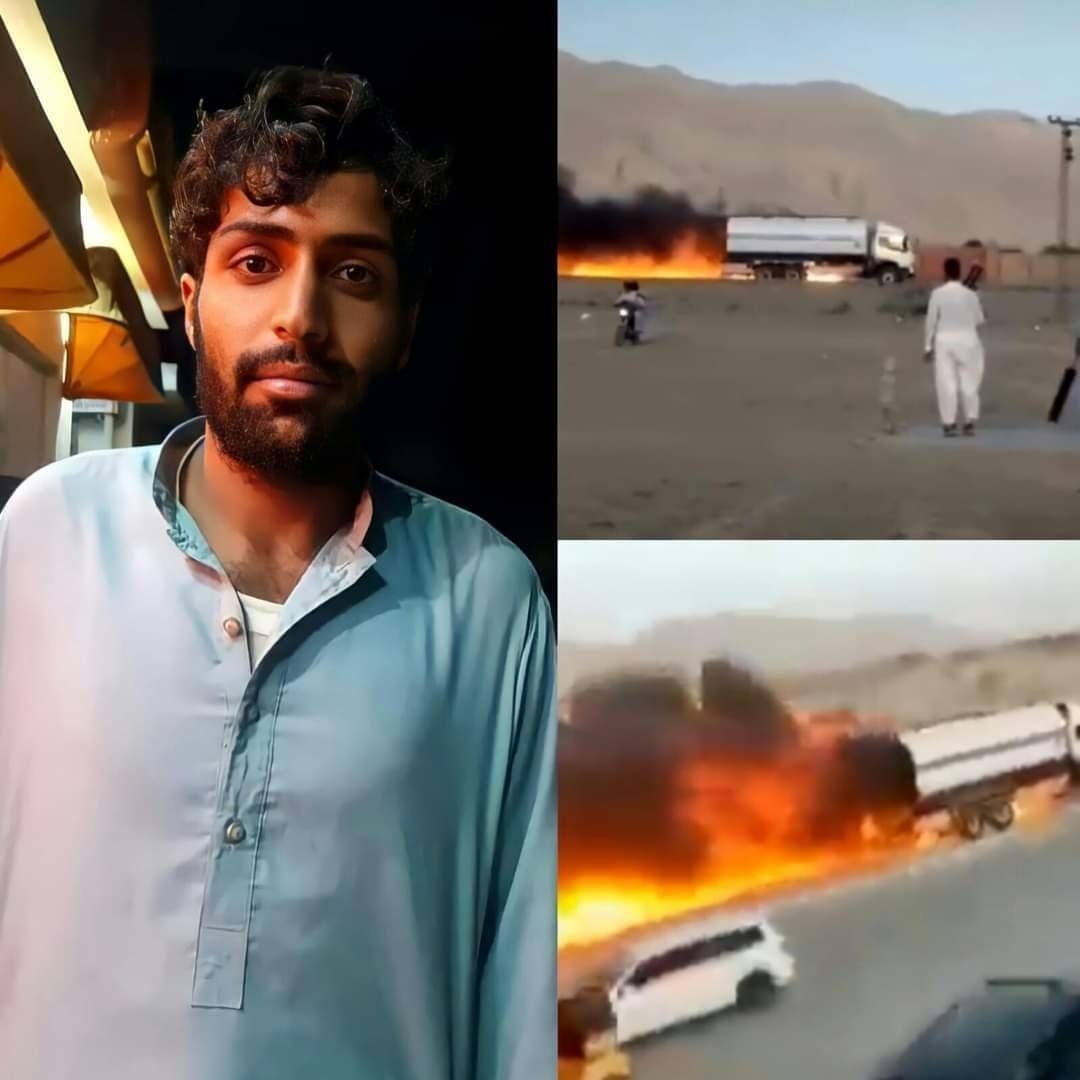 People at the spot who witnessed the death-dealing action situation, are demanding the provincial government and Chief Minister of Balochistan Mir Quddus Bizenjo to announce a special prize for the man who saved precious human lives.