MG has just released first official photos of its latest battery-electric crossover called the Mulan. This is the first EV to be built on SAIC-MG’s new electric platform named Nebula. The Mulan will be MG’s first global EV which will begin its sales from Europe.

In terms of styling, the MG Mulan boasts a very aggressive design. The front features noticeable creases on the bonnet & sharp LED headlamps with a light arrangement that makes it easily stand out. The MG logo sits over the lip, while the highly indented bumpers gets a black air intake grille, some sensors and a spoiler lip. The side features multiple waistlines and a sloping roof with an additional glass behind the C-pillar. The back features full-width tail lights extruded out of the body and only separated by the MG logo in between. The rear bumper gets skid plate & diffuser element, and there is a split-type spoiler as well as a panoramic roof to round off the exterior details. 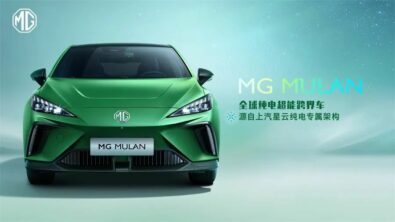 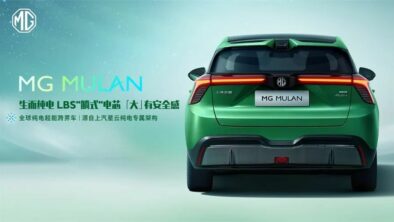 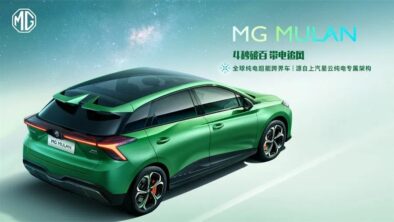 MG says the Mulan will be a performance-oriented EV with a 0 to 100 km/h acceleration time of just 4 seconds. According to MG, the Mulan will boast superior handling capabilities however the details haven’t been shared at this stage. It benefits from a high-density battery with reduced thickness that allowed MG to increase the space inside the cabin. The MG Mulan also has extra protection for the battery to prevent thermal discharge & fire and has been designed to comply to European safety standards. Furthermore, the Mulan’s architecture will allow it to have Level 3 autonomous driving capabilities. It will also come with 5G connectivity and a smart cockpit for the driver area inside the cabin, though interior images are yet to be released.

Related: MG One Revealed Ahead of Debut

MG is eyeing global expansion this year, as it aims to sell 120,000 units in Europe, including the Mulan, with plans to increase sales significantly in the coming years. MG Mulan was also spotted being tested under camouflage somewhere in Hungary. Formal launch date is yet to be announced but is expected to happen within a few months. 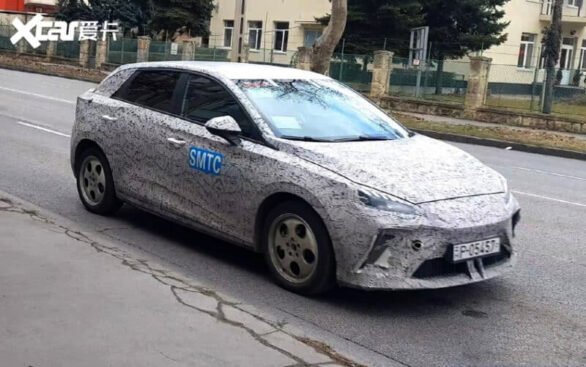 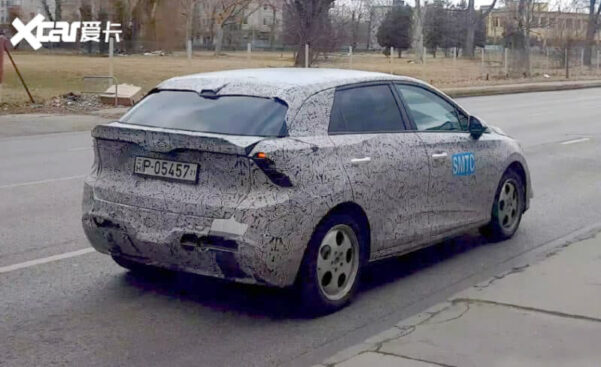