It looks as if Honda Atlas is planning to tap the crossover segment again with the launch of new generation HR-V. Images of a camouflaged test mule have appeared on the internet where the latest generation HR-V can be seen wearing the same livery which was used to wrap the 11th gen Civic test mules in Pakistan.

The latest generation Honda HR-V debuted in February 2021 and since then has been introduced in many countries across the globe including most ASEAN markets. Keep in mind the test mule appears to be the version that has been launched in Indonesia & Thailand and is soon to be introduced in Malaysia. The one launched in the US adorns a different fascia which resembles the Honda ZR-V sold in Chinese market. 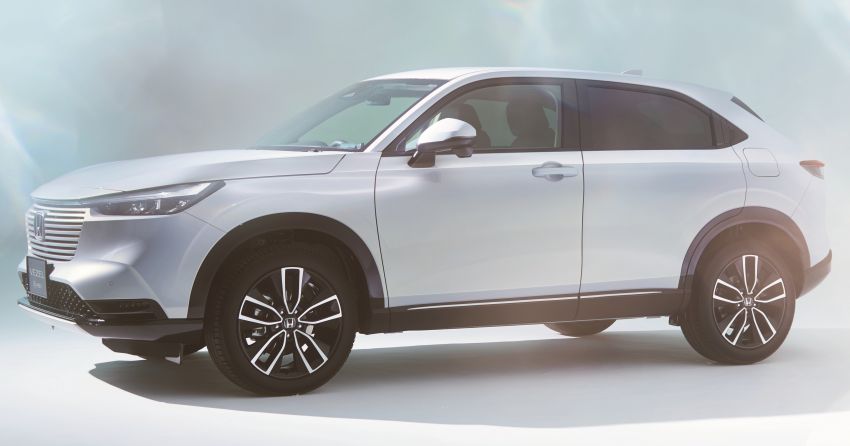 The all new HR-V (known as Vezel in Japanese Domestic Market) is substantially different from its predecessor. The styling is very much coupe-inspired with a sloping rear hatch. Interestingly there is no signature solid wing face up front. The tall, wide headlights and more vertical nose make the car look wider and more imposing while devoid of any creasing it portrays a very clean and minimalistic look.

The new HR-V comes with 1.5L i-VTEC petrol engine paired with CVT, a 1.5L i-VTEC Turbo as well as e:HEV hybrid powertrain paired with an e-CVT and two electric motors. The range topping RS variant also comes in hybrid e:CVT guise, however looking at the rims of the test mule we can assume that Honda Atlas has actually imported a hybrid HR-V unit.

According to sources, Honda is on works to introduce two new models in Pakistan, one being the new HR-V as well as the all-new BR-V which will replace the existing model that’s around since 2016. No definite timeline has been revealed at this stage however one may expect these vehicles to become available towards the end of this year. More information will be shared as & when available, stay tuned to CarSpiritPK.