The new Honda City hatchback has been finally introduced in Malaysian markets. The hatchback derivative of the 7th gen City made its debut in Thailand last year and has already been introduced in various other markets.

Just like the 7th gen Honda City sedan in Malaysia, the hatchback comes in 4 variants– 1.5 S, 1.5 E, 1.5 V, and e:HEV RS hybrid. In terms of design the City remains similar to the ones sold in other markets with its front end similar to its sedan sibling whereas the shortened back gets similar slim horizontally stacked tail lamps with similar light signature. The RS e:HEV and V versions get LED headlights with LED DRLs, LED front fog lights, LED rear combination lights, and 16-inch alloy wheels as opposed to lower variants which get 15-inch units as standard. 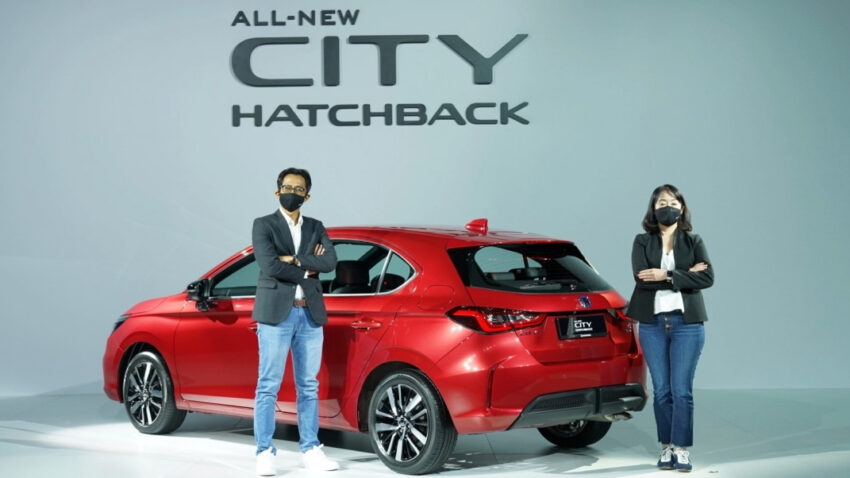 Under the hood, the three petrol variants are equipped with a 1.5L DOHC i-VTEC four-cylinder engine that churns out 120hp and 145 Nm and is paired to a CVT gearbox. The hybrid variant is powered by a 97 hp/127 Nm 1.5L four-cylinder engine together with an electric motor delivering a combined 109 hp/253 Nm. 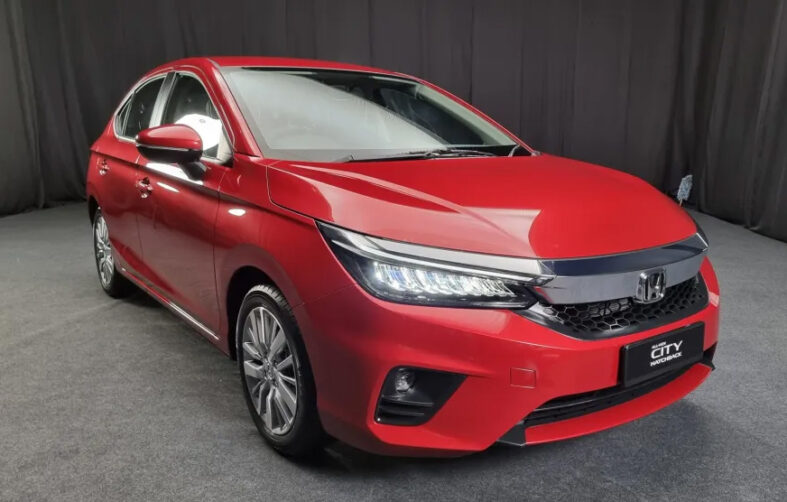 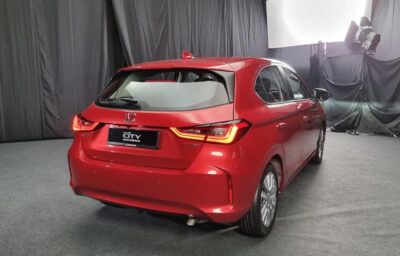 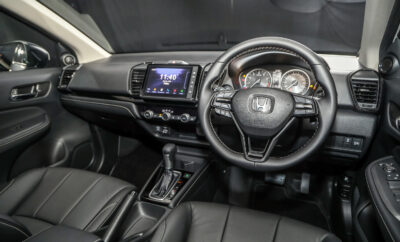 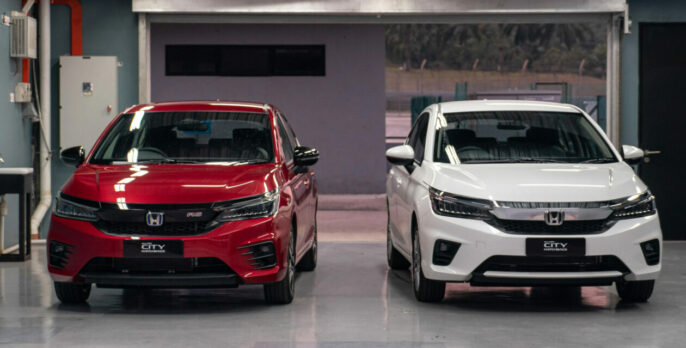 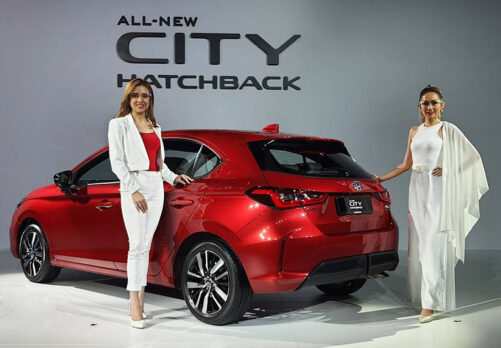 Standard safety features across the lineup include 4 airbags and stability control, while with the V variant gets a Honda LaneWatch camera and 6 airbags in total. The City hatchback in Malaysia comes a 5-year unlimited-mileage warranty and 5 complimentary labor services. The hybrid version gets an 8-year, unlimited-mileage warranty which includes the lithium-ion battery as well.