Honda HR-V and Geely BinYue are two extremely popular subcompact (B-segment) crossovers in China, both registering 6-figure sales consistently. Here in our part of the world, the Honda HR-V is known as Vezel whereas t he Geely BinYue went on the become a re-badged Proton X50, which the company has hinted to introduce in our market next year.

Related: 5 Star Crash Test Result for VW ID.3- Where Do We Stand?

A Chinese media outlet Drag Racing recently carried out an experiment to see how the BinYue and Vezel would perform if they are collided against each other. Not to mention both these cars hold a 5-star crash test score already. A frontal offset crash test, with both Chinese-manufactured vehicles traveling towards each other at 64 km/h. The test video shows the collision and plenty of slow-motion snippets for the Drag Racing team to analyze.

According to the publication, both HR-V and BinYue collided at the precise position planned, and the smashed front ends are to be expected given the nature of crumple zones that deform on purpose to help dissipate as much force as possible. The airbags of both crossovers were also deployed within just 30 milliseconds, although the seat belts locked much quicker on the Binyue (9 milliseconds) to hold the test dummies in place compared to the Vezel (15 milliseconds). According to Drag Racing, the seat belts are equipped with a small explosive charge (much like in an airbag) to instantly lock the seat belts in a collision, holding passengers in place in case of an accident.

The team also observed the passenger compartment to see if the damage sustained could result in injuries being inflicted on passengers. Based on the footage, the Geely BinYue performed better than Honda HR-V, as the A-pillars, doors, roof and underbody of BinYue did not deform as severely. However, both cars managed to keep their passenger structures intact, with no immediate intrusions, to keep the occupants safe. 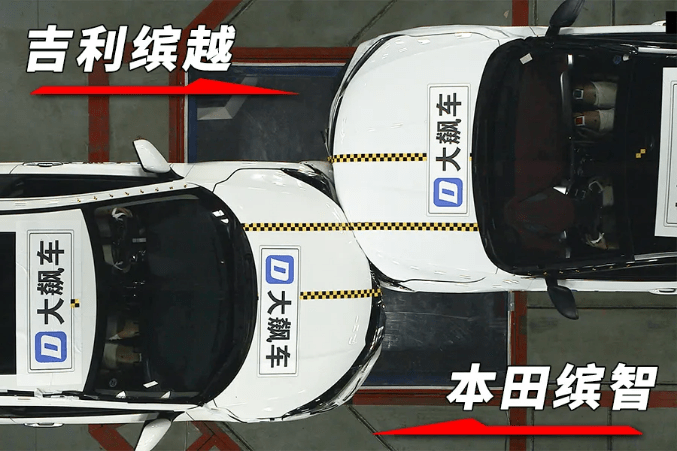 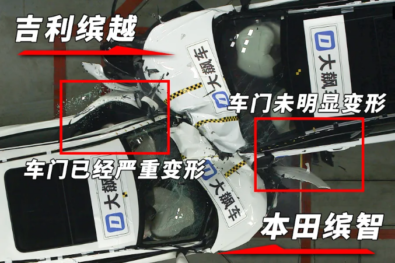 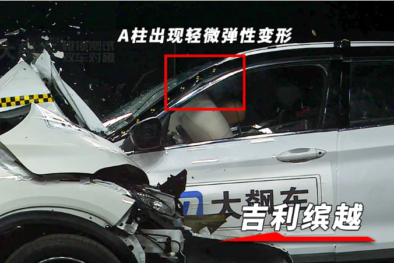 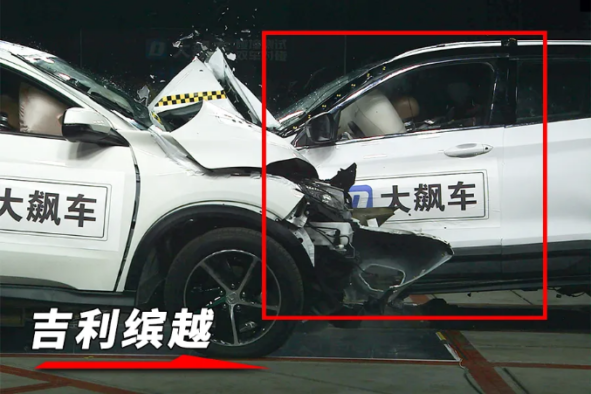 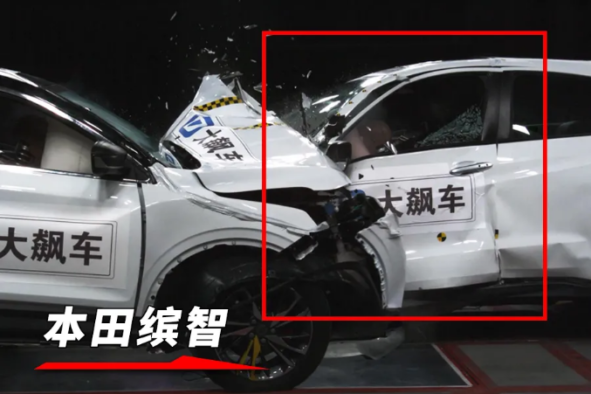 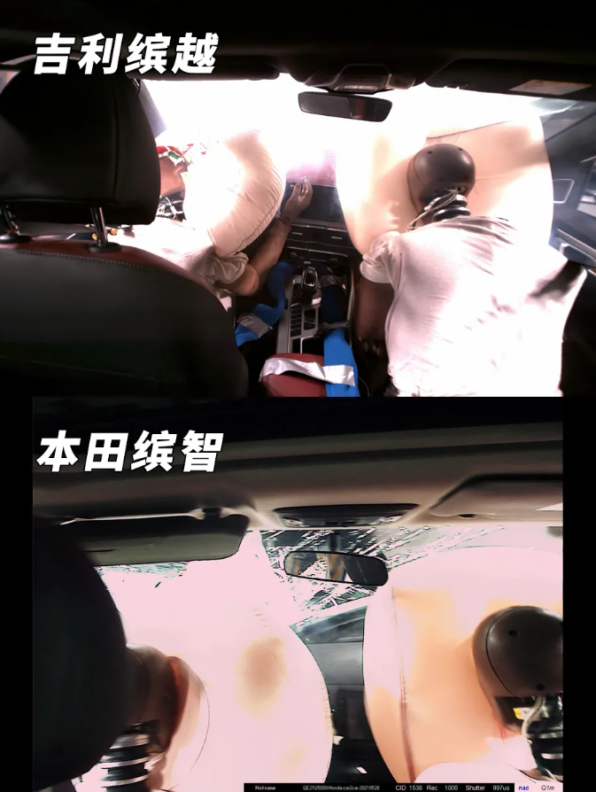 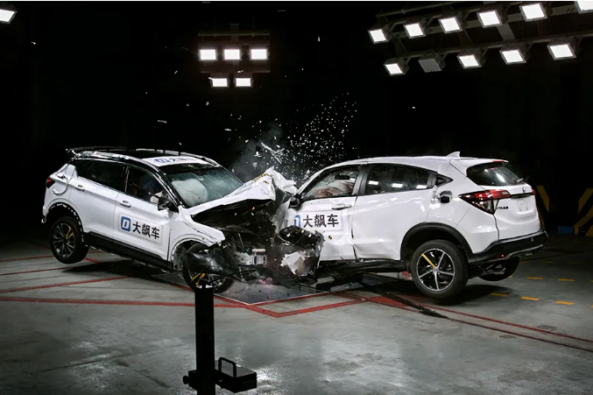 It is pertinent to mention that Geely BinYue is a relatively newer product that was released in 2018 compared to the Honda HR-V (Vezel) which is around since 2015. Although Honda has revealed the new generation of HR-V earlier this year, it is yet to go on sale in most markets. As such, the Geely BinYue benefits from more modern safety technology developments (compared to the current HR-V), thus contributing to the better results.

Secondly, the results of this test should only be applied to the Chinese domestic market given that local units were used. Differences in materials sourced and production processes depending on where the car is built would mean that this test isn’t a representation of versions sold in other markets.

Click here to read more about the Geely BinYue. 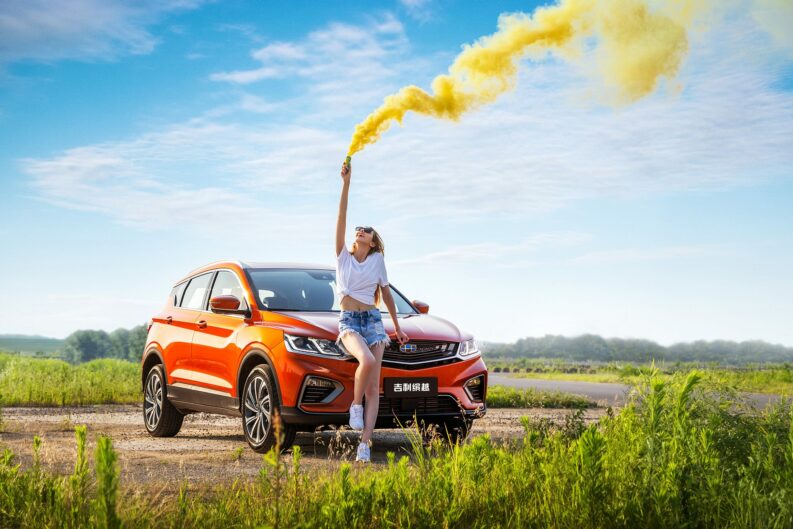 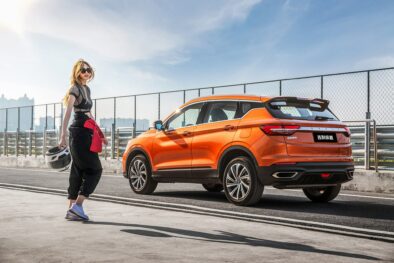 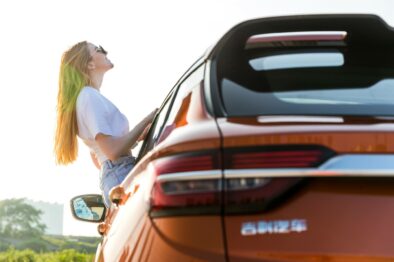