After a series of teasers, Honda has finally unveiled the N7X concept in Indonesia in an online event held earlier today. Abbreviation of ‘New 7-seater eXcitement’, the N7X concept gives us a near-production ready preview of the successor to the current generation BR-V that debuted in 2015. Designed by Honda R&D Asia Pacific, the N7X is radically different from the current BR-V we have here, with looks inspired by the new Odyssey facelift. There are sleek headlamps sporting L-shaped DRLs flanked by a large chrome bar placed above horizontal slatted grille. Also, the sculpted bumper features LED positioning lights near the fog lamp housings. 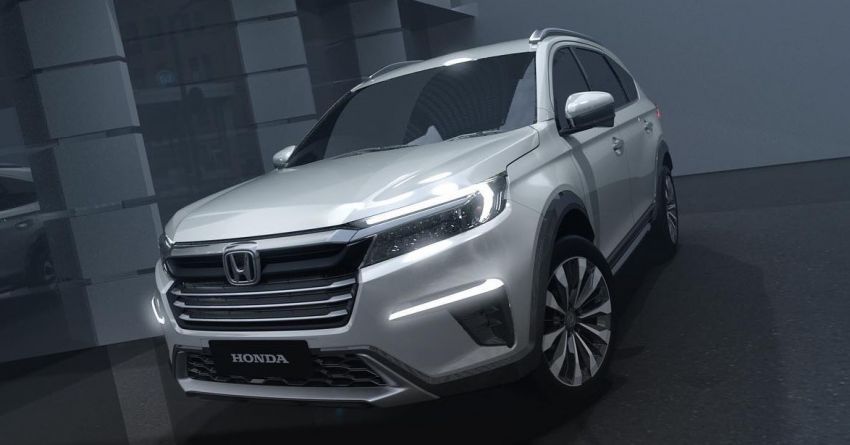 Towards the side, the N7X concept boasts a cleaner profile leaving away the fussy lines while the kinked window line of the BR-V has also been smoothened out. Though the rear quarter glass behind the C-pillars still reminds you of the current BR-V. 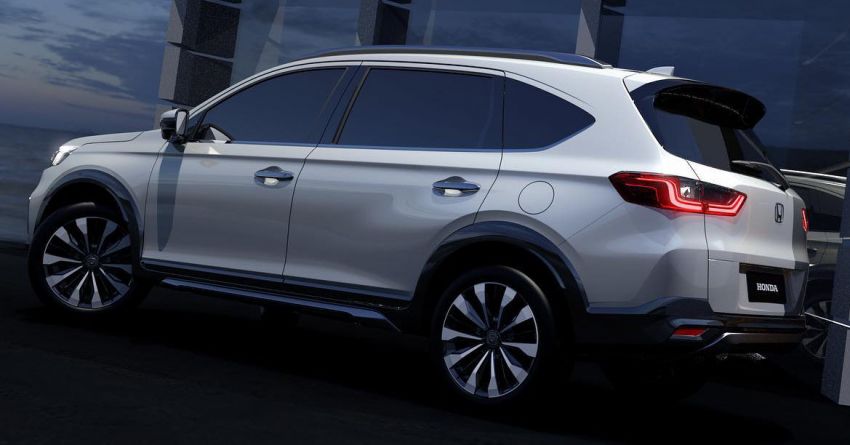 The rear-end features slim tail lights which are very much similar to those of latest generation Honda City. The simpler tail gate is devoid of any unnecessary creases or chromic highlights with license plate holder shifted much lower than that of the current BR-V. Although Honda hasn’t released any interior images of the N7X concept, however as seen in the introductory video, the dashboard features cleaner design without angular shapes and a touchscreen head unit that appears integrated into the dash. There are rectangular air vents towards the corners along with a new steering wheel, HVAC controls, and a raised center console that accommodates the gear lever.

There is no information on the powertrain options yet but the N7X will feature an improved set of safety features including Honda LaneWatch. Honda hasn’t given any timeline regarding the arrival of production model, however one can expect it to become available by 2022.

Related: Troubling Times for Honda and BR-V in Pakistan

BR-V is an important model for Honda in the ASEAN region where 7-seat MPVs are quite popular, however it was discontinued in India last year due to poor sales whereas in Pakistan, the BR-V sells around 300 units a month which is certainly not a healthy number but still remains the only option among the 7-seaters that fits below the PKR 3.5 million price range. What is your opinion regarding Honda N7X concept, and whether you think the BR-V successor should make its way here? Let us know with your comments.