Honda has released first teaser images of the new Civic Type R as the camouflaged prototype is being tested at the Nurburgring while formal launch is expected to take place in 2022.

The Civic Type R will obviously be based on the new Civic hatchback which debuted in June this year, but will feature some visual differences which are evident despite the car wearing a camouflage. The changes include a redesigned front bumper with large air intakes on either side and a restyled mesh grille up front. Towards the sides there are noticeable side skirts while the new Civic Type R can be seen wearing Michelin Pilot Sport tires and beefy Brembo brakes with red calipers. 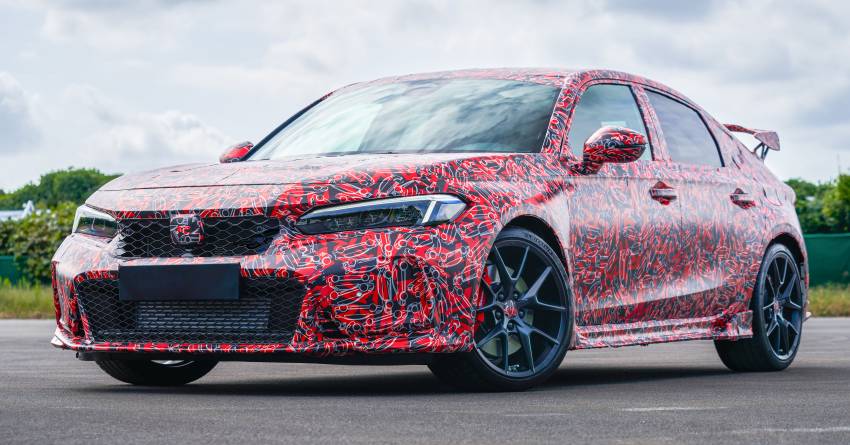 The rear end features center-mounted triple exhausts pipes with middle one being bigger than the other two. There is a GT-style rear spoiler while the bumper can be seen having racecar-like diffuser blades. Furthermore the LED tail light signature is expected to be different than the regular 11th gen Civic hatchback. Honda hasn’t released interior images at this stage though. 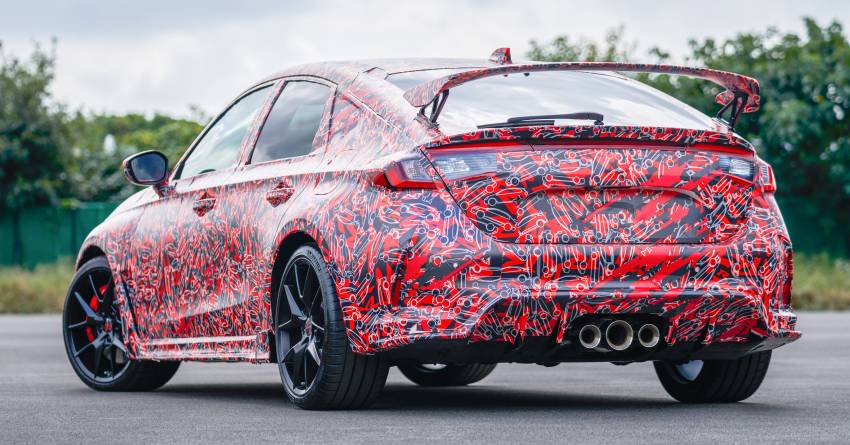 Honda hasn’t disclosed powertrain details as well, but as per reports there will be an upgraded version of the 2.0L turbocharged four-cylinder engine, which currently generates 306 hp of power and 400 Nm of torque in the previous generation model. However, there are certain reports suggesting that the new Civic Type R will get a hybrid all-wheel drive system with electric motors resulting in combined power exceeding well above 400hp. A 6-speed manual gearbox is expected to be offered as standard.

The new Honda Civic Type R will be produced in North America for the first time since Honda has shut down its Swindon plant in the United Kingdom which was known as the global hub for producing the Type R.