Are Chinese CUVs Taking Over?

Crossover Utility Vehicles (CUVs) or simply CUVs are becoming a new craze in town with each new comer eager to tap the segment with not just one but multiple offerings. Taking a look at our market for CUVs that have either been introduced already or are expected to go on sale in near future, the number exceeds well above 15.

Kia Sportage is a prime example of CUV success in our market which went on to become (unofficially) the third bestselling car in Pakistan hardly a year after being introduced in our market. Lucky Motors, those behind Kia cars in our country are also in process of launching the Peugeot 2008 crossover soon. Plus there is Tucson crossover by Hyundai-Nishat which is also doing reasonably well in our market.

However, in addition to the aforementioned South Korean and European options, there is an influx of Chinese CUVs that has in fact outnumbered the rivals by a huge margin. These crossovers are beautifully designed, come rich in features & equipment and despite a price range higher than PKR 4.0 million & above, are considered to be pulling the attention of buyers in decent numbers. Lets have a look at some of these popular Chinese CUVs.

The MG HS crossover is considered as a new sensation in town, for those who have the luxury to spend over PKR 5 million for four-wheelers. It bears very attractive looks and has probably the best interior compared to any other CUV available in our market.  Under the hood there is a 1.5L turbocharged 4-cylinder petrol engine that churns out 160 hp of power and 250 Nm of torque with power sent to the front wheels via a 7-speed automatic transmission. MG also launched the more less pricier ZS crossover but it failed to grab the attention of buyers despite a relatively lower price tag. Regal Automobiles introduced the Glory 580 back in April 2018. It was the first CUV to be offered in Pakistan after the Auto Policy 2016-21 took into effect & newcomers started exploring the market. However the local assembled versions were outpaced by Kia Sportage (August 2019) as the first locally assembled Glory 580 rolled off the assembly lines in September 2020. It is also the first & only 7-seat CUV available in its class. Available in two engine options distributed across 3 variants, the Glory 580 gets 1.5L turbo engine capable to churn out 147hp, and a 1.8L naturally aspirated engine which delivers 130 hp. The engines are paired to 6-speed manual or CVT gearbox options.

Later in December 2020, the company launched an enhanced version called Glory 580 Pro which is positioned as a flagship model in the Glory 580 range of CUVs. Under the hood, there is a 1.5 liter turbocharged engine that produces 150hp of power and 220Nm of torque sending power to the front wheels via a CVT gearbox with 6 virtual gear ratios. Like the Glory 580, the DFSK Glory 580 Pro is also a genuine 7-seater and comes extremely rich in features & equipment.

Proton X70 is another CUV that was launched back in December 2020. Although Proton is a Malaysian brand, the X70 is actually based on Geely Boyue with slight cosmetic differences. Apart from the fascia, the X70 is as Chinese as any other crossover originating from the land of dragons. When Geely took controlling stake in Proton in 2017, its aim was to penetrate the right-hand drive markets using the Proton umbrella. So in addition to the X70, Geely has also blessed Proton with the Binyue crossover which resulted in the Proton X50 and is positioned below the X70 in Proton’s lineup. In addition, more Geely vehicles are expected to act as donor models for upcoming Proton cars including the next generation Exora and even the new Saga sedan.

Under the hood, the X70 gets an award winning 1.5L 3-cylinder turbo engine which was co-developed by Geely and Volvo. The engine delivers an impressive 176hp of power and staggering 255Nm of torque and comes paired to a 7-speed dual clutch transmission. Considering its rich features, safety & even the impressive looks, the Geely Boyue aka Proton X70 is by far the most attractive option among CUVs available in Pakistan.

Sazgar was initially engaged in launching the BAIC branded vehicles in Pakistan. But got into the collaboration with Great Wall Motors as their second Greenfield achievement, to introduce the Haval range of premium crossover SUVs in our market. So far, the Haval H6 and Jolion have been introduced in our market and are positioned as premium offerings. Both H6 and Jolion are extremely impressive considering the looks, safety features & equipment on offer. Under the hood both get a 1.5L turbocharged engine generating 147hp however in terms of torque the H6 delivers a better 230Nm compared to Jolion’s 220Nm.

In addition to the above, there are plenty of more CUVs expected to be launched in our market in near future, such as Chery Tiggo-4 and Tiggo-8 which will be introduced by Ghandhara, Skoda & VW crossovers by Premier Motors are expected to be available by 2023, Changan is also about to launch a few crossovers whereas another Chinese automaker GAC is also eying to introduce its range of crossovers in Pakistani market.

Crossovers were a largely neglected subjected as far as the existing Big-3 were concerned, but with the arrival of newcomers, chiefly the South Korean & Chinese players are more interested in offering CUVs rather than conventional sedans & hatchbacks. 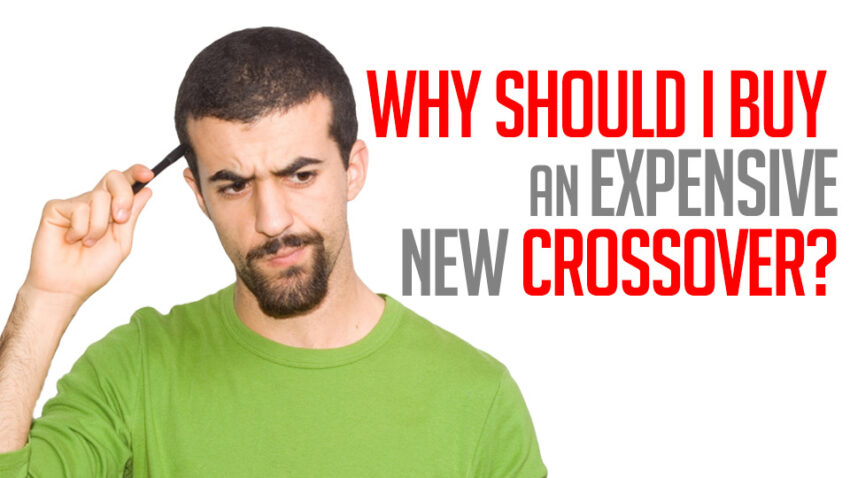 However keeping DFSK Glory 580 & 580 Pro aside, the core issue with all the above mentioned options is that they all heavily rely on imported CBUs with their assembly plants in Pakistan either incomplete, or yet to become operational. Because of which there is a question mark on mass production and after sales & spare part support since a proper 3S dealership network is yet to be established. For any vehicle, the spare part & backup support is vital for its success, without which even the most reliable brands won’t be able to perform well in the market. On papers the Chinese CUVs are very attractive and offer a lot compared to the rivals, but whether they will be able to prove themselves as a reliable option in a longer run is yet to be seen. Especially keeping in view how the companies behind these Chinese crossovers are going to handle it all.