South Korean Hyundai Group is edging closer to become the world’s 3rd largest car maker in terms of production & sales for the first time in history. Despite pandemic, Hyundai as well as its Kia and Genesis brand have done really well in key markets including North America and Europe.

According to information, Hyundai Group has surpassed Stellantis with 5.05 million cars sold in the global market during the first three quarters of year 2021. Following the world’s No. 1 Volkswagen Group (6.95 million units) and the No. 2 Toyota Group (6.32 million units), while Renault-Nissan-Mitsubishi Alliance (5.49 million units) occupies 3rd place and Stellantis (5.04 million units) is now in 5th place. Hyundai is also pushing hard for electrification and witnessing some great results with its new Ioniq 5 EV. A full lineup of Ioniq battery-electric vehicles is expected to follow as the South Korean automaker is increasingly investing in the technology, which most industry analysts agree will power the entire automotive space before long. 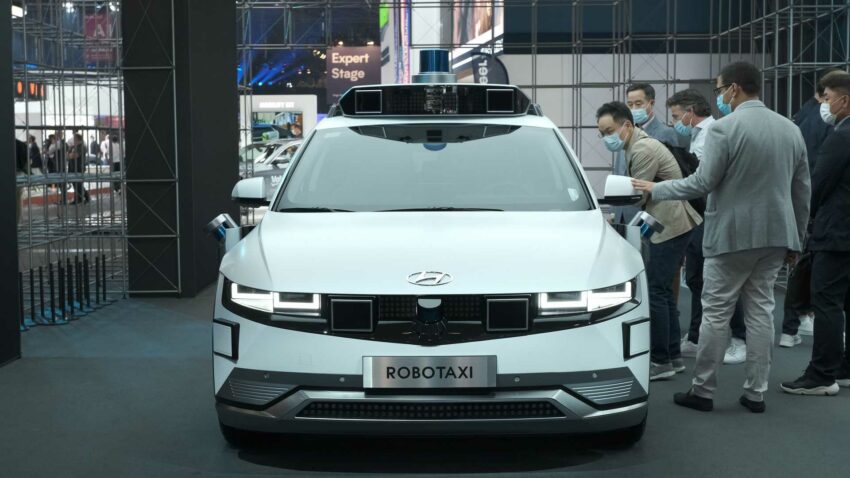 During the upcoming CES event, Hyundai Group aims to release its plans to commercialize self-driving robot taxis in 2023, mass-produce urban air mobility (UAM) in 2026, fully electrify Genesis by 2030, and promote carbon neutrality by 2045. Business circles observe that the Hyundai Motor Group is highly likely to present a detailed roadmap for a new mobility business at the opening ceremony next year, as it has promoted a large number of young R&D personnel such as robotics, UAM, and big data in its recent executive reshuffle.