South Korean automaker Hyundai faced outrage and boycott calls in India after a recent social media post from Hyundai Pakistan did not go down too well with many in the neighboring country. Hyundai Pakistan posted a message on Twitter and Facebook on 5th February, which is observed each year as ‘Kashmir Solidarity Day’ here in Pakistan.

Observing the day is a way of Pakistan showing its support to the people of Kashmir struggling for freedom. On its social media handles, Hyundai Pakistan wrote, “Let us remember the sacrifices of our Kashmiri brothers and stand in support as they continue to struggle for freedom. #HyundaiPakistan #KashmirSolidarityDay”. 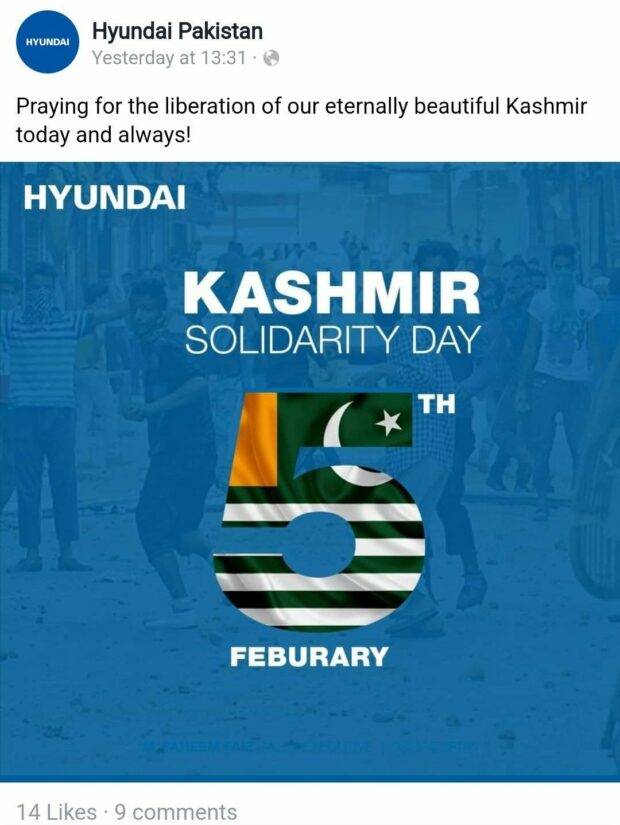 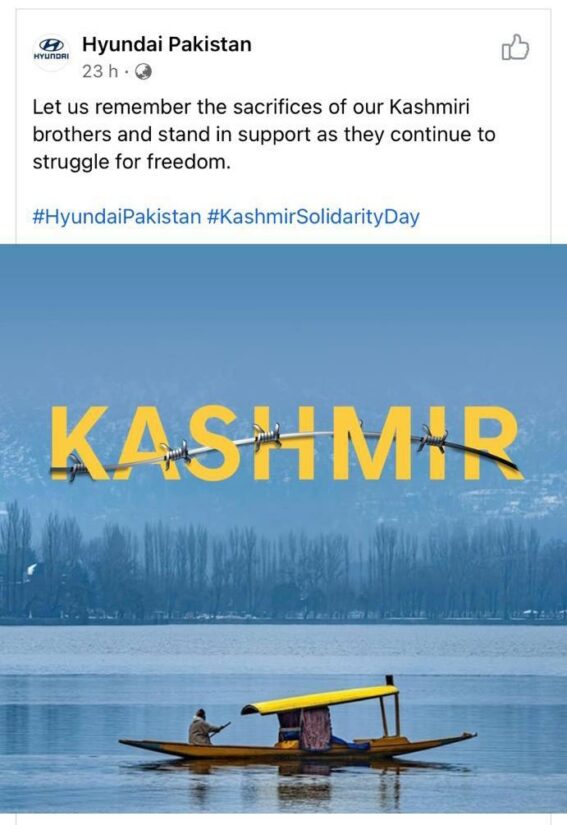 Following it, #BoycottHyundai trended on Twitter in India with many people asking to stop buying the company’s products in the country. The posts were reportedly deleted later from both Facebook & Twitter, following outrage from Indian users on social media. Several tagged Hyundai India on Twitter questioning its thoughts on the post by the Pakistan counterpart. Reportedly, many even went on to cancel the bookings of Hyundai vehicles in India. Responding to this, Hyundai India put out a message on social media reiterating its commitment to the Indian market.

“Hyundai Motor India has been committed to the Indian market for more than 25 years now and we stand firmly for our strong ethos of respecting nationalism. The unsolicited social media post linking Hyundai Motor India is offending our unparalleled commitment and service to this great country. India is second home to the Hyundai brand and we have zero tolerance policy towards insensitive communication and we strongly condemn any such view. As part of our commitment to India, we will continue our efforts towards the betterment of the country as well as its citizens.” 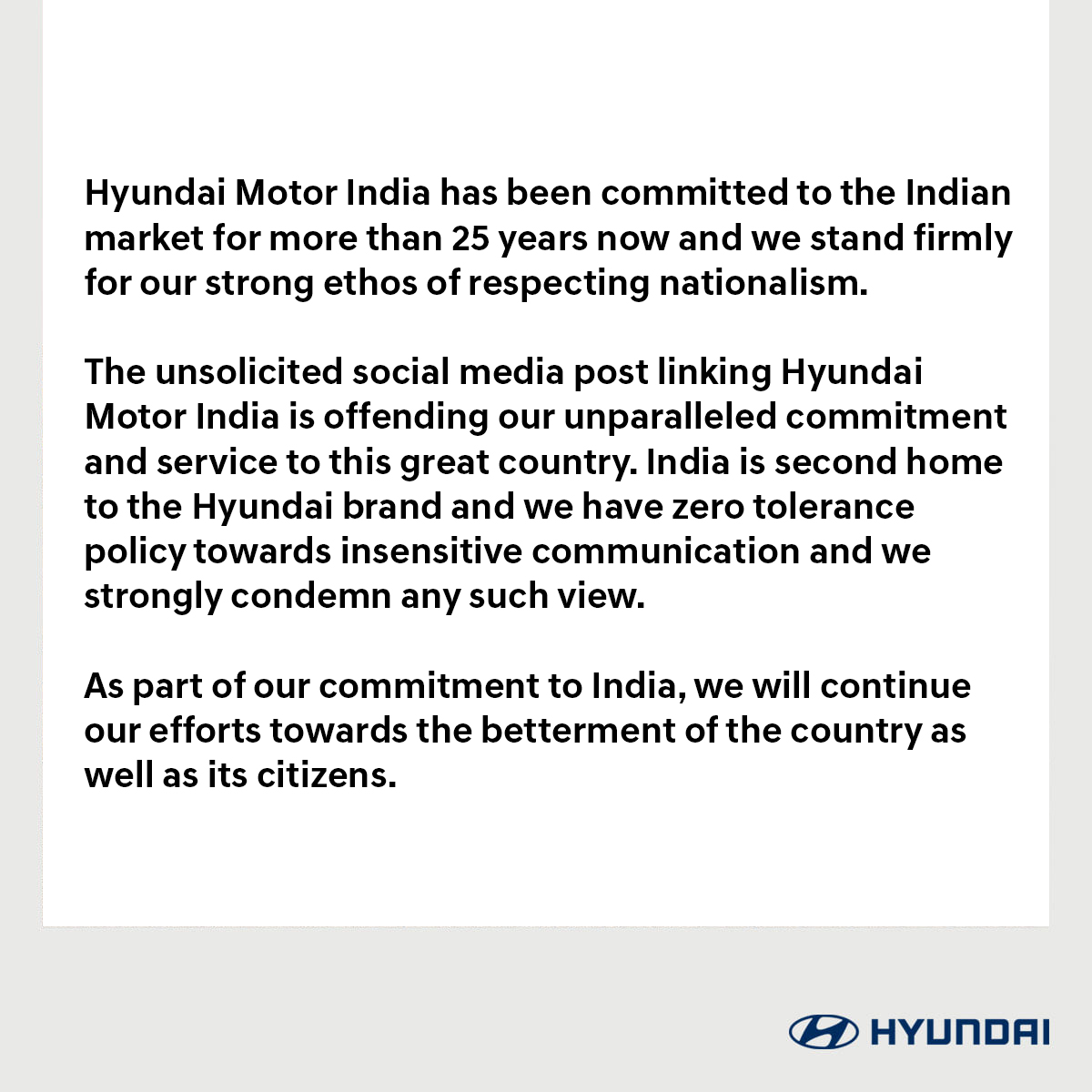 Hyundai Motor India Limited (HMIL) that was founded back in 1996, is a wholly owned subsidiary of Hyundai Motor Company of South Korea. In India, Hyundai is the second largest automobile manufacturer, having 17.42% market share (as of FY 2021). On the other hand, Hyundai Pakistan is a joint venture between Hyundai Motor Company and Nishat Group, which is the authorized assembler and manufacturer of Hyundai vehicles in Pakistan market. It was formed in 2017 and began production in 2019 marking a comeback after the previous venture between Hyundai and Dewan Group was dissolved more than 14 years ago.