The winner of 2019 World Car of the Year award, Jaguar I-Pace EV caught fire and turned into ashes somewhere in Florirda, USA. While an exact cause of the incident is yet to be determined, this is globally the fourth such case for the award-winning British EV to catch fire.

The images show us that the Jaguar I-Pace experienced its demise in a clear stretch of suburban road. This is because the owner Gonzalo Salazar promptly moved it out from the garage while it was charging after he noticed smoke billowing from it. If he had not done this, his entire house could have met the same fate in a rapidly escalating fire that engulfed the EV in a short span of time. 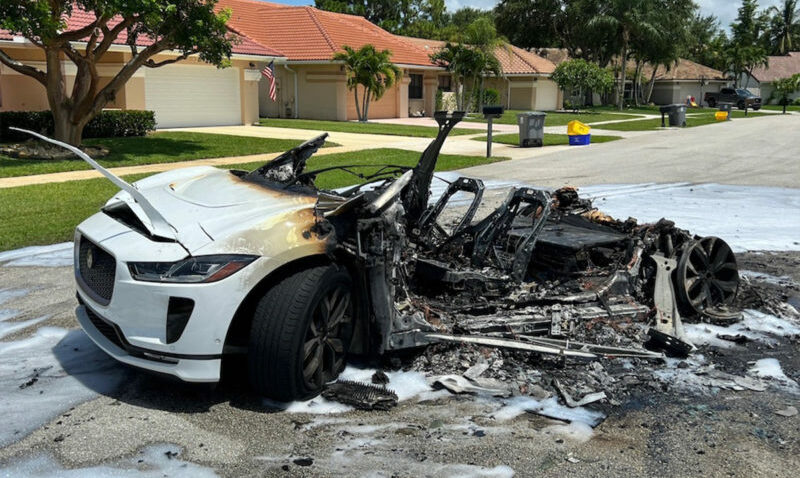 The fire emergency crew managed to subdue the flames with great difficulty which require a special fire suppression foam to completely extinguish the flames. Later, Jaguar moved the I-Pace to conduct an examination and determine what may have caused this misfortune however no hypotheses have been presented yet. 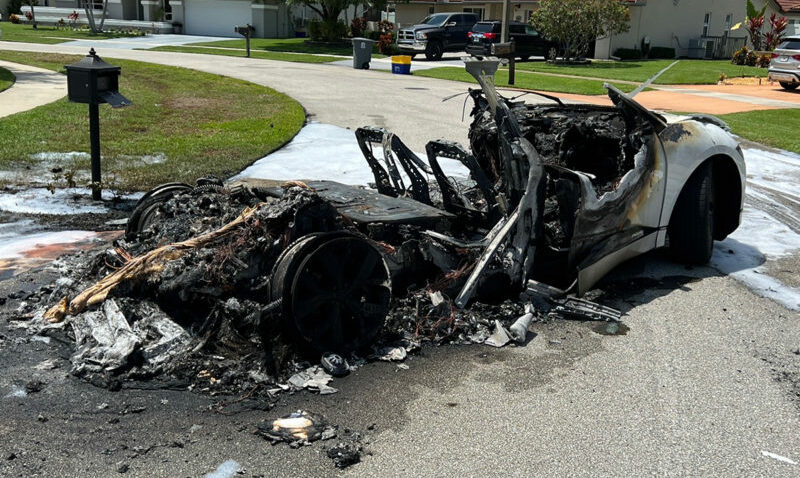 The vehicle owner mentions that Jaguar hasn’t taken any responsibility for the spontaneous blaze and haven’t been of great help in the aftermath of the incident either. Considering a similar case occurred to an I-Pace in Hungary in October last year, Jaguar’s findings might deem a recall for problematic battery cells but this is all speculative. 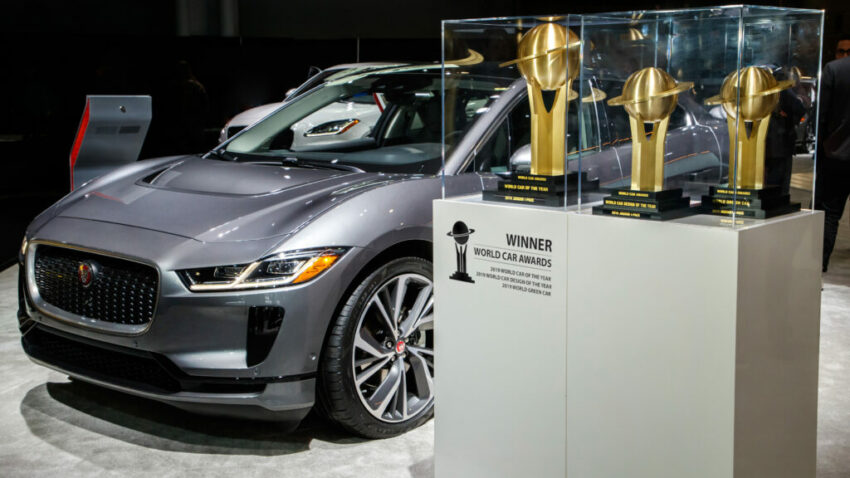 The I-Pace battery-electric crossover is produced by Jaguar Land Rover under their Jaguar marque since mid 2018. It has so far won 62 international automotive awards. In March 2019, it won the European Car of the Year award, the first Jaguar to win the title. Then in April 2019, it became the 2019 World Car of the Year, and won Best Design and Best Green Car awards as well as the 2019 German Car of the Year award to name a few.

Jaguar I-Pace is an all-wheel drive EV and gets two motors powered by a 90 kWh LG Chem lithium-ion battery with a battery management system developed by JLR. Each motor delivers 197 hp of power and 350 Nm of torque, for a combined power of 395 hp and total torque of 700 Nm. The 0–100 km/h sprint time is just 4.8 seconds while the top speed is electronically limited to 200 km/h.

The battery contains 432 pouch cells and can charge from 0 to 80% in 85 minutes using 50kW DC charging, or 45 minutes using a 100kW charger. Home charging with an AC wall box (7 kW) achieves the same state of charge in 10 hours. As the I-Pace has a single-phase AC charger, it is slow to charge outside fast charge areas; with a 1-hour charge, 7 kW charging adds around 30 km of range. The car comes with a smartphone app which can locate the car, report on its locking, alarming, and charging status, and start its battery preconditioning and/or cabin heating/cooling.