More than 100 people, including two policemen and employees of the Sindh Chief Minister House, were arrested in Karachi on Tuesday as the traffic police began taking action against people traveling on the wrong side of the road.

The action was taken as part of the crackdown ordered by Karachi AIG Dr Amir Ahmed Shaikh to arrest and seize vehicles of those who are found to be travelling in the wrong way. Another 7,000 commuters were issued challans as police treated elderly violaters and those with families leniently. According to a traffic police spokesperson, over Rs 930,000 was fined in total during the day’s action. 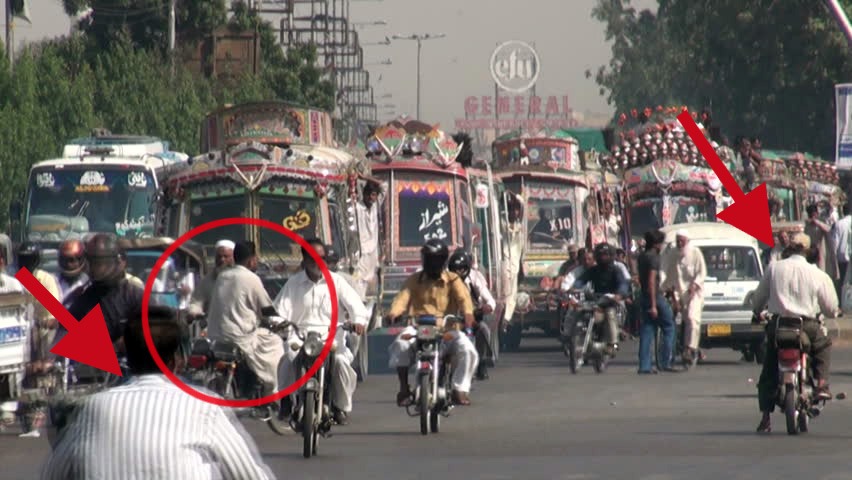 The arrests are being made under Section 279 (rash driving or riding on a public way) of the Pakistan Penal Code. Among the first offenders caught as part of the action were two police officials, who were arrested for driving on the wrong side near Zainab Market and were later shifted to Artillery Maidan police station.

Related: How to Prevent Cars From Overheating in Traffic Jams

Action against wrong-way goers was started in all areas after the Karachi police chief issued directions to ensure implementation of traffic rules and regulations. AIG Shaikh had visited several busy roads of the metropolis on Monday, and in a meeting with police officers decided to implement a plan to improve the flow of traffic on major thoroughfares.

Later in the evening, AIG Shaikh issued orders for the release of all violators after seeking assurance that they will never violate the law again.