The all new Kia Carens has made its global debut in India today. This is the fourth product in South Korean automaker’s portfolio in Indian market, out of which 3 made their world debut in India, first being the Seltos, then the Sonet and now Carens.

Kia earlier used the Carens name to market an MPV which was retired few years ago, however the name has now been resurrected for this brand new vehicle. While Kia does not call it an SUV or MPV, the new Carens is essentially a three-row vehicle with a classic blend of SUV and MPV attributes. In terms of dimensions, the all new Kia Carens measures 4,540mm in length, 1,800mm in width and 1,700mm in height while having a wheelbase of 2,780mm which is the longest in the segment. Design wise, the fascia is characterized by a flat bonnet and an upright nose that’s distinctly divided into two parts. The upper portion features a slim grille and a split headlamps grouped together within a contrasting black trim. The Carens gets Y-shaped LED DRLs with the main headlamp cluster positioned below. Kia’s signature ‘Tiger nose’ styling element is no longer on the grille, but is instead subtly created with the chrome trim below. Towards the side, Kia Carens boasts a strong character line that starts from the headlamps, blends into the doors and then again emerges at the rear to meet the tail lamps. The Carens also gets body cladding over the wheel arches and along the length of the doors to establish an SUV-inspired appearance. At the rear, the there is a pair of wraparound LED tail lamps that are connected via a slim LED strip. The rear windshield is slightly raked and also features an integrated spoiler. The tailgate is upright and just like the front, gets an aggressively styled bumper with silver inserts. 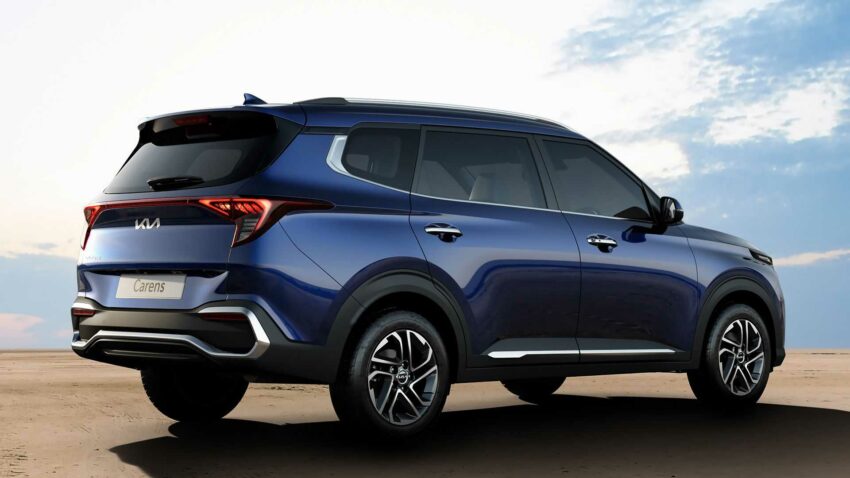 Inside, the stylish dashboard looks well connected to the new breed of Kia vehicles with 10.25-inch infotainment screen (lower variants get an 8.0-inch screen), below which the AC vents have been integrated seamlessly along the width of the interior. Carens also gets a new touch-based panel with toggle switches for operating the climate controls. There are roof mounted AC vents to improve the cooling at the rear rows, however this rules out the possibility of a large panoramic sunroof. 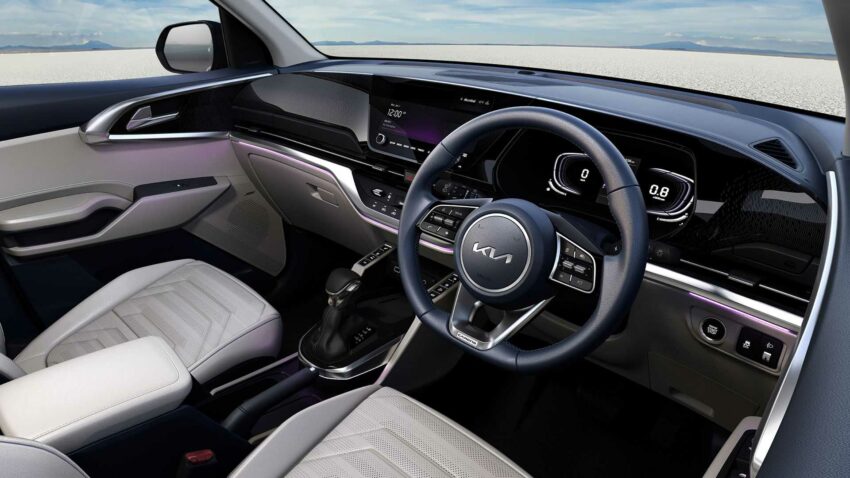 The new Kia Carens also gets a fully digital instrument cluster, an 8-speaker Bose sound system and a multi-function steering wheel with buttons for audio controls, voice commands and calling. The Carens will be available in both 6- and 7-seat configuration. It also gets electrically powered, one touch tumble down feature for the second row for easy access to the third row of seats. 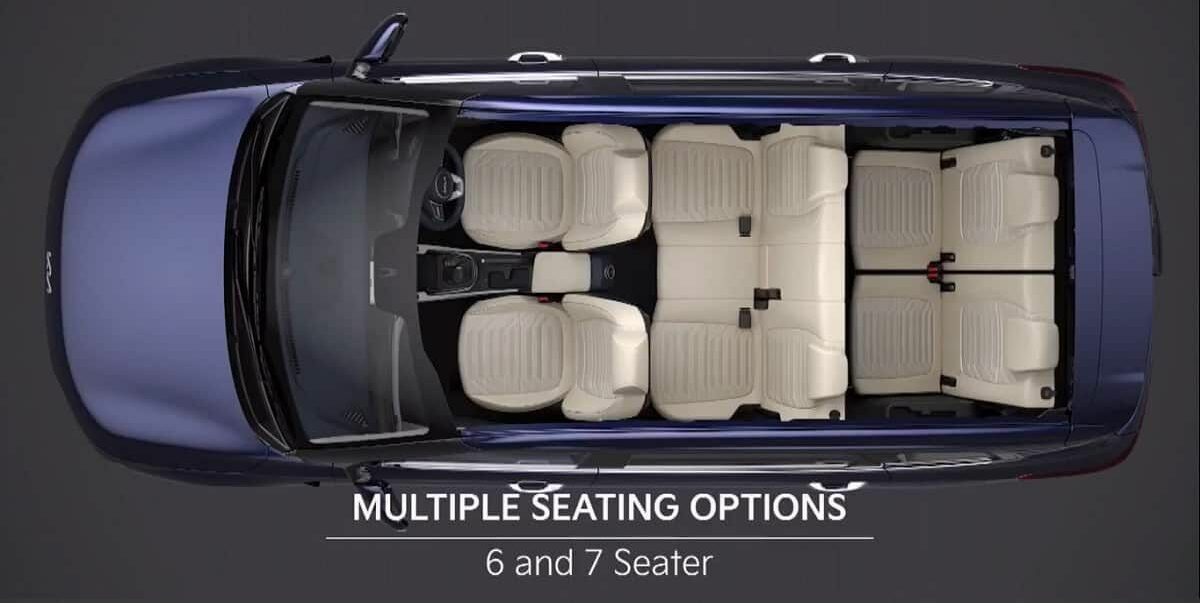 The new Kia Carens will go on sale towards the first quarter of 2022 and will compete against the likes of Suzuki XL6 and its cousin Hyundai Alcazar in Indian market. After India, the new Carens will be introduced in other markets including the Middle East, Oceania and South Africa. 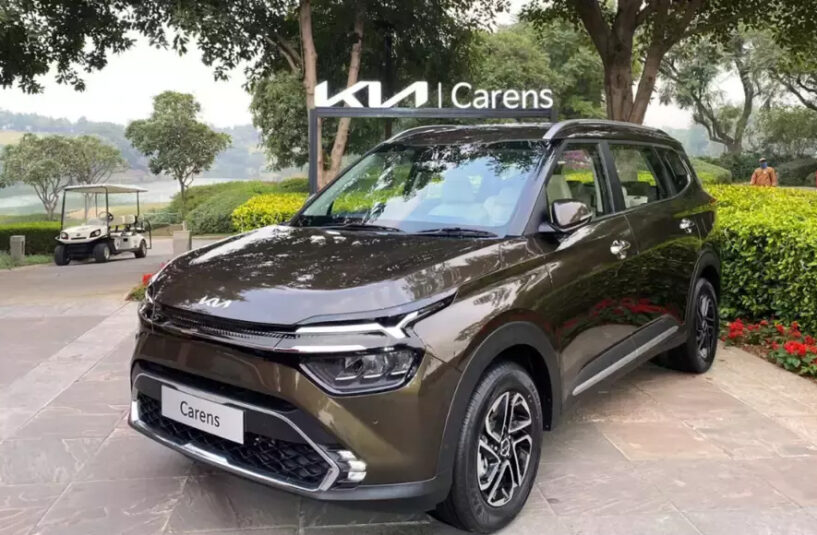 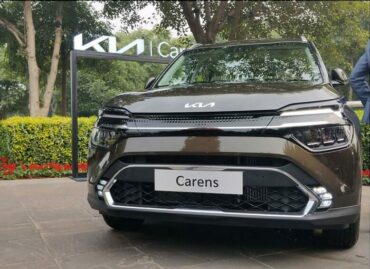 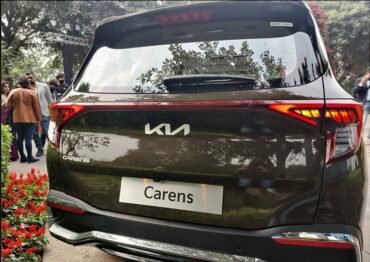 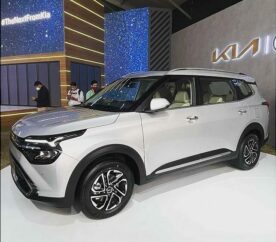 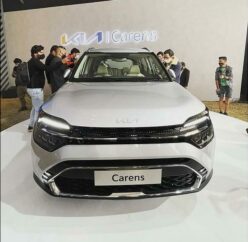 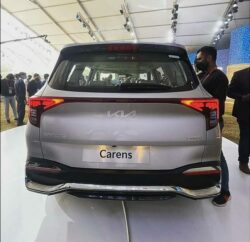