Kia has just unveiled the new Sportage PHEV for North American markets. The new Sportage which made its world debut in mid 2021 was previously available with naturally aspirated diesel & petrol, turbocharged and hybrid engine options depending on the market. The Sportage PHEV will initially go on sale later this year in North American markets, and will likely be introduced in other international markets later on. According to reports, an all-electric Sportage is also on cards.

The Kia Sportage PHEV gets a 1.6L turbocharged four-cylinder engine good for 177 hp but is coupled with a 66.9 kW electric motor and a lithium polymer battery with power sent to the wheels via a 6-speed automatic transmission. Kia has also equipped the Sportage PHEV with a 7.2 kW high-efficiency on-board charger that will take approximately 2 hours to fully charge when connected to a Level 2 charger. 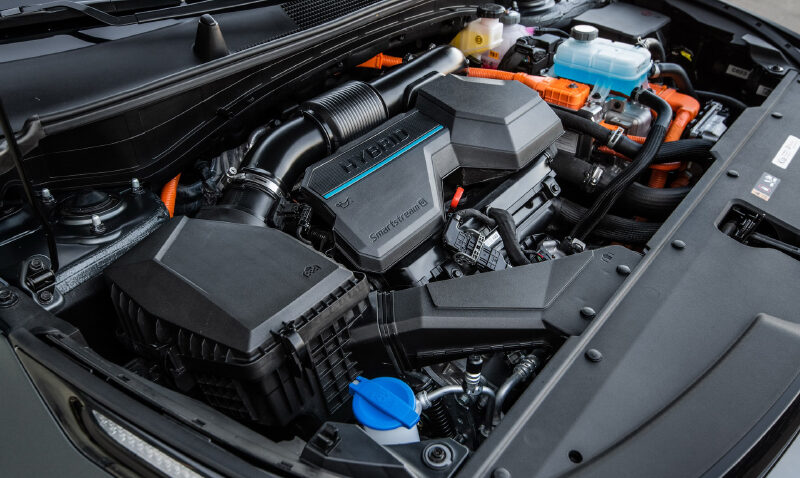 Although Kia hasn’t released the total system-wide power figures yet. However looking at the same engine and electric motor components as the Sorento PHEV, it can be assumed that the Sportage PHEV will have a combined maximum power of 230 hp and peak torque of 350 Nm. The maximum range in all-electric mode is around 52 kilometers.

Two variants namely X-Line and X-Line Prestige are offered, both of which have the same external appearance as the regular model in almost all respects, except for the electric charging socket cover located above the right rear wheel arch. 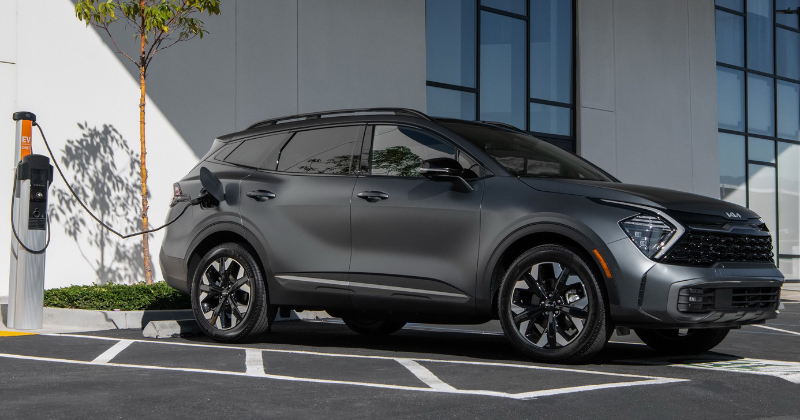