People love that “new car smell.” For most new cars it’s a mixture of plastics, stain resistant fabrics and maybe some actual leather, as well. It’s a complex olfactory chorus of odors that elicits an emotional response.

At car companies like Nissan there are professionals part of whose job is to sniff carefully and ensure every new car has that unique new car smell. So many demands are made on materials used inside of a car– they have to last for years, must be easily cleanable, withstand extreme temperatures, and so on– that expecting them to also smell nice is a lot to ask. 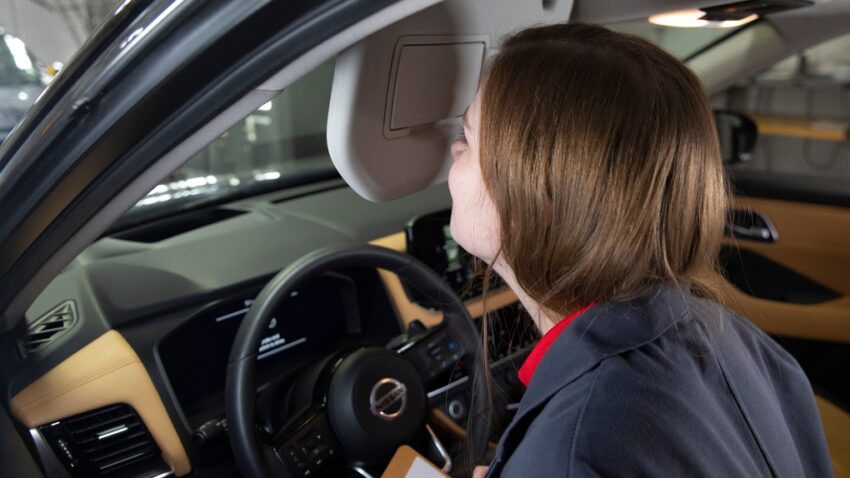 But these difficult demands are why carmakers employ people like Tori Keerl, a materials engineer at Nissan’s technical center in Farmington Hills, Michigan. She oversees a team of odor experts who carefully analyze the smells of everything that goes inside of new Nissan vehicles. Keerl was originally hired as a plastics materials engineer, but, partly because plastics make up the majority of materials inside of a non-luxury vehicle, she was soon given overall responsibility for the way Nissan vehicles smell inside.

As a new model is being developed, Keerl and her team sniff test individual vehicle parts, such as steering wheels, seat cushions and visors, before they are put into the vehicle to make sure they have a pleasant, or at least inoffensive odor. She says:

Smells in the front seat can be vastly different from smells in the back seat, she said. In the front seat, there’s a far greater range of materials near the nose. Besides leather or fabric seats, there are the plastics on the dashboard and whatever the center storage console is made from. There are also all the bonding materials, threads and adhesives that hold these things together. In the back seat, you’re much more surrounded by just seat materials. There are seats in front of you, behind you and under you. Then there’s the smell of the carpet material underfoot. 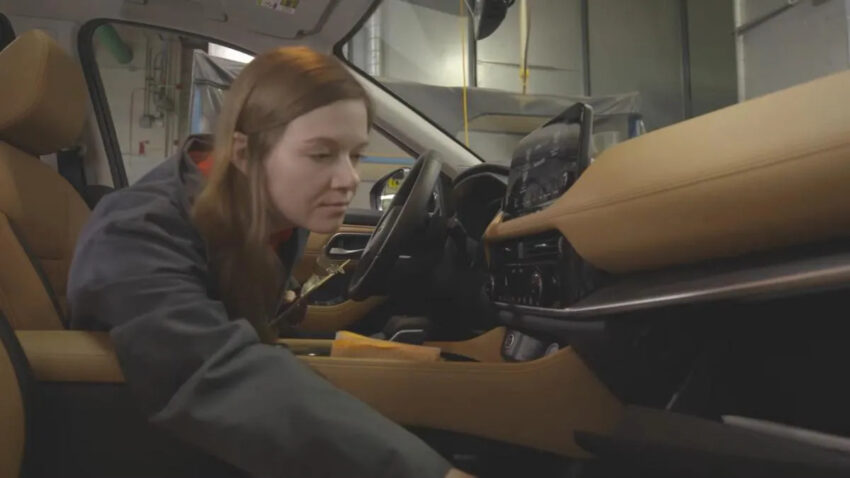 Even though all the components in the car have, by that point, been pre-smelled before being installed in a prototype vehicle, there are still surprises. As with cooking, some smells that are just fine, or even very nice, on their own can come together to create a hellish funk. Or sometimes there was a smell that was somehow missed in all the earlier sniffing. 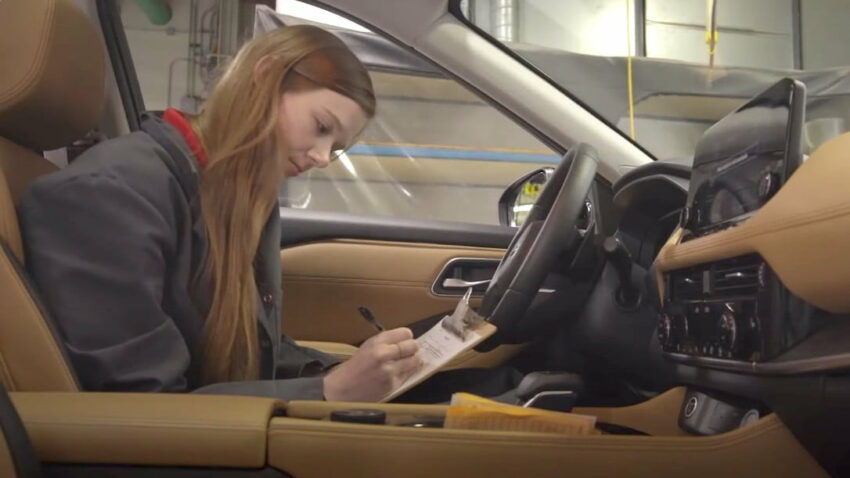 Then, Keerl’s team has to start investigating. She and the members of her team are all “certified smellers.” Keep in mind these days there is a specific training and certification that involves carefully administered smell identification tests. Smellers begin their investigation in much the same you would try to find a weird odor in your own car. They methodically sniff every inch of the inside of the car until they narrow down where the offending smell is coming from. Once they narrow down the odd odor, they begin the process of teasing out exactly what material, or combination of materials, is causing it.

Often, a surprising off-smell in the fully assembled vehicle is due to a supplier having changed some aspect of how a part is made. In that case, Keerl said she’ll work with the supplier to find what has changed and see if the problem can be fixed. Because a person’s sense of smell can change over time, even day to day, the professional smellers are regularly re-certified with blind smell tests. They are provided with unlabeled vials of different scents and asked to identify each one. Smelling an odor without seeing what it’s coming from is a tough ask indeed. 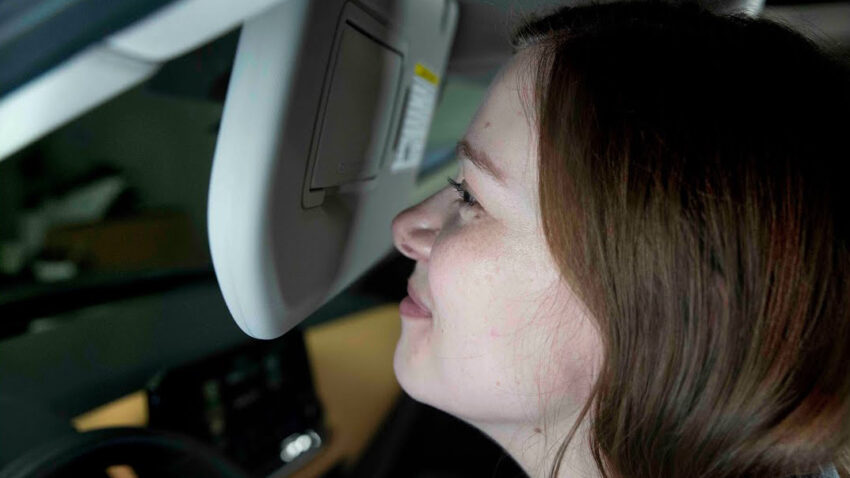 Because attitudes towards smells vary from one culture to another, Keerl’s work is focused on cars intended for North American customers. Car buyers in Europe and Asia may not appreciate a smell that’s perfectly appealing for North American buyers. They might not like the “new car smell” Americans appreciate, preferring no smell at all.