The Rawalpindi administration has issued a travel advisory for the tourists coming to Murree to enjoy the weather after the city received three inches of snowfall.

Deputy Commissioner (DC) Rawalpindi Muhammad Ali Randhawa advised tourists traveling to Malka-e-Kohsar to strictly follow the advisories to avoid traffic jams on roads as the town has a limited parking capacity of 4,000 vehicles but 50,000 cars have so far been entered Murree. He said the tourists should get weather updates and traffic-related information by calling on 051-9269019 prior to traveling to Murree, adding that tourists should keep the air pressure in their vehicle’s tires low and always avoid stopping their cars in the middle of the road for capturing selfies and photos. 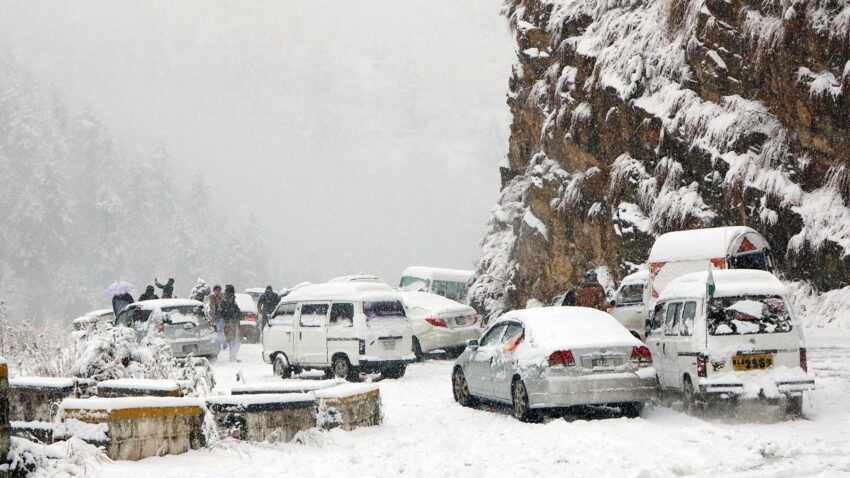 He said that a large number of vehicles illegally parked on either side of the roads further have reduced the space available for vehicles to move forward. All restaurants were seen jam-packed with tourists and the demand for woollies and dry fruits also goes up, as the temperature falls below the freezing point. The number of traffic wardens under the supervision of inspectors had also been deployed at all important points of the area, the DC added.

Randhawa warned that strict action would be taken against the violators and no leniency would be shown in this regard. The police also requested the drivers to keep in their lanes if there was some blockage on the road to avoid any traffic jam and to save the time of visitors.