Tourists have flocked to the Kaghan valley of Khyber Pakhtunkhwa’s Mansehra district in record numbers this Eidul Azha, with hundreds of thousands of vehicles choking the roads and causing a record-breaking traffic jam in the scenic tourist site.

According to local police department, as many as 700,000 vehicles entered the valley during the Eid holidays breaking the previous record of around 500,000 vehicles which carried tourists yearning for natural beauty to the region nearly 5 years ago. Commenting on this, District Police Officer Asif Bahadur said:

“We have welcomed tourists in around 0.7 million vehicles to this picturesque valley and the influx of nature lovers is still on its peak even on the fifth day of the holiday. Police are doing their utmost to manage the traffic flow despite the arrival of record numbers of tourists in the valley.”

It took 12 hours for tourists to travel from Balakot to Naran, a distance that normally takes around 3 hours on ordinary days. “There is an unimaginable influx of tourists since Prime Minister Imran Khan recently visited this piece of heaven on earth and termed it more beautiful and scenic than Switzerland,” Mahnoor, a tourist from Karachi, said, adding that most of the visitors had to spend their nights in vehicles or on roadsides because hotels were packed in the entire valley. 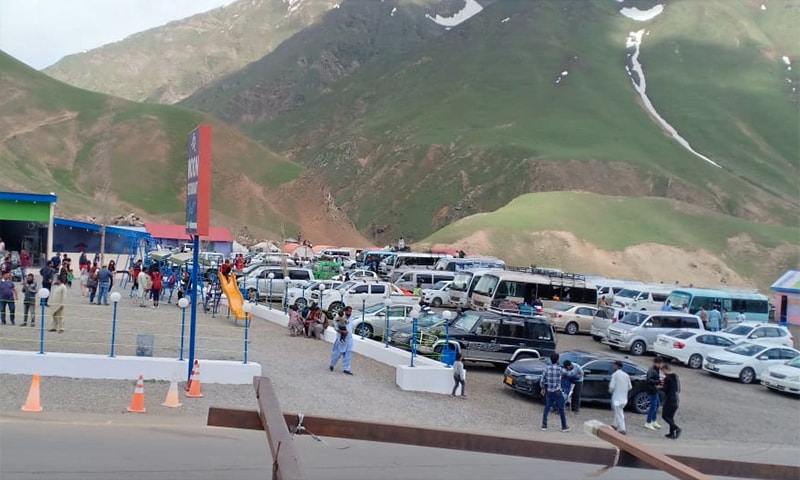 Some tourists pointed out the need for developing the area’s capacity to handle such large numbers of visitors. “If the prime minister is sincere in achieving his tourism vision – Clean and Green Pakistan – he should first erect the infrastructure to deal with such massive influx as one has to travel on potholes, uneven surfaces and rocks while passing through MNJ road,” said Mohammad Akram, adding that nature lovers wanted to visit not only the Kaghan valley but other such destinations too but they lacked proper facilities. 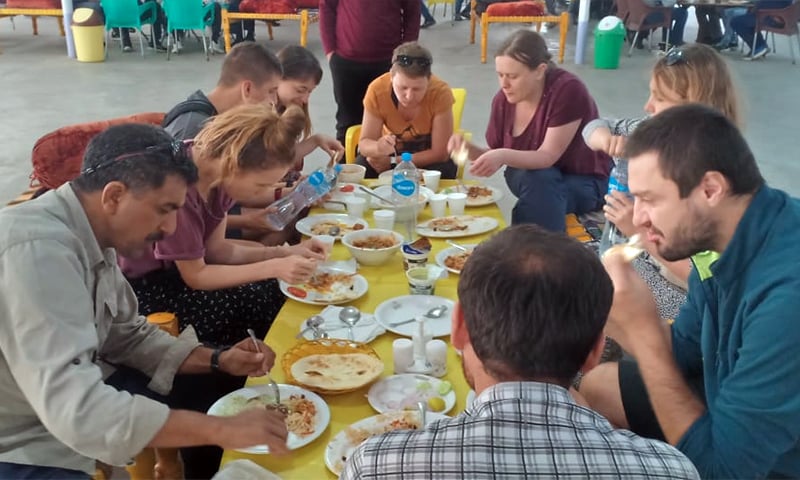 Foreign tourists have also thronged Kaghan valley this Eid and were seen enjoying the local culture and cuisine along with the hospitality extended to them by the local business community. “We have welcomed foreign tourists to our restaurants in Naran and Bassal areas and they enjoyed halwa and other traditional foods being offered in the valley,” a hotel owner said. The business community is providing maximum relief to the visitors, he said. “We have been strictly following the coronavirus SOPs set by the government for the tourism industry,” he added.