Up to 19 Died After Being Stranded in Murree Snowfall

Around 16 to 19 people have died after their cars were stranded because of snowfall and traffic congestion in Murree. Massive number of tourists had flocked to the hill station for the first time in 15 to 20 years which created a big crisis, informed the Interior Minister Sheikh Rasheed.

Rawalpindi and Islamabad administrations, along with police are working to rescue those stranded, while 5 platoons of the Pakistan Army as well as Rangers and Frontier Corps were called on an emergency basis. The minister said that around 1,000 cars were still stuck on the hill station, confirming that “16 to 19 deaths have occurred in their cars.” Murree administration had closed all routes to the hill station and was now allowing only vehicles planning to take food and blankets.

In late December 2021, Murree town which has a limited parking capacity of just 4,000 vehicles witnessed several thousand cars entering the area causing huge traffic jams. The situation worsened with extensive snowfalls making hundreds & thousands of cars with many people in them, stranded in several inches of snow. According to Chief Traffic Officer Taimoor Khan, since snowfall started on Monday morning, more than 155,000 vehicles had entered Murree and 135,000 had so far left. 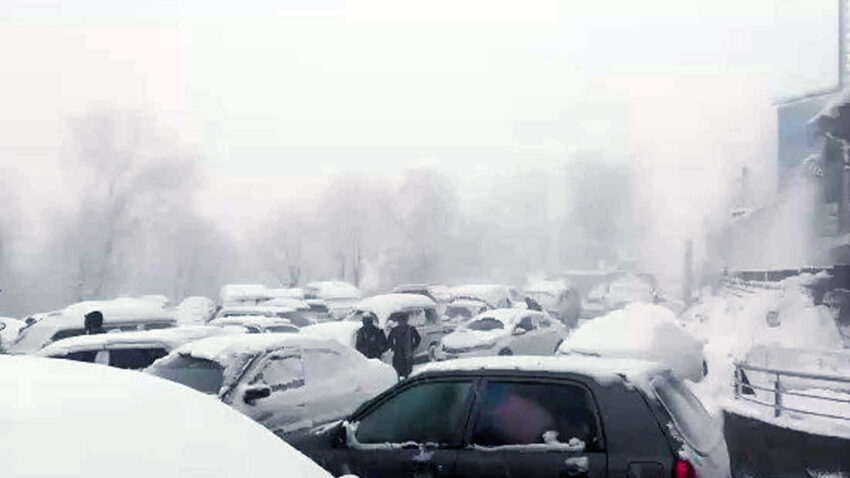 Last night was terrible for people stuck in Murree, many died due to extreme weather. Pl. Take care of your family and friends and avoid hill stations.