Neta ‘Magic Kid’ is a Wonder for Young Ones

You might have come across generic battery powered kiddie cars which are often made to look like a popular car. But you might not have come across a purposefully built one, by the automaker itself. Meet, the electric kiddie car called ‘Magic Kid’ which is produced by Chinese electric vehicle maker Neta that comes under the umbrella of Hozon Auto.

The Magic Kid is an adorable shrunken down version of Neta S EV which recently went on sale in China.  The Neta Magic Kid is aimed at young kids of affluent families. Its not at all a cheap mimicry of the Neta S, in fact it has proper retractable door handles, just like a real electric sedan. There are side mirrors mounted on the doors painted in body color while the stalk in black. The Magic Kid rides on beautifully crafted alloy wheels, plus there are ventilated brake discs with red brake calipers as well. 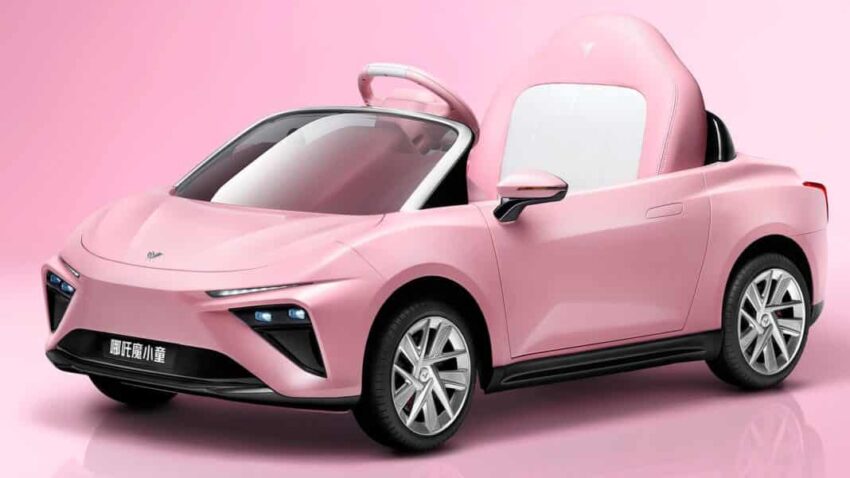 The fascia perfectly resembles the Neta S EV, the headlights light up in similar fashion too with slim LED DRLs on top while the main units are located on the bumper section below. It even has a small frunk up front where kids can keep their stuff. The back is again exactly same like the Neta S with full-width connected LED light strip, an embedded ducktail spoiler, and fake exhausts which adds to the character of the little EV.

For kids to operate, there is a centrally mounted seat so obviously only 1 kid can drive the little car at a time. The ‘inside’ of the vehicle matches the exterior paint scheme, there is a flat-bottomed steering wheel having a horn and Neta logo in the middle. The steering even has the bulging grippers give a ‘real’ feel to kid’s driving experience. On the left side, there is an infotainment system having a music player with USB connectivity. On the right side of the steering wheel is the drive selector lever; move up for forward and back for reverse- simple. 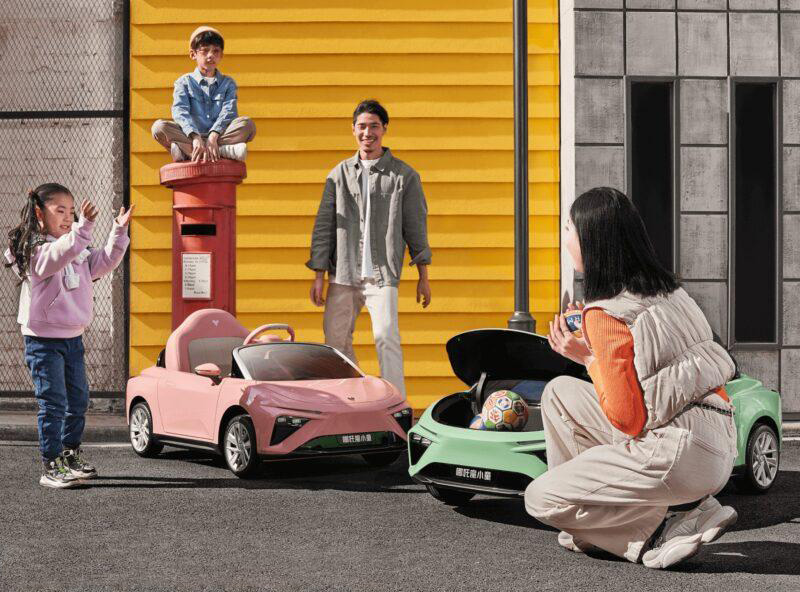 The floor mat shows a cartoon drawing of a sporty Neta S convertible, too catchy for kids. Even the pins that hold the floor mat have Neta logo on them. Parents can also use an app-based remote control with override function to control the vehicle, for if the kid is unable to control the car or to avoid them bumping into something.

The Magic Kid can ride 8 kilometers or for 2 hours on a single charge, and can cruise at a maximum speed of 4 km/h. The Neta Magic Kid costs 2,999 yuan which translates roughly into PKR 90,500. 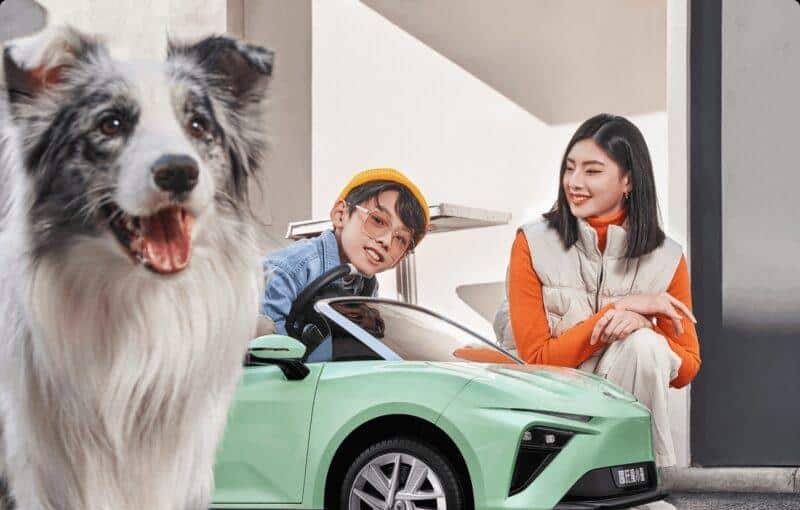