Honda launched the new second generation BR-V in Indonesia in September 2021, and almost a year later it was introduced in Thailand last month.

Available in two variants (E, and EL), the Thai-spec BR-V gets powered by a 1.5L naturally-aspirated DOHC i-VTEC four-cylinder petrol engine that delivers 120 hp of power and 145 Nm of torque with drive being sent to the front wheels via a CVT gearbox as standard in both variants. 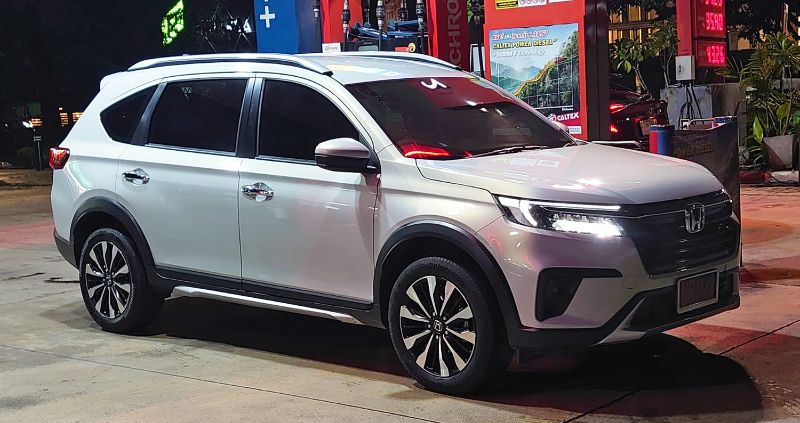 Recently Thai motoring portal HeadLightMag tested the top-spec EL variant of new Honda BR-V which cost 973,000 baht (PKR 59.07 lac). According to the findings of the test, the new BR-V takes 11.75 seconds on average to reach from 0 to 100km/h. This was calculated in four different runs with BR-V reaching the 100 mark between 11.73 and 11.76 sec in all instances. 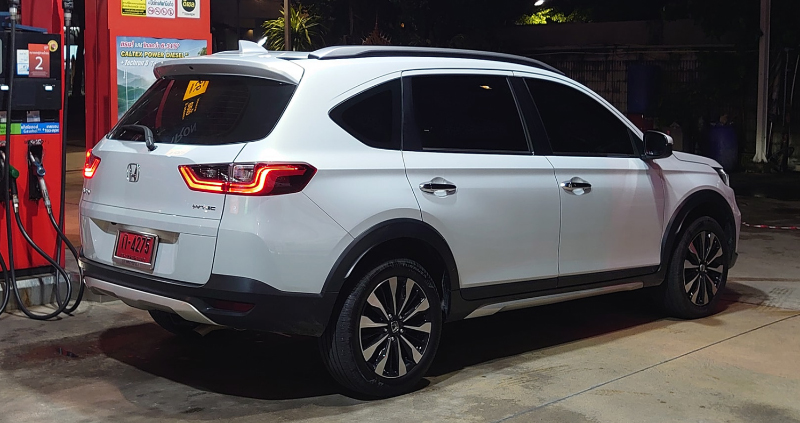 The time to reach 120 km/h speed from 80km/h needs another 8.72 seconds as per the test. The report also concludes that the top speed on gauge is 168 km/h. The test also revealed that the speed on the gauge (as expected) was slightly different than the reading on the GPS. For example when the gauge showed 100km/h, the speed on GPS was 96.7 km/h. 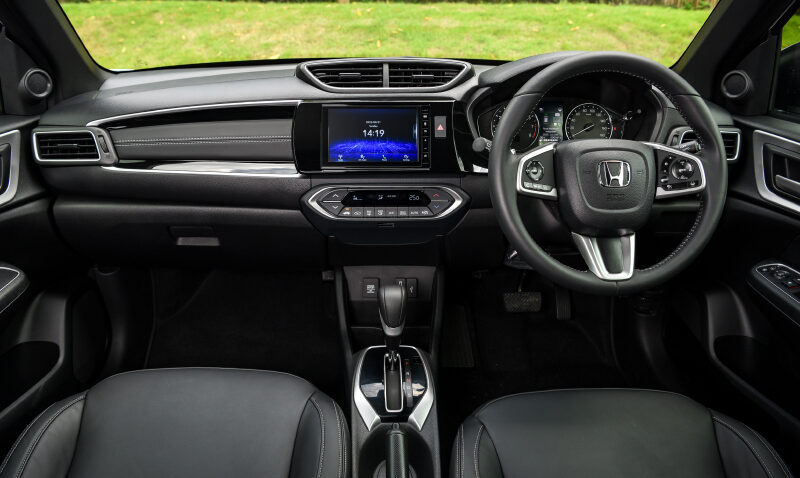 The average speed during the test was 110km/h with air-conditioned operated & 2 people on board. And the fuel economy was found to be 16.0 km in a liter. These figures place the new BR-V on the 2nd spot among the mini MPVs tested by the famous Thai portal. 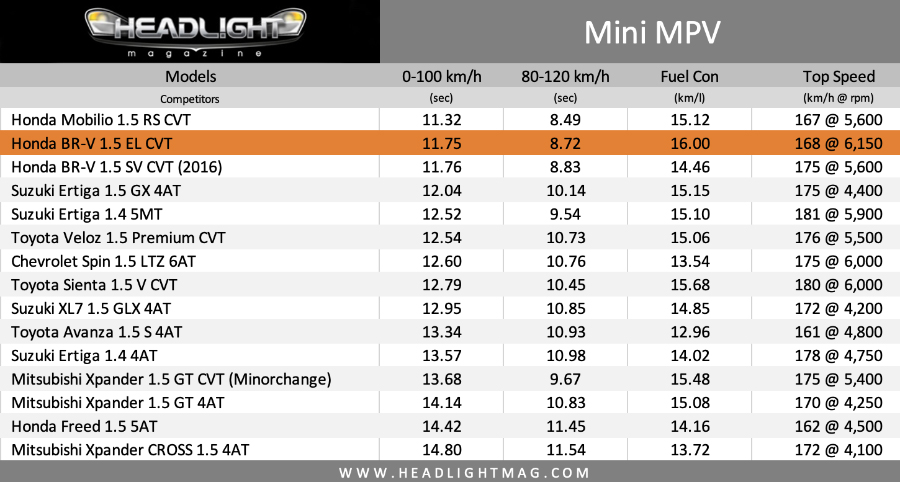 After Indonesia and Thailand, the all-new BR-V is destined to be introduced in Malaysia and other ASEAN & regional markets. We will have to wait & see when Honda Atlas in Pakistan replaces the current BR-V with this new second generation model.