Lucky Motor Corporation (LMC) has reverted the discounted price of Peugeot 2008 Active which is now available on its original price once again. Launched earlier this year, Peugeot 2008 crossover wasn’t able to pick up sales momentum, hence the discount was offered.

In June, LMC slashed the price of Peugeot 2008 by Rs 251,000 applicable on the base Active variant only after which it was available for Rs 4,999,000 instead of Rs 5,250,000, however the price of flagship Allure variant was unchanged at Rs 5,850,000. The company mentioned that this offer was going to be valid for a limited time only. 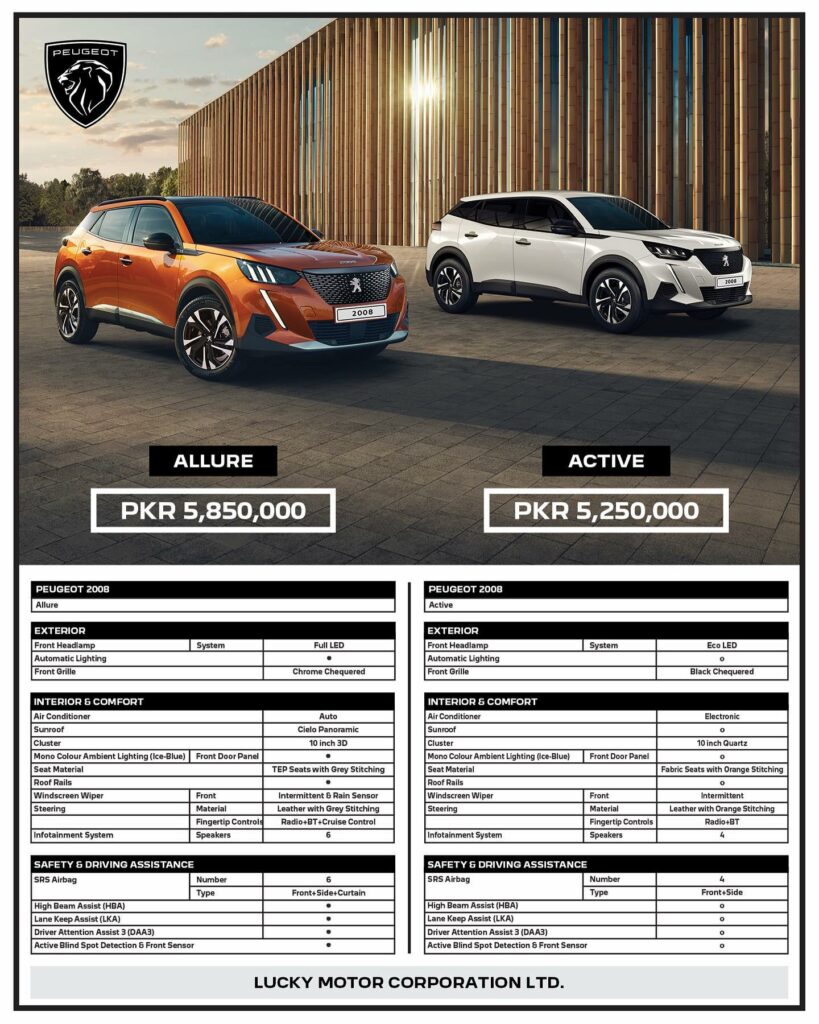 Now LMC says they have received an overwhelming response on what the Peugeot 2008 has to offer, so the price of Active variant has been reverted back to Rs 5,250,000. Still if we see, the prices of both the Peugeot 2008 variants haven’t seen an increase ever since the vehicle was introduced. On the other hand, during this time other automakers including LMC’s own Kia has pushed the prices of its cars up to 3/4 times within just 7 months of this year.

With a price difference of Rs 15.0 lac (Sportage AWD vs Peugeot 2008 Allure) and Rs 14.0 lac (between FWD and Active) the Peugeot 2008 now looks a lot more attractive buying option than before. The question is, how long will LMC retain these (launch) prices?